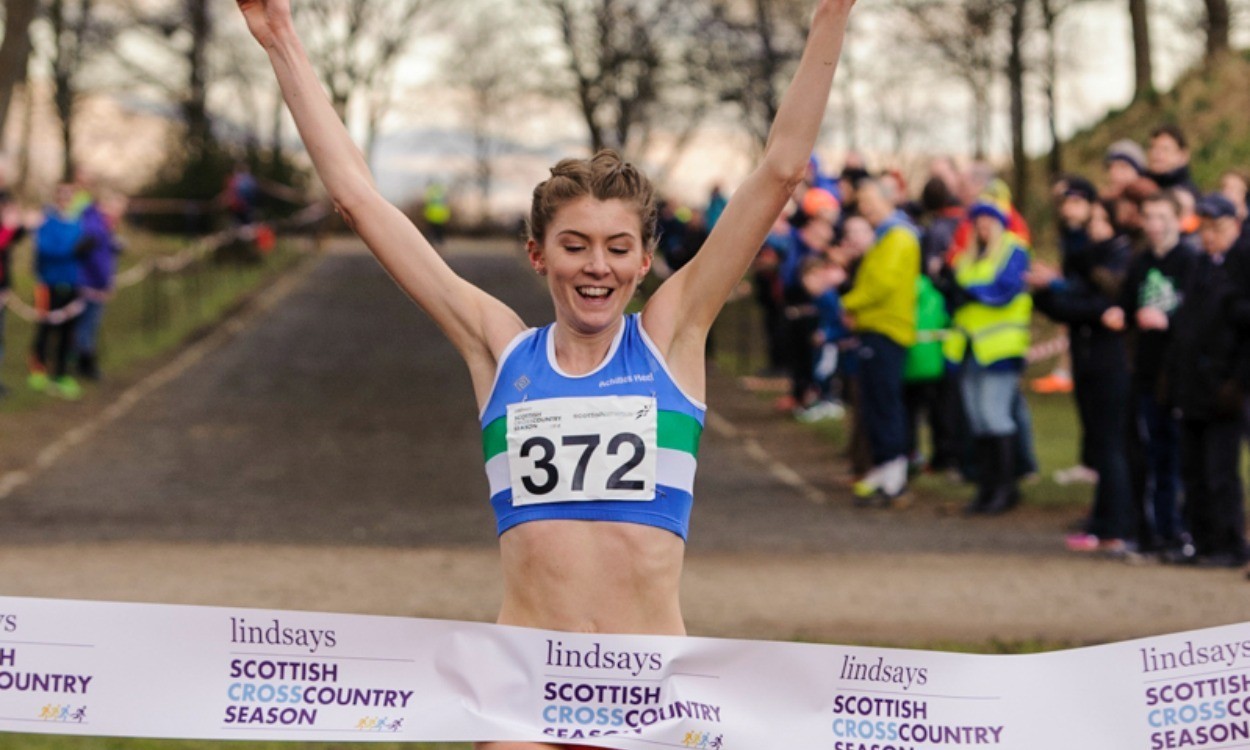 Beth Potter and Andrew Butchart were the senior winners at the Scottish Cross Country Championships at Callendar Park on Saturday.

Butchart had turned down the opportunity to contest for the British 3000m title in Sheffield – and chase World Indoors selection – in order to deliver a successful title defence. The Dunblane-based athlete’s victory also helped lead his club, Central AC, to a sixth victory in a row in the men’s team race.

Potter, too, is a serial winner over the mud and hills of Falkirk having won a number of age group golds and other medals before taking her first senior women’s championship back in 2013.

Potter followed that up quite emphatically on Saturday with a success she insisted featured something a ‘detour’ from her pre-race instructions by her coach, Mick Woods.

“I really enjoyed that today,” said Potter, as she came home in 29:45 over the 8km course and well clear of Fionnuala Ross of Shettleston and Rosie Smith of Hunters Bog Trotters. Olympian Freya Ross, the six-times winner, had to settle for fourth this time in her comeback year.

“My coach, Mick Woods, told me to sit-in on the first lap and advised me not to make too much of a break or go off like a rabbit. In the end, that’s exactly what I did! I just got up the first hill, felt pretty good and wanted to keep it going.”

“I’m glad I came here and it is nice to win it for the second time,” said Butchart, who won in 40:02. GB international hill runner Andy Douglas was second in 40:17, with Mark Mitchell of Forres third in 40:45.

“I wouldn’t say it was a comfortable win but after the first lap I managed to establish a bit of a lead and kept that ticking over thereafter. Not all that many men have won this title on two or more occasions so that means a lot to me, my coach (Derek Easton) and my family.”

The finisher numbers of just over 1700 represent a record in this event since men’s and women’s championships merged and also topped the overall tally for 1987 when more entries were received in what was then just a male-only event.

Inverclyde AC’s Jonny Glen made it a hat-trick of wins as he won a second under-20 title emphatically after also winning under-17 gold. Fife AC’s Steph Pennycook topped the podium for the first time as she won the under-20 gold in the same race in which Anna MacFadyen of Forres struck a blow for the north by taking the under-17 gold.

Scotland international hill runner Tristan Rees of Fife proved his strength on the hilly sections to take the under-17 men’s title while Lewis Pentecost of Falkirk Vics was a ‘local hero’ as he enjoyed under-15 glory on his home course.

Edinburgh AC’s Eloise Walker won the under-15 girls race and the new under-13 champions are David Addison of Corstorphine AAC and Lily-Jane Evans-Haggerty of VP-Glasgow.

The senior women’s title was claimed by Cari Hughes in 20:45 from Heidi Davies and Abbie Williams.

Full results for all of the races can be found here.

» An online English National Cross Country report can be found here, while the March 3 edition of AW magazine will include reports, pictures and results from all three events