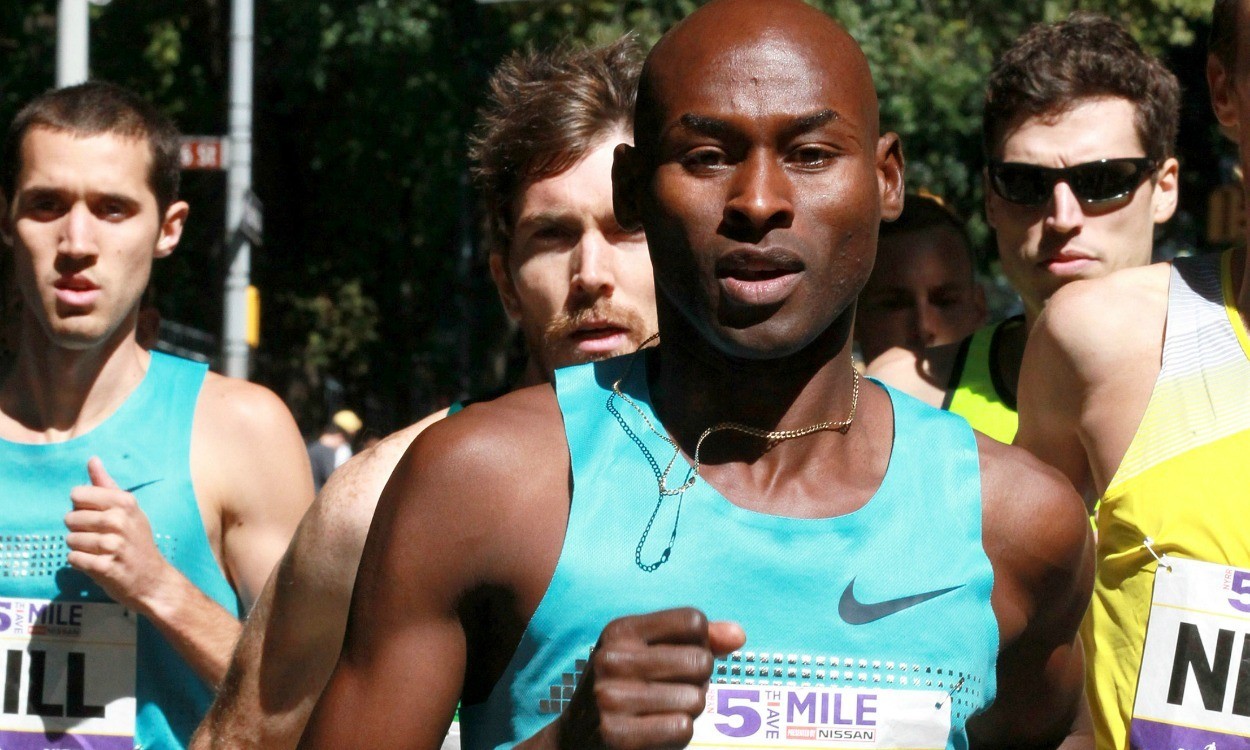 The 41-year-old will become the oldest ever US Olympic runner after his victory on the penultimate day of the US Championships, which also saw wins for Justin Gatlin and Devon Allen

Bernard Lagat clocked a 52.82 last lap en route to winning the US 5000m title on Saturday (July 9) to secure his spot for his fifth Olympic Games.

The 41-year-old’s victory in 13:35.50 on the penultimate day of the US Championships in Eugene means he will become the oldest ever US Olympic runner when he lines up in Rio next month.

Moving from sixth to first during that rapid last lap, Lagat pipped Hassan Mead, who clocked 13:35.70, and Paul Chelimo, who ran 13:35.92, as the top three booked their berths for Rio.

“The last 400 meters was exciting,” said Lagat, who had contested the 10,000m earlier on at the championships but did not finish. “My head was just counting the numbers. I was thinking to myself we have one, two, three, five people ahead of me.

“I was feeling composed, because my coach told me, ‘Do not react too early, because if you are going to kick with 400 meters to go, you might miss it.’ All I had to do was concentrate, be patient, and wait until there was 100 meters to go. I wasn’t surprised that a lot of athletes were in front of me; I knew that was going to happen. If I remained composed and patient, I was going to make it.”

Eric Jenkins was just .06 behind Chelimo, while Olympic 10,000m silver medallist Galen Rupp, who had claimed his eighth consecutive US title over 10,000m the week before, placed ninth in his bid to add to the Rio places he has already achieved in the 10,000m and marathon.

Neither 2013 world 110m hurdles champion David Oliver or world record-holder Aries Merritt will be on the US team for Rio after Oliver withdrew ahead of the final with a hamstring injury and Merritt missed out on the chance to defend his Olympic title by just 0.01 less than a year after undergoing a kidney transplant.

NCAA champion Devon Allen, also an American football wide receiver for the University of Oregon, ran the race of his life to clock 13.03 and win the trials, gaining a place on the team for Rio along with Ronnie Ash and Jeff Porter, who both clocked 13.21.

Porter, the husband of British 100m hurdles record-holder Tiffany Porter, will join his wife and sister-in-law Cindy Ofili, who is also on the British team, in Rio.

The men’s 200m was won by Justin Gatlin as he completed a sprint double after his 100m victory, beating 400m champion LaShawn Merritt 19.75 to 19.79 for the first time in any national championships 200m race that two athletes have ever gone sub-19.8.

Ameer Webb held on to claim the third Olympic spot in 20.00 ahead of 18-year-old Noah Lyles, who clocked a high school record 20.09.

NCAA champion Maggie Malone won the javelin title with a throw of 60.84m for the second best throw in US trials history behind the meet record of 61.51m set by Brittany Borman in 2012. Hannah Carson threw 58.19m for the runner-up spot but she does not have the Olympic standard. Kara Winger finished third with 57.90m to make her third Olympic team, while Borman also made the team for Rio after her 56.60m for fourth.

Barbara Nwaba leads the heptathlon at the end of day one with 3903 points, helped by her winning high jump PB clearance of 1.90m, but NCAA champion Kendell Williams is just 11 points behind her after running the fastest times in both the 100m hurdles (12.99) and 200m (23.67).