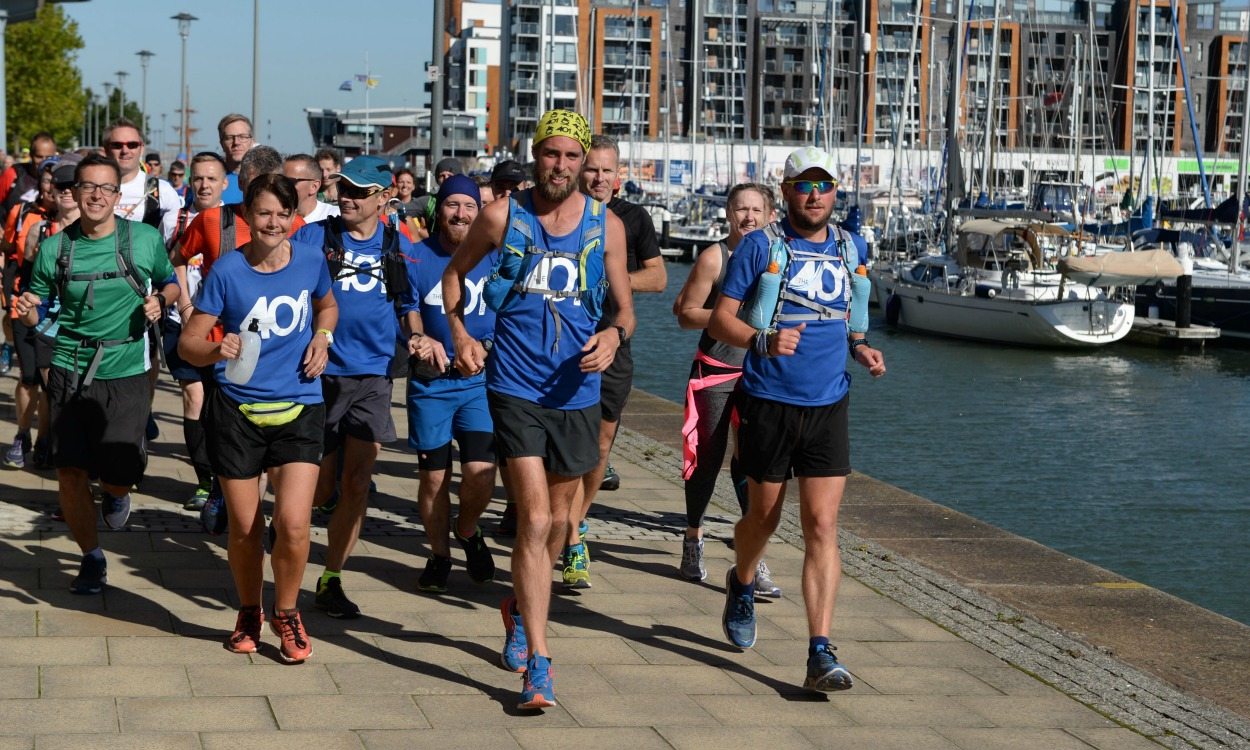 Ben Smith reflects on an incredible journey after running 10,512 miles over more than a year

Runners the world over will be familiar with the ‘post-marathon blues’ – the feeling that hits you when the big challenge you’ve been planning and preparing for is done and leaves behind something of a void.

Well, imagine how you might feel if the challenge you had just completed had been to run the equivalent of 401 marathons in 401 days, meeting and running with new people every day. Imagine, too, that your life had changed beyond all recognition during that time and that you had returned to find there was no ‘normal’ any more.

This is precisely the scenario that Ben Smith, the man behind The 401 Challenge which has raised hundreds of thousands of pounds for charity – as well as highlighting the issues around bullying – has been coming to terms with since he crossed the finish line in Bristol on October 5.

He has achieved what he wanted to – and more. His hard work has brought opportunity. He and his partner Kyle are in the midst of setting up a foundation, Smith is now in demand as a motivational speaker, no fewer than 460 schools would like him to visit in the New Year, he has a book and a TV documentary in the pipeline – plus awards and recognition continue to pour in.

While he is certainly not complaining, there has been a lot for the 34-year-old to take in. He realised all was not entirely well the day after his incredible running journey came to an end.

Having covered a total of 10,512 miles, Smith knew it wouldn’t be a good idea for his body if he just stopped completely. He hadn’t bargained, however, on how he would feel when he tried to keep going.

“It was like suddenly my life had no meaning any more, it was like I had no goals, I didn’t know who I was, I didn’t feel like I knew what my purpose was any more”

“So when I finished on October 5 the plan was to go out on the 6th and run a half-marathon. Well, I tell you, after October 5 … talk about a comedown!

“It was like suddenly my life had no meaning any more, it was like I had no goals, I didn’t know who I was, I didn’t feel like I knew what my purpose was any more. I went from such a high to a rock-bottom low.

“I went out on October 6 and I managed around eight miles, in the dark, on my own and I thought ‘I can’t do this, I’m not enjoying this’. I’d lost that kind of passion. I went out the following day and did 11 miles, then during  the following weekend I started to get quite ill. That’s when I thought I needed to just take some time and re-evaluate so that’s what we did.”

The re-evaluation brought regular visits to a personal trainer and a return to his running club in Bristol. Given all that’s happened, however, the challenge facing Smith now is, somewhat ironically, finding time to exercise.

“I haven’t lost my passion for running but I’ve lost my direction a little bit,” he admits. “But, as you can imagine, afterwards the press went mental! We’ve got awards coming out of our ears, which is all lovely but it’s all time consuming as well.

“We’re away almost all the time so finding the time to actually do any exercise at the moment is nigh on impossible!”

Finding an equilibrium has been a challenge, too.

“I didn’t sleep for three weeks,” Smith reveals. “I went to bed, tired, but then suddenly my heart would be racing – or it would feel like it was racing – and that would send adrenalin round my body, which would mean I’d be wide awake.

“I’m sleeping better now and things are starting to calm down but my mood is still all over the place. I’ll go from being absolutely fine one minute to absolutely raging the next and have no idea why!”

There’s no denying, however, the sheer joy that Smith has uncovered in the course of the past year or so. He is, clearly, making a difference.

So is there any temptation to ever put himself through something like this again?

“When you’ve done something like this, people do automatically think ‘well what’s next?’,” he says. “But we don’t necessarily want to move on quickly from this because we’ve found that it’s had such a profound effect on people’s lives. We want to really harness this and move this forward in the form of a foundation.

“(At the moment) there isn’t time for another challenge, but that’s not to say that there won’t be in the future. I kind of live my life in that way now. I’m never going to say never to something.”

» To donate to The 401 Challenge, visit www.the401challenge.co.uk

» Read Ben Smith’s reflections on an incredible journey and a remarkable year in December’s Running Monthly, free inside the latest issue of Athletics Weekly magazine