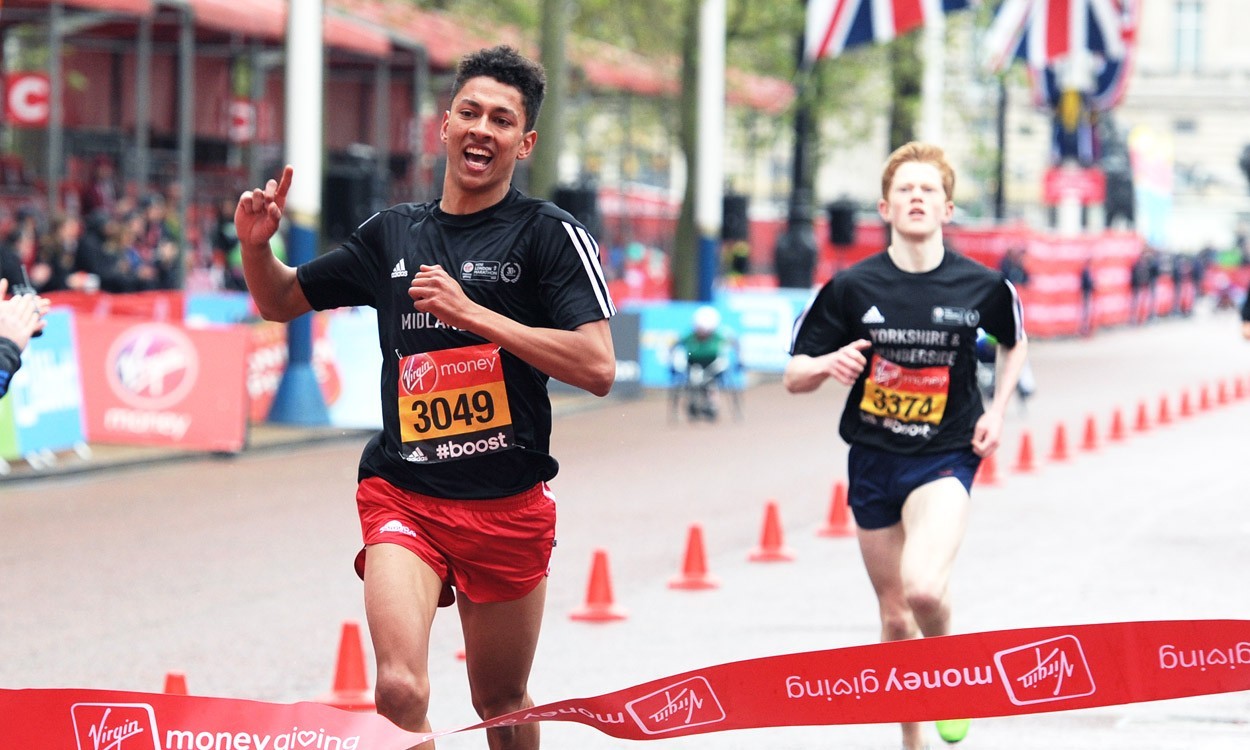 Many of the stars of the recent cross country season took to the roads of the British capital on Sunday for the Virgin Money Giving Mini London Marathon.

Competing in six age-group races for British Athletics or London Borough race titles, the teenagers were the first athletes to compete on London Marathon day and were following in the footsteps of past Mini Marathon winners such as Mo Farah, Alistair Brownlee and David Weir.

Top of the class of 2015 were Ben Dijkstra and Harriet Knowles-Jones, who won the under-17 men’s and women’s races down The Mall in chilly and damp conditions.

Dijkstra’s victory was narrow as he pipped James Gormley by a second with London Boroughs winner Alex Yee third. But Knowles-Jones, who was denied a trip to the World Cross Country Championships last month due to visa problems, beat Sabrina Sinha by almost half a minute.

“I had a pretty good race overall. I’m looking forward to doing triathlon next,” said Dijkstra, who races mainly in running events during the winter but then triathlon in the summer.