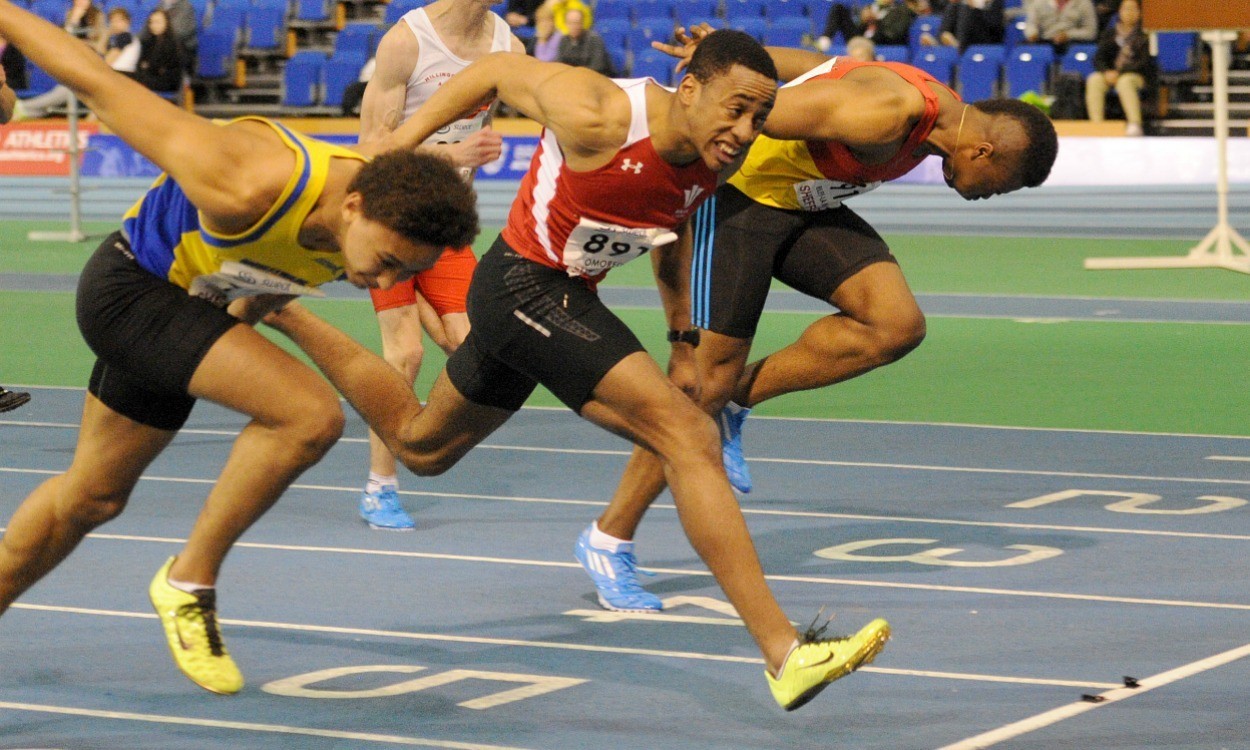 Frenchman Wilhem Belocian blasted to a time of 12.99 over the barriers on day three of the IAAF World Junior Championships in Eugene, USA, to become the first ever junior to dip under 13 seconds.

His time took 0.15 off the previous world junior 110m hurdles record set in 2011 and was easily enough for gold as Jamaica’s Tyler Mason also went under the old record mark for the junior height barriers with 13.06 for an area junior record and the silver medal. Bronze went to Britain’s David Omoregie who clocked 13.35 for GB’s third medal of the championships – Morgan Lake and Dina Asher-Smith having won golds the day before.

“It wasn’t a good race technically but to come away with a medal I’m still happy with that,” said Omoregie. “I’ve just got to take away as many positives as I can to help me in my senior career.”

Machel Cedenio of Trinidad and Tobago ran 45.13 for 400m, breaking the national junior record, as Britain’s Jack Crosby clocked 46.63 for fifth which followed a personal best of 46.35 set the day before. Kenya’s Margaret Wambui was a surprise winner in the 800m as the 17-year-old ran 2:00.49 for an African youth best to beat Cuba’s Sahily Diago with 2:02.11. Joining his team-mate in victory was Jonathan Kiplimo Sawe who ran 3:40.02 to win the 1500m.

There was an Asian 1-2-3 in the long jump as China’s Wang Jianan won gold with 8.08m ahead of team-mate Lin Qing with 7.94m and Japan’s Shotaro Shiroyama with a wind-assisted 7.83m.

Among the stand out performers on day three was Britain’s 17-year-old Tom Somers who ran a European youth 200m record of 20.37 to cruise through to the final. With that time he goes second on the world youth all-time list with only Usain Bolt having ever run quicker at that age.

Shannon Hylton also progressed in the women’s event with 23.36, while Shona Richards and Jessica Turn now compete in the 400m hurdles semi finals and Amy Eloise-Neale in the 3000m steeplechase final.

Taylor Campbell advanced to the hammer final as Harry Coppell and Adam Hague both progressed to the pole vault final.

» Results from day three can be found here