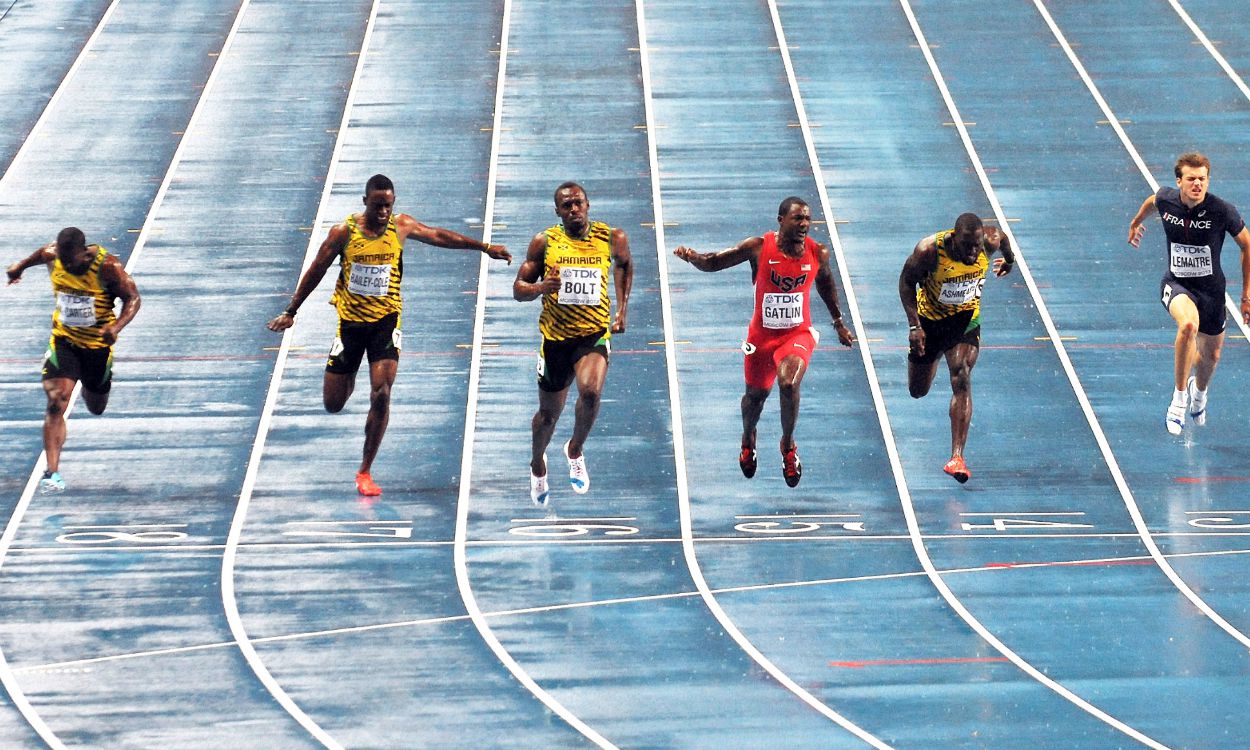 Usain Bolt and Justin Gatlin go head-to-head, while Kirani James is another going for gold at the IAAF World Championships in Beijing

» 100m
With the four fastest times in the world this year, it’s hard to look beyond Justin Gatlin. This is even despite the presence of Olympic gold medallist, defending world champion and world record-holder Usain Bolt.

Gatlin has been mightily impressive lately with times of 9.74-9.78 from May to July. Naturally, though, his victories have been accompanied by cheers and jeers due to his history of twice having failed a drugs tests and his generally unrepentant attitude.

The winner in not only 2013 but also 2009, Bolt has not been at his best during the past couple of seasons but he showed good signs of being close to his best when clocking 9.87 at the Sainsbury’s Anniversary Games.

» 200m
Like the 100m, Justin Gatlin leads the rankings with 19.57 and 19.68. Usain Bolt isn’t even the fastest Jamaican this year, as Rasheed Dwyer has run 19.80, but after his encouraging 100m win at the Anniversary Games in London the Olympic champion and world record-holder is expected to mount the biggest challenge to Gatlin in his strongest event. Zharnel Hughes is one of Britain’s leading medal contenders in Beijing.

» 400m
Olympic champion Kirani James is an automatic choice of favourite for several reasons. He was a superb winner at London 2012 and is only aged 22, while his arch rival LaShawn Merritt, the world champion in Moscow two years ago, has not been in great form in 2015. British champion Rabah Yousif is joined by Jarryd Dunn and, after a successful appeal, Martyn Rooney in the GB team.

» 110m hurdles
Orlando Ortega leads the world rankings with his 12.94 from Paris but the 24-year-old won’t be competing for the world title after deciding to switch his allegiance from Cuba to Spain. USA’s David Oliver will be looking to retain his title but it won’t be a walk in the park as France’s Pascal Martinot-Lagarde, USA’s world record-holder Aries Merritt and Jamaicans Hansle Parchment and 12.97 man Omar McLeod are among his rivals.

» 400m hurdles
Bershawn Jackson could win a second world 400m hurdles title a decade after his first, with the American possessing the quickest time in the world so far this season and having won at events including the Doha, Lausanne and Monaco Diamond League meetings. Behind Jackson this season in the world rankings is 2014 US champion Johnny Dutch.

» 4×100m relay
Although it is the USA who boasts the richest history in this event, it is Jamaica that has reigned supreme in recent years. However, fresh from a fast 37.38 clocking to defeat the Caribbean nation at the World Relay Championships in the Bahamas earlier this year the big athletics powerhouse looks in a very strong position to dethrone its small Caribbean rival in Beijing. Anything can happen in a relay, which leaves the door wide open for other teams to pick up medals. Headed by sub-10 man Chijindu Ujah, GB could well feature, if they can get the baton round cleanly.

» 4×400m relay
This event has become the USA’s ‘baby’ with eight titles won over the years and indeed, the nation looks likely to add another gold medal to the collection. Jamaica has been six-time silver medallists in this event and the nation could pick up a seventh in Beijing, while the Bahamas could pose a challenge for a minor medal as could Great Britain.

» The above are bite-sized extracts from the August 20 edition of Athletics Weekly magazine, which includes much more in-depth event-by-event previews, news, stats, rankings and predictions and is available to order here or read digitally here