Barshim and Adams among winners in AW Readers’ Choice Awards 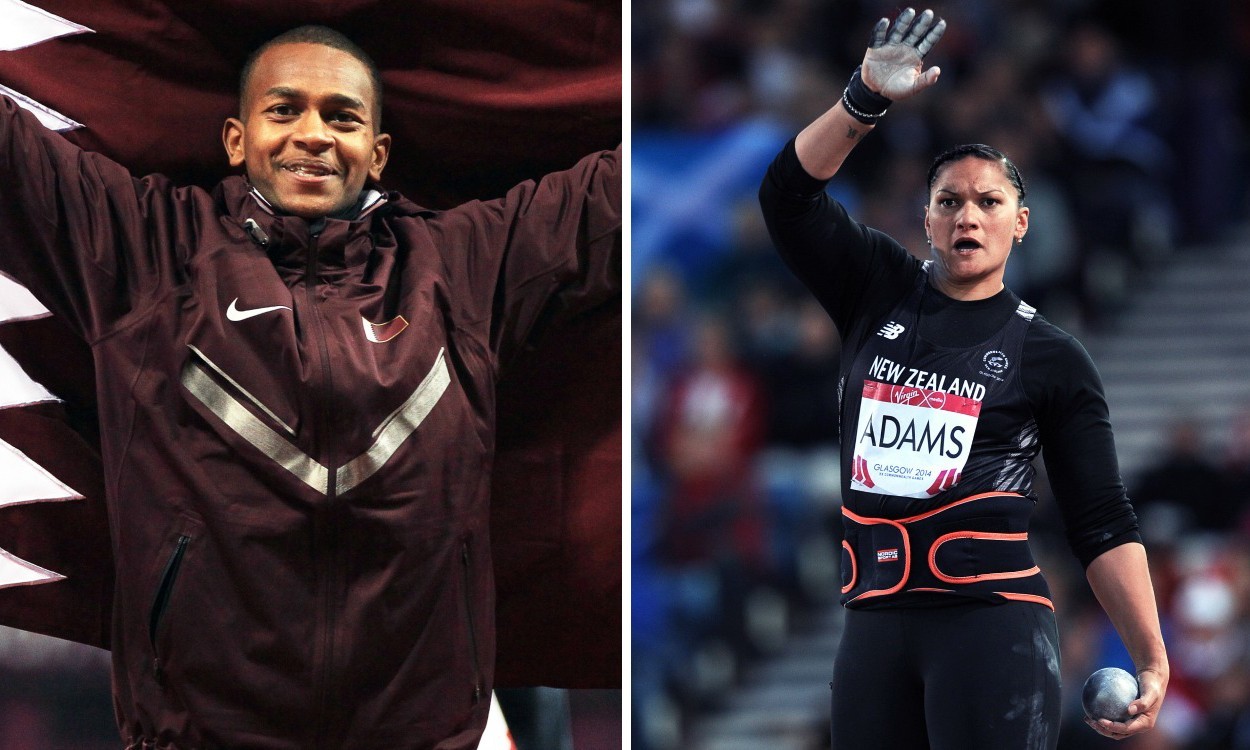 The thousands of votes have been counted and and here are the names of the athletes of 2014, according to Athletics Weekly readers

The end-of-year awards season has been in full flow for at least the past month, with athletes honoured and magic moments revisited. Not wanting you, the readers of Athletics Weekly, to miss out on having your say, instead of simply selecting the athletes and performances that have most impressed the team behind this magazine we wanted you to get involved, too.

Votes came flooding in, with thousands of fans taking part in our online poll. While these accolades are just a bit of fun and there is no real hardware up for grabs, we think being voted as an athlete of the year by the fans of the sport must surely be a real honour.

So here are the winners of the 2014 AW Readers’ Choice Awards, with percentages for the top three in each category. For the top five in each of the 10 categories see the three-page awards feature in the December 4 edition of Athletics Weekly magazine, which is available digitally here or to order online here.

Given the incredible battles over the bar we have been treated to in 2014, it’s no surprise to see a high jumper voted as the 2014 international male athlete of the year.

Mutaz Essa Barshim has emerged as a true track and field icon for Qatar and was one of the ambassadors for Doha’s recent successful bid to host the 2019 IAAF World Championships.

His clearance of 2.43m in Brussels in September was an Asian record and a mark that only world record-holder Javier Sotomayor has bettered. The 23-year-old also won world indoor gold as well as Asian indoor and outdoor titles and claimed overall victory in the Diamond League.

Some questioned the inclusion of twice convicted drugs cheat Justin Gatlin on the list of stand-out athletes in 2014, but his seventh place finish in this poll with 6.7% of votes proves he still has his fair share of supporters.

She won in this category in 2013 after another unbeaten year and in 2014 Valerie Adams has continued her winning ways, taking her unbeaten streak to an incredible 56 competitions.

The world leader with a season’s best of 20.59m provided seven of the nine furthest throws this summer.

Beating last year’s winner, Adam Gemili is the 2014 British male athlete of the year with Mo Farah relegated to the runner-up spot.

A runaway winner, Jo Pavey claimed almost half of all the votes in this category – surging ahead just as she did to win European gold in Zurich.

Then 40 years of age, the mother of two became the oldest female European champion with that 10,000m victory to claim her first major title just 10 days after she bagged Commonwealth 5000m bronze in Glasgow.

Despite concentrating on the triathlon, Ben Dijkstra impressed on the track and country this year and counts English Schools victories and PBs over 1500m and 3000m among his achievements.

The 16-year-old also won triathlon gold at the Youth Olympics in China.

This record-breaking winner claimed world junior 100m gold in 2014 and also made it to the European 200m final.

Dina Asher-Smith broke the UK junior records for both the 100m and 200m this summer, her 11.14 for the shorter distance putting her top of the UK senior rankings and 22.61 for 200m putting her third. Here again she’s top, just ahead of Jessica Judd.

Paralympic, world and European champion Hannah Cockroft is a clear winner in a year which saw her claim European T34 gold over 100m and 800m.

She also broke her own 100m world record before later in the summer doing the same over 1500m.

After proving his potential early on in the season, Matthew Hudson-Smith went on to lower his personal best to 44.75 when claiming European 400m silver behind Martyn Rooney in Zurich.

Her win in the British female athlete category was clear but Jo Pavey is an even more dominant winner of the British veteran title with 76% of the votes.

The oldest ever female to win a European title beat the likes of Steve Way, with the ultra-runner having broken the UK 100km record at the age of 39 before going on to run a 2:15:16 marathon PB as an M40 when finishing 10th at the Commonwealth Games.

Moment of the year

The winner in this category? You guessed it – Jo Pavey! The 41-year-old completes her AW awards hat-trick thanks to her sensational summer.

Thank you to all of the the readers that voted!