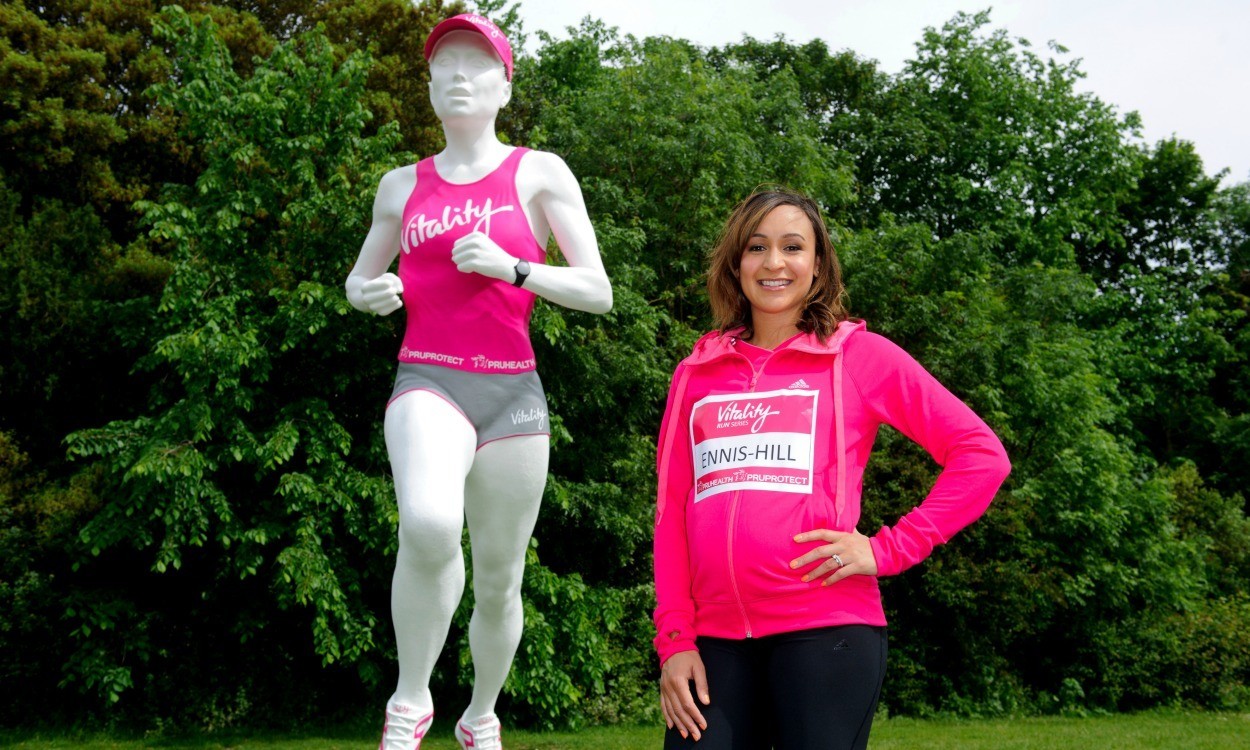 Olympic heptathlon champion has given birth to her first child

Jessica Ennis-Hill has given birth to her first child, Reggie Ennis-Hill, who was born on Thursday.

The Olympic heptathlon champion took to Twitter to share the news, posting a picture of her son and a message saying: “Our beautiful baby boy Reggie Ennis-Hill was born yesterday. We couldn’t be happier x”

Ennis-Hill announced that she and her husband Andy were expecting their first child at the beginning of this year, saying how her plans for 2014 had been “completely turned upside down” but that they were excited and overwhelmed by the news she described at the time as “very unexpected”.

It has meant Ennis-Hill has missed top-level competition for the second summer in a row following an ankle injury that ruled her out of the IAAF World Championships in Moscow in 2013.

But the 28-year-old has continued to voice her intentions to return to the sport full time, setting her sights on a return to competition in 2015 ahead of her main goal of defending her Olympic gold at Rio 2016.

The City of Sheffield athlete has not competed in a full heptathlon since the London 2012 Olympics and although she has said a switch to the 100m hurdles might be an option, she has also said how she’d like to continue to be a part of Britain’s promising future in multi-events.

“For me and my coach Rio is the main focus, but I do want to get back into some competitive action next summer,” Ennis-Hill told AW back in May while speaking at the launch of a new eight-event Vitality Run Series.