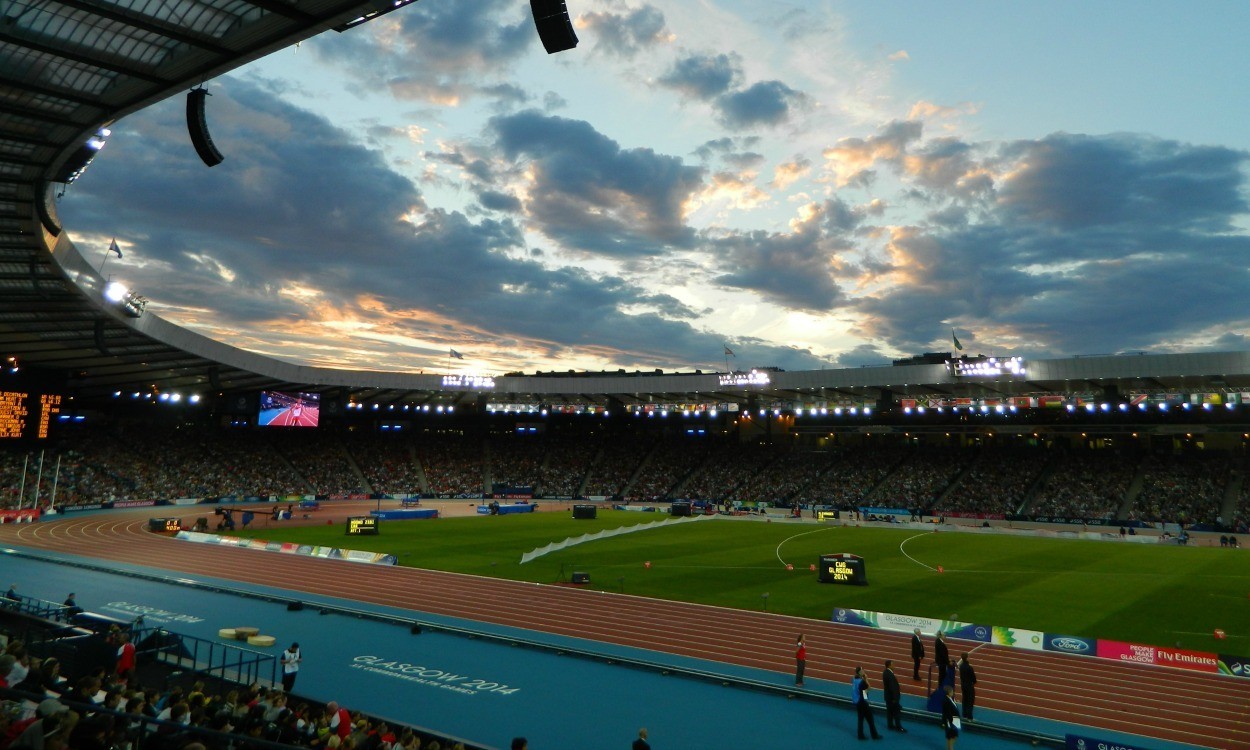 Another year is almost over and what a year it has been. From the IAAF World Indoor Championships to the Commonwealth Games and European Championships plus everything in between, it’s been an action-packed 2014.

Before we get stuck into 2015, we’ve gathered links to AW coverage from the past 12 months as a reminder of the biggest news in the world of the sport this year. Take a look at the links below and then why not share with us which stories really stood out for you in 2014? Get vocal and tweet us @AthleticsWeekly, drop us a line on Facebook or add a comment beneath this post or on our forum.

» Jessica Ennis-Hill announced she was pregnant with her first child and would therefore miss the Commonwealth Games and European Championships.

» Gemma Steel was among the winners at the Bupa Great Edinburgh Cross Country as the GB team topped the points table.

» Mo Farah ran an English record for eighth at the Virgin Money London Marathon on his debut as Wilson Kipsang won in a course record.

» May 6 celebrated the 60th anniversary of the first sub-four-minute mile by Roger Bannister and AW produced a bumper, special issue to celebrate the milestone.

» Adam Gemili was among the BUCS champions in Bedford.

» Double Commonwealth Games champion Leon Baptiste announced he would be hanging up his spikes to concentrate on a coaching career.

» Jamaica broke the 20-year-old world 4x200m record in one of a number of record-breaking performances at the inaugural IAAF World Relays in the Bahamas.

» Galen Rupp broke the US 10,000m record at the Prefontaine Classic.

» Katarina Johnson-Thompson won the Hypo Meeting in Gotzis with a world-leading PB.

» Eden Francis was among the winners at the Sainsbury’s British Championships in Birmingham as she sealed a shot and discus double.

» There were many record-breaking performances from the class of 2014 at the ESAA Championships in Birmingham.

» Georgia Malir was among the winners at the European Mountain Running Championships.

» David Weir was among the winners at the Sainsbury’s Anniversary Games.

» Katarina Johnson-Thompson was forced to withdraw from the Commonwealth Games through injury and would later also miss the European Championships.

» Dina Asher-Smith and Morgan Lake were among the gold medal-winners at the IAAF World Junior Championships in Eugene.

» Shona Richards was another of Britain’s world junior medallists as she won world junior 400m hurdles silver on the penultimate day of action, breaking the British junior record in the process.

» Greg Rutherford, Libby Clegg, Steve Lewis, David Weir and Dan Greaves were among the gold medal-winners at the Commonwealth Games in Glasgow, while Scotland’s Lynsey Sharp impressed in front of a home crowd as she overcame illness to win 800m silver. Jo Pavey battled to a brilliant bronze in the 5000m.

» Blessing Okagbare claimed a 100m and 200m sprint double for Nigeria at the Games. Kirani James broke the 400m Games record, while Kenya topped the medals table overall, assisted by a gold in the javelin by Julius Yego.

» Amantle Montsho failed a doping test at the Commonwealth Games.

» Great Britain won 12 gold medals, five silvers and six bronzes to top the medal table at the European Championships in Zurich and secure their best ever haul at the event. British golds came from Jo Pavey in the 10,000m, Mo Farah in the 5000m and 10,000m, Tiffany Porter in the 100m hurdles, James Dasaolu in the 100m, Martyn Rooney in the 400m, Adam Gemili in the 200m, Eilidh Child at 400m hurdles, Greg Rutherford in the long jump and relay victories in the men’s 4x100m and 4x400m and women’s 4x100m.

» Following her European 10,000m gold, Jo Pavey told AW why motherhood has been no barrier to her increasing success.

» Jonnie Peacock, Samantha Kinghorn and Hannah Cockroft were among the winners on the first day of IPC Athletics European Championships action in Swansea, while Aled Davies and Maria Lyle were also among those to claim Euro titles.

» Asha Philip, Ashleigh Nelson, Anyika Onuora and Desiree Henry broke the British 4x100m record at Weltklasse Zürich just 11 days after a British quartet had broken it at the European Championships.

» GB finished second on the medal table at the European Veterans’ Championships in Turkey.

» Christine Ohuruogu and Laura Muir were among the winners at the Great North CityGames.

» Mo Farah and Mary Keitany were victorious at the Bupa Great North Run, clocking the quickest ever half-marathon by a British athlete and breaking the women’s course record respectively.

» Dennis Kimetto broke the world marathon record with 2:02:57 in Berlin.

» Scientists reiterated that the effects of doping could be lifelong.

» Oscar Pistorius was handed a five-year sentence for the culpable homicide of his girlfriend, Reeva Steenkamp.

» Prosecutors announced that they would appeal the Oscar Pistorius verdict and sentence. A judge later ruled that the conviction could be appealed.

» Tirunesh Dibaba announced she was pregnant with her first child and will therefore not defend her world 10,000m title.

» Ellie Greenwood regained the IAU 100km World Championships title she won in 2010 having earlier on in the year won the famous Comrades Marathon, while Max King claimed victory in the men’s IAU event in Doha.

» Russia was accused of systematic doping, corruption and cover-ups in a German television documentary.

» Mutaz Essa Barshim and Valerie Adams were voted among the winners in the AW Readers’ Choice Awards.

» Jo Pavey was voted third in the BBC Sports Personality of the Year awards.

» The IAAF confirmed that there are to be finals in every athletics session at the Rio 2016 Olympics.

» Seven British athletes made the top five in their events in the 2014 world merit rankings.