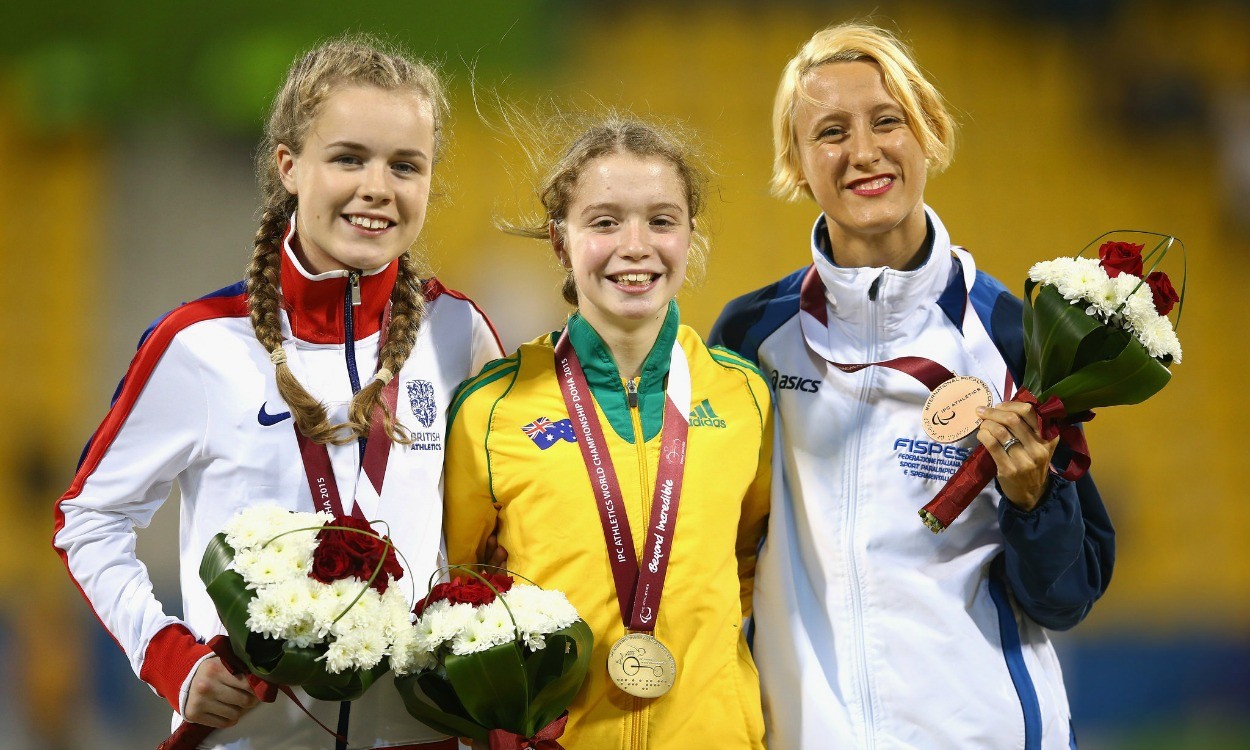 Isis Holt clocked 28.57 to take almost a second off her own world T35 200m record on Saturday, the 14-year-old getting gold ahead of her fellow teenager Maria Lyle who ran a European record 29.32 to secure silver at the IPC Athletics World Championships in Doha.

“I was quite nervous before the race,” said Australia’s Holt. “This is my first time overseas ever, so to come here and win and break the world record is so amazing for me on all levels.”

Britain’s Lyle, herself just one year older than the winner, commented: “It is a great achievement to win silver and I’m pleased with the race. I’ve run a good time and it was very close.

“It is the first time I have raced Isis but I knew it was going to be tough. It’s good to have her because it has made me train even harder this year. I’m very excited to race her again in the 100m.”

Butterfield threw a championship record of 21.44m to take the F51 club throw title, while in the T54 1500m Weir claimed his second silver of the championships after the marathon medal he won in London in April, clocking 3:04.46 behind Thailand’s Rawat Tana in the Briton’s first major track final since London 2012. Bronze was claimed by Thailand’s Saichon Konjen as Switzerland’s defending champion Marcel Hug finished fifth.

“It’s amazing to be back on the podium,” said Weir. “I’ve had an up and down season, so to pull it out of the bag when it matters, I’m happy to get a silver.”

Kylie Grimes, who represented GB in wheelchair rugby at London 2012, threw a 14.61m PB for fifth behind her winning team-mate Butterfield.

There was also a sixth-place finish for Zac Shaw in a T13 100m won by Ireland’s defending champ Jason Smyth. Michael McKillop claimed a second gold for Ireland with T38 800m victory.

Fresh from her T53 200m bronze, Samantha Kinghorn finished fifth in the 100m event behind winner Lisha Huang of China, who clocked a championship record 16.29.

Joining Holt in her world record-breaking ways on day three was Cuba’s Omara Durand, who clocked 23.38 over 200m having also broken the T12 400m record the day before. China’s Zhanbiao Hou broke the world F46 discus record three times on his way to victory, eventually claiming gold with 52.64m.