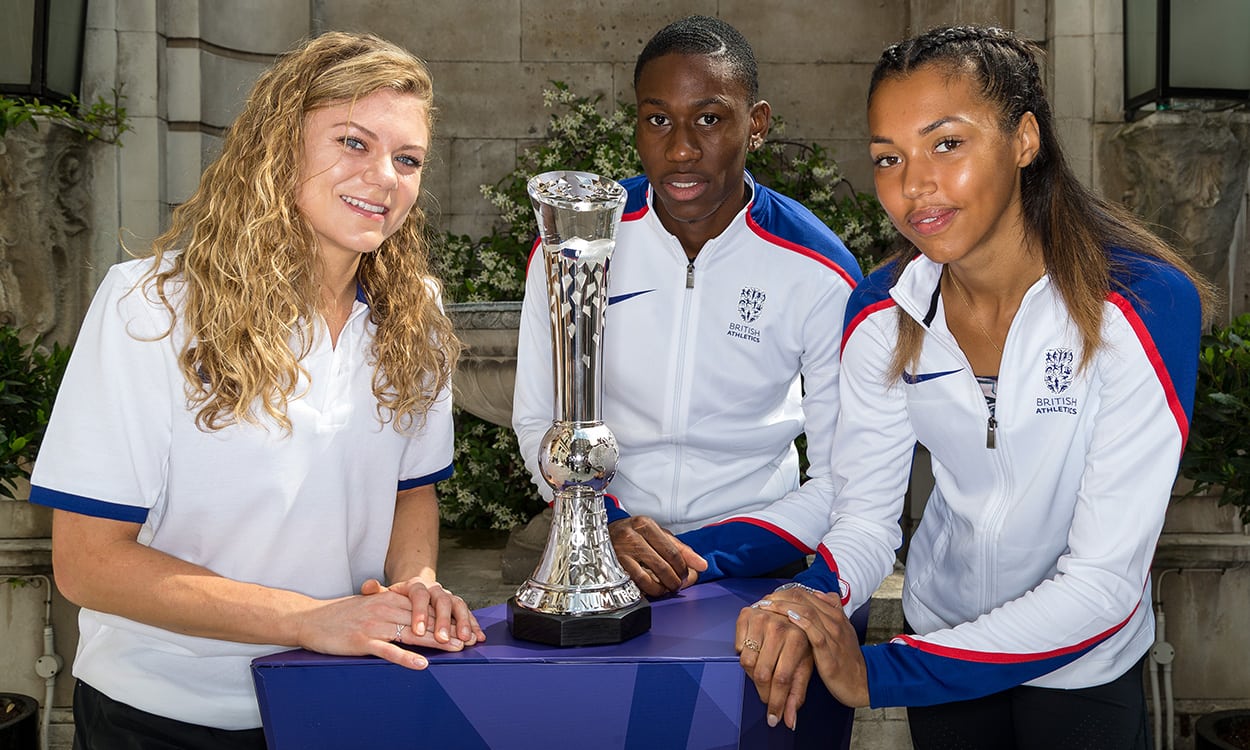 The new event will see eight nations – China, France, Germany, GB & NI, Jamaica, Poland, South Africa and USA – battle it out over two floodlit evenings at the London Stadium in a bid to get their hands on the trophy, which is believed to be the most valuable sporting trophy ever made.

Disciplines contested will include all field and track events up to and including 1500m, with just one male and one female athlete from each nation competing in each event in an all-straight final format.

The trophy reveal came on the same day as the GB team announcement, with Edoburun, Dobbin and Lake among those confirmed in the squad.

“It’s always an honour to represent Great Britain at any level so I’m excited to be at the first edition of the Athletics World Cup,” said Edoburun, Britain’s joint second-quickest 100m sprinter this year with his 10.04 PB from June.

“It’s a new format and I think it’s cool for the sport. It should be a good competition with great competitors, the stadium is beautiful. I’m just excited to get back in there and run.

“Seeing the trophy is pretty amazing,” he added. “I didn’t get a chance to hold it but I think it probably worked out for the best – I’m quite clumsy so I didn’t want to drop it! I enjoyed looking at it.”

Dobbin said: “It has been a crazy season so far for me but it feels great to be handed my senior British debut at the Athletics World Cup.

“It is a dream come true and I can’t wait to run for Britain at the London Stadium.”

Lake said: “It is always an honour to be selected to represent Great Britain & Northern Ireland, especially for a home event.

“I have such fond memories of competing in the high jump at the World Championships last year in London, the atmosphere was amazing and I cannot wait to get back into the stadium.”

Tickets are available at eticketing.co.uk/athleticsworldcup.