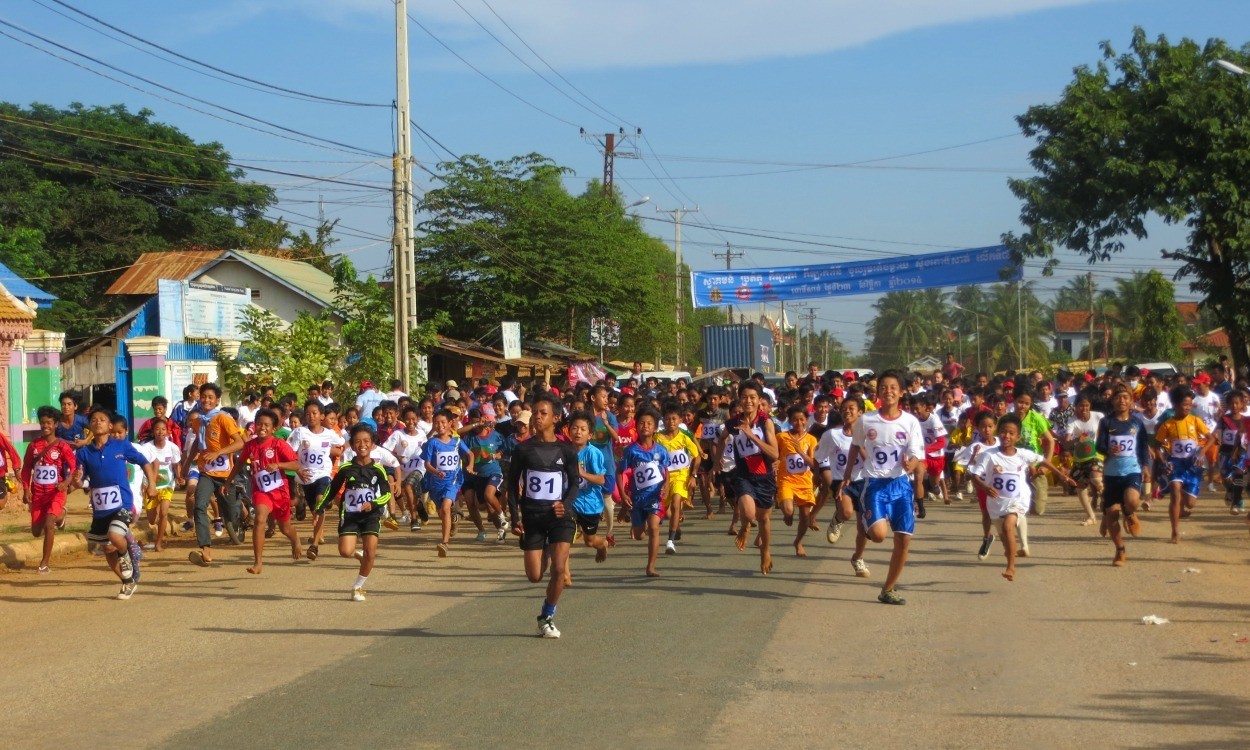 Steve Harknett recently visited Cambodia, home to only two running tracks but where the spirit of athletic endeavour is alive and well

Athletics Weekly last year started a series on the history of the World Championships, replete with stories of success from the global athletics superpowers – USA, Kenya, Russia, and of course Britain. But what about countries which never win a medal in the Worlds or even qualify to send an athlete?

In his recent president candidacy manifesto, Seb Coe reminded us that only about 60 countries out of 213 IAAF members qualify for the World Championships. One country which can only dream of sending an athlete to Beijing this year and which would be near the bottom of world athletics rankings if these existed is the south east Asian kingdom of Cambodia.

More renowned for the genocidal Khmer Rouge regime of the 1970s and the subsequent civil war until the death of the infamous Pol Pot in 1998, sport development has hardly been at the top of the nation’s to-do list in recent years. Sports facilities have been left to decay as the country’s 13 million people have struggled to lift themselves out of poverty. Add to this the lack of Cambodians’ genetic endowment for many sports (the average male height is 5ft 3in, making Cambodians among the shortest people in the world) and cronyism and corruption in sport administration, it’s not surprising that Cambodia, which has a population of 15 million, is a sporting basket-case.

Even among its neighbours in south east Asia, Cambodia barely makes a ripple on the sporting stage against the regional powerhouses of Thailand, Malaysia and Indonesia. In the biennial south east Asia (SEA) Games, Cambodia usually cleans up in pétanque, thanks to being a former French colony, and is making gains in taekwondo due to massive investment from South Korea. 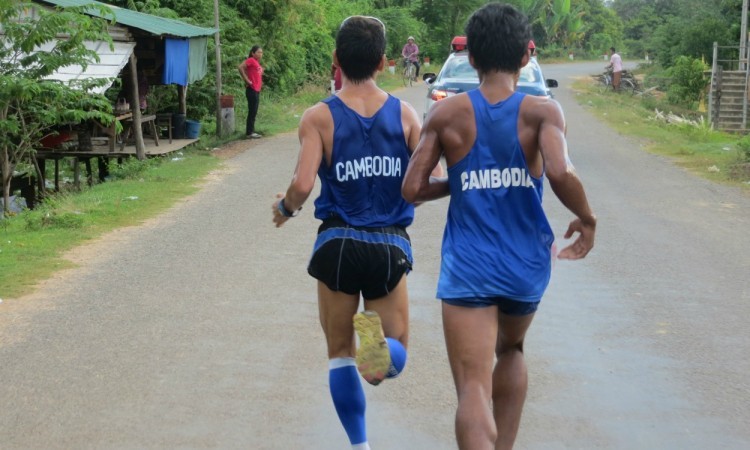 However, athletics lags a long way behind. It’s a sad fact that athletics in Cambodia consistently makes headlines because of scandals, flops and controversy rather than success. Before the 2008 Olympics the BBC exposed the conditions of poverty in which the national athletics squad, including Cambodia’s No.1 marathon runner Hem Bunting (national record-holder with 2:23:29) were living.

National athletes were homeless, sleeping on the floor of the athletics federation office without shoes and living on a state allowance of about £40 a month. Since then other controversies have followed – the spats between Bunting, the country’s only athlete of note, having won a couple of minor medals in SEA Games, and the national athletics federation, leading to his exclusion from the national squad for disciplinary reasons. Then in 2012 there was the controversy of a Japanese marathon runner, who was bizarrely also a famous comedian in Japan renowned for his cat impersonations, allegedly buying Cambodian nationality to secure a place in the Cambodian squad for London 2012. He was eventually disqualified and didn’t appear at the Olympics.

One of Cambodia’s two athletes in London 2012, 800m runner Kieng Samorn, is renowned for his clownish, Bolt-like antics at the start-line. However, unlike Usain he’s unable to go on to deliver results: he was reprimanded by stewards for wasting time and in the first-round heat he was clipped in the first lap and finished last. Thus endeth the pinnacle of Cambodian athletic achievement for another four years.

Athletics in Cambodia is a minority sport with little public recognition. The country’s boxing and taekwondo stars win corporate sponsorship deals and are lavished with gifts by wealthy politicians. But Bunting and Samorn, despite having appeared at the Olympics, are nobodies, left to support themselves.

Very little is invested into athletics in Cambodia. There isn’t a single synthetic track in the country, only two earth tracks, and no properly equipped gym. On the staff of the national athletics federation there are a mere three “coaches”, only one of whom has received coaching training since the 1980s, and no specialised support staff such as nutritionists or physiotherapists. The state-supported national athletics team amounts to 10 athletes. These days the monthly allowance they receive is around £80, plus a food stipend. British athletes can quit grumbling about their financial support – Cambodian athletes often depend on gifts of second-hand running shoes from well-wishers among the expat running community in the capital Phnom Penh.

As Cambodia develops after years of civil war, there are increasing opportunities to harness corporate sponsorship to develop the sport, but the national athletics federation, full of political appointees with little understanding or love for the sport, is ill equipped for the task.

In a country where athletics gets so little financial reward or recognition, the determination of athletes and coaches to succeed, motivated only by a pure love for the sport, is admirable

There are two bright spots in Cambodian athletics – first, long-distance running, which the typically small, thin Cambodians appear to have a predisposition for. Bunting, and Cambodia’s No.1 woman marathoner, Ly Nary, once managed to go on a training camp to Kenya, privately financed with no support from the Cambodian sports administrators.

Also Cambodia has a burgeoning road-race circuit. Several marathons, half-marathons and 10km races have sprung up in the country in recent years, mainly targeting tourists in Cambodia’s tourism hot-spots like the famous Angkor Wat temples. Cambodians, more acclimatised to the high temperatures, usually win these races, albeit in mediocre times. The Angkor Wat International Half-marathon on December 7 was won by Ma Viro in 76:10.

The second area of hope is surprisingly the shot put. One of the national coaches, Tong Manika, explains: “There’s no decent track in Cambodia, no sprint blocks, no equipment for jumps, so throws could be suitable for our country.”

Having completed a diploma course in athletics coaching in Mainz, Germany, Manika has selected two athletes (poaching one from the national wrestling team) and set himself the target of winning medals at the SEA Games by 2017. With his athletes’ current PBs of 11.63m (Heng Vuthy, male) and 10.04m (Samreth Sonitha, female), there’s still some way to go, but the commitment of Manika and his athletes is impressive.

In a country where athletics gets so little financial reward or recognition, the determination of athletes and coaches to succeed, motivated only by a pure love for the sport, is admirable.