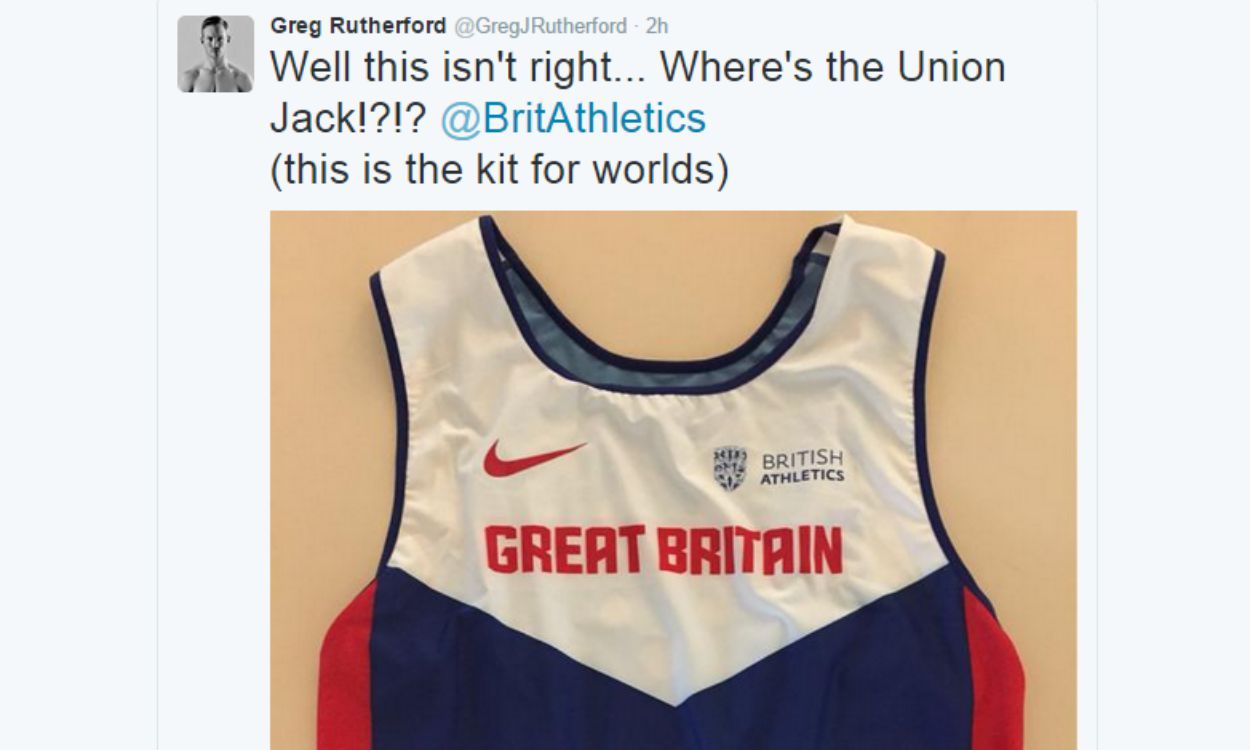 Athletes have taken to Twitter to voice their opinions over the Great Britain & Northern Ireland vest for the IAAF World Championships which is missing the union flag.

Instead, the vest features the British Athletics logo where the flag had appeared on other recent versions of the kit, including the vest worn at last year’s European Championships in Zurich.

“Well this isn’t right… Where’s the Union Jack!?!? @BritAthletics (this is the kit for worlds),” tweeted Olympic, European and Commonwealth long jump champion Greg Rutherford, who included a picture of the vest alongside his comment on the social networking site.

Well this isn’t right… Where’s the Union Jack!?!? @BritAthletics (this is the kit for worlds) pic.twitter.com/RAVoi6yRex

In response to a couple of tweets from journalists, he added: “Happily quote me as saying it’s ridiculous and wrong. I jump for Britain.” 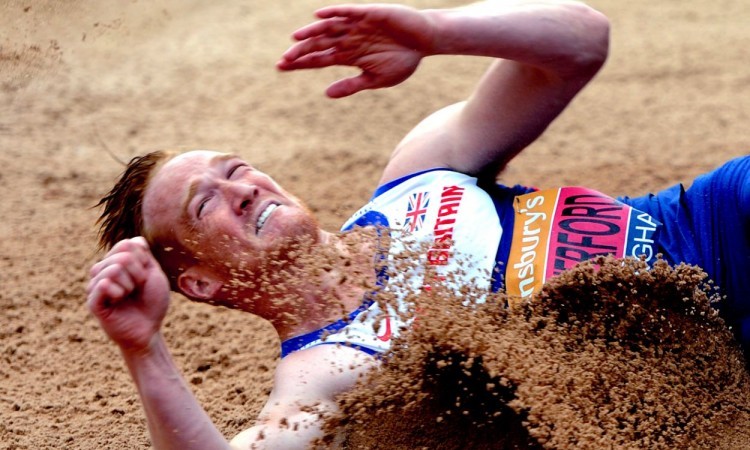 Among the athletes to reply to Rutherford’s tweet was Michael Rimmer, who runs the 800m for GB in Beijing. “To be fair when I step on that line I run for my country not my federation.. Disappointing kit choice IMO,” he wrote.