Athletes warm up for Euros at British Masters Championships 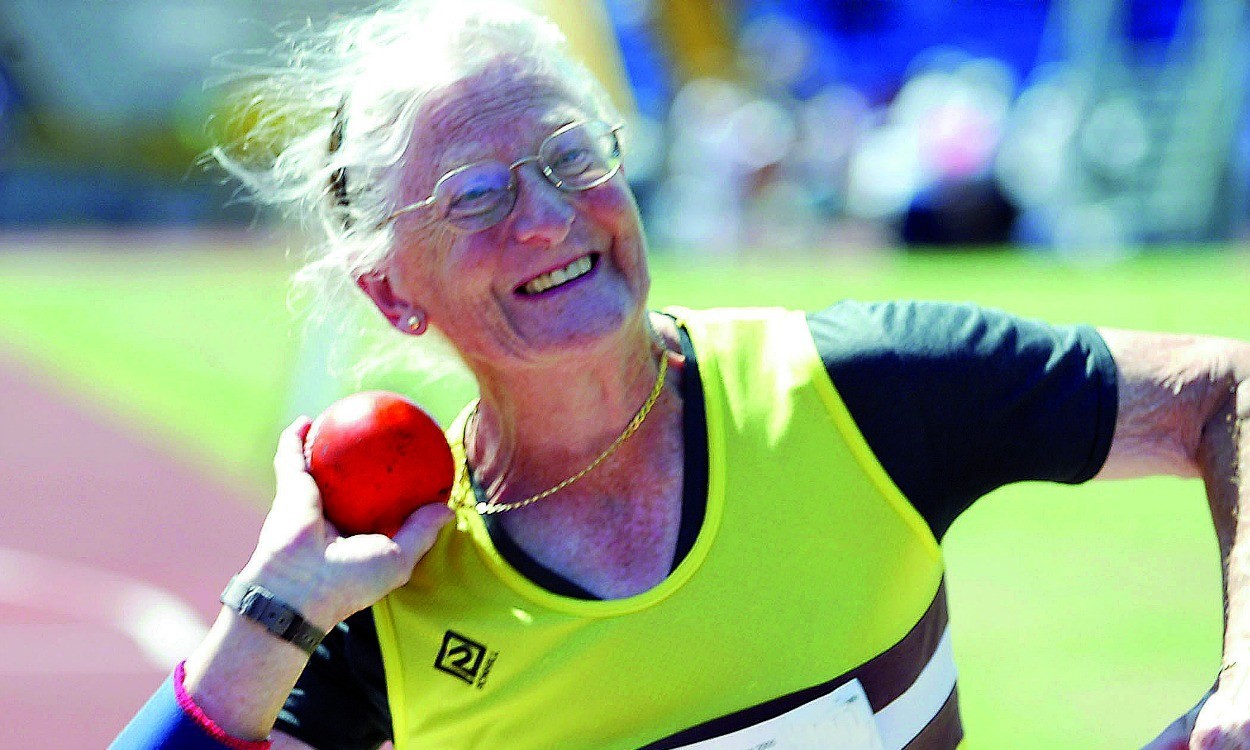 A total of 670 veteran athletes will be in action at the British Masters Championships in Birmingham on August 9-10 ahead of the European Veterans’ Championships taking place in Izmir, Turkey, later this month.

Leading M60 sprinter Steve Peters, famed for his psychiatric work with top sports stars, is entered for the three sprints in which he has been multiple world champion in the younger age groups.

He said: “It’s tough getting the training in with doing so much travelling and irregular hours, but I am getting some done and it is now translating into reasonable times for my age.”

Thirty-seven athletes aged 75 or over are entered in the championships, including 19 aged over 80. Leading the octogenarians will be 1970 Commonwealth discus champion Rosemary Chrimes (pictured). The former Mrs Payne will be seeking more world records in high jump, shot, discus and hammer. The oldest competitor is 94-year-old Charles Eugster, who goes in the sprints.

Elsewhere in the sprints, Darren Scott moves to the M45 group and says: “I am hoping for a great season and getting back into shape to break some more records.”

World record-holder Caroline Powell should clean up in the W60 sprints while Averil McClelland is in the W55s. Clare Elms (W50) and Angela Copson (W65) will be looking for more records, while Ros Tabor will should track Copson all of the way in their group.

Also in the distance races, the M70 events will see road record-holder Martin Ford up against John Batchelor and Peter Giles. In the walks, M65 Ian Richards is in form, with Cath Duhig (W55) and Francisco Reis (M50) also likely winners.

The pole vault sees Irie Hill looking for W45 records, while W40 Ayamba Akim is high jump favourite. In the throws, new M50 Steve Whyte, who has recorded 59.71m with the 6kg hammer this year, is in action. M40 Simon Bennett is entered having thrown 61.58m with the senior javelin this year. Andrea Jenkins has a 51.52m hammer throw to her name in 2014 and will be seeking another title. Neil Griffin is the M65 throws favourite.

For many years the M35 masters group has been derided but this year 49 men are entered. However, the highest number of age group entries is 76 in the M50 group.