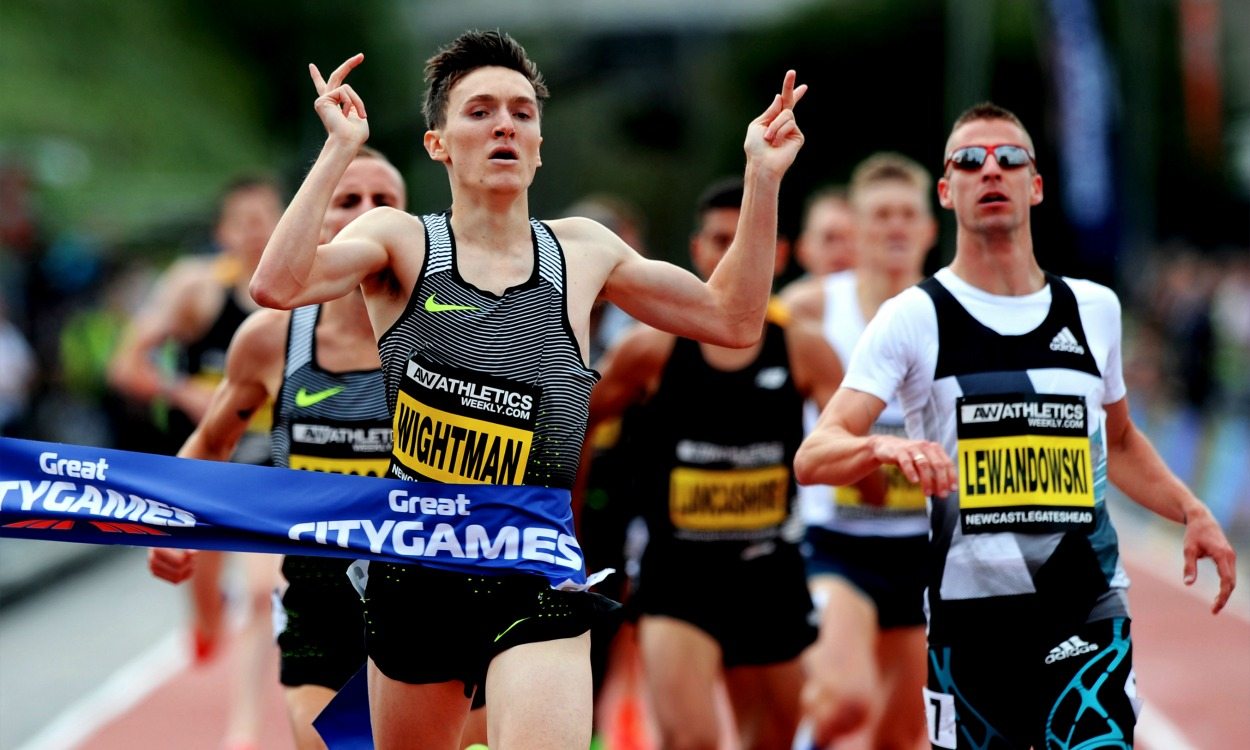 A big track mile PB of 3:54.20 plus a win at the Great North CityGames saw Jake Wightman’s 2016 end on a high after the disappointment of not making the team for Rio

Running in the Olympic stadium is always a privilege, as I have fond memories of watching during the 2012 Olympics. The atmosphere at the Muller Anniversary Games (where he set his mile PB) was great and when I edged nearer the front it got even better, helping me dig that bit deeper. My performance helped me find a bit more motivation for the rest of the season, as it had been lacking having not made the Olympic team.

Not making the team for Rio has made me realise how important every opportunity is to run a standard. However, it is obviously a disappointment, as this season was targeted at Rio, and I had hoped to have run at least one standard before the trial.

My best achievement so far is winning the European Juniors in 2013. I also still look fondly on knocking six seconds off my 1500m PB in Glasgow in 2014. It was something I wasn’t expecting and it opened many doors for me.

I’ve just completed my undergraduate degree in Business at Loughborough University. Although I am coached by my dad and do the majority of my sessions alone, I was lucky to be able to join in with both the university and the British Athletics group led by Rob Denmark and David Harmer for some of my training such as drills, circuits and the occasional session. It’s always nice to have a wide range of input from other coaches in areas where my dad may not be as strong. Having different groups to train with makes a good change from training on my own sometimes, especially on days where I’m feeling tired and slightly demotivated in the winter.

I really like sessions with shorter reps and longer recovery. My favourite would be something like 10-12 x 200m with 600m jog recovery. My least favourite session is the opposite, which is longer reps and short recovery, such as 6 x 1200m on the track, increasing the pace each lap of the rep. This is usually off one-lap jog recovery.

With both my parents having run internationally, I’ve been raised in the running world, so I was always going to take up the sport. It’s hard to relate to their achievements in the sport, though, as their main success came in the marathon, with dad running 2:13 and my mum 2:31. However, it’s made me realise I need to make the most of any fast-twitch fibres I have, as they may not be around for too long.

On race day, I usually start with a little 10-minute shake out in the morning, just to loosen the legs a bit. I’m funny with what I eat on race day as I like to keep it as plain as possible. I eat tortilla wraps on their own, which makes me look like a bit of a weirdo.

My concentration levels aren’t great. But a 1500m is usually short enough for me just to think about what’s going on in the race and what may happen. Anything longer, such as cross country and my mind starts to wander and think about what I’m doing later that evening.

I’ve always raced the cross country season. However much I hate it, I know that it’s giving me that strength and endurance base to allow me to train and race well in the summer. I do get a bit envious when I see everybody running well indoors, wishing I could be there too.

I’ve had a mixed time on training camps. I used to go to Portugal for warm weather before first trying altitude in January 2015, going to Kenya. I got a stomach bug a couple of days before leaving, which took a while to get over. Since then I’ve been to Park City in the US, which I found hard due to the height, and have since then been to Font Romeu, which I’ve found is a good level and responded well. Apart from the physiological gains, I find these camps give me a chance to shut off from other distractions back home and just focus on training and recovering.

I plan nutrition carefully. For breakfast, I usually have a bowl of porridge with peanut butter and banana, as well as a bagel with jam. Before a morning run I’ll usually have a cereal bar, just to make sure I’m not running on empty. After training I’ll often have a recovery shake or a protein bar if I haven’t got access to a meal straight away. I always have a pot of hummus in the house. I love it and I can chuck it with anything and have it at any time of the day. I really enjoy anything sweet, but have to keep on top of it. I try to substitute the bad stuff with fruit, especially dried, such as cranberries or mango. My favourite meal would be a roast dinner. I don’t have it often, which makes it taste better when I do, which is usually only when I go back to see my parents.

Friday am: Rest or easy run

Monday am: Steady run of about 6 miles

Monday pm: Drills. A combination of plyometric and posture drills such as bounds and theraband work

Wednesday am: Steady run of about 6-7 miles

Wednesday pm: Circuits or conditioning (circuits either with university group or specific conditioning exercises given by physio)

Thursday am: Steady run of about 5 miles