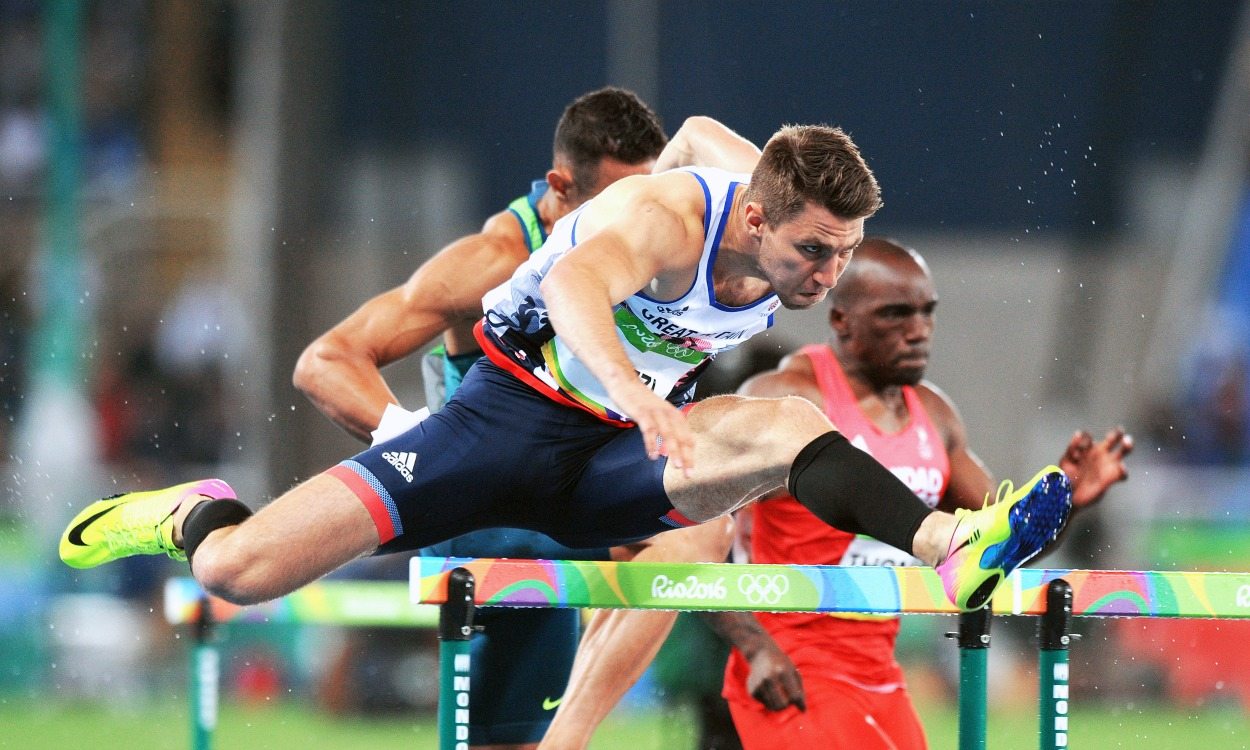 I started athletics in primary school, around the age of 10. My school always got behind athletics, both in the summer and in the winter, via the sportshall set-up. I joined my local athletics club, Stratford-upon-Avon AC, which I am still a member of today. The club had everyone doing multi-events so I competed in that for a while, but the hurdles was always the event I was best at and enjoyed the most. It made sense to move my focus entirely to the hurdles eventually.

I have a few favourite sessions. During the winter, I enjoy running longer distances because they always make me feel physically stronger and fitter after a block of them. Overall I love speed endurance sessions. Something like 6x150m or 5x200m with 6-8 minutes recovery between each rep is good – the times for the 150m are all below 17 seconds and the 200m reps are usually 2×23.0, 2×22.0 with the last one flat-out – usually around 21.0 or faster if I’m in good shape.

There’s a big shift in training from winter to summer. During the winter I run a lot more volume but at a lower intensity, which focuses on gaining a good base of fitness and speed endurance. During the summer the volume decreases, but the intensity will be close to maximal. This is where our speed is gained and we sharpen up for racing.

Birmingham’s Alexander Stadium is one of my favourite tracks. Both of the Olympic Trials I’ve raced have been there and I’ve won each time. I grew up in the West Midlands so I raced at Birmingham a lot as a young athlete and I always enjoy going back there for the trials. I’ve got a lot of good memories and really enjoy the pressure situation that the national championship brings.

I like to relax as much as I can and, where possible, keep a normal routine on the day of races. I’ll usually watch a film and go for a walk, but typically I don’t like to start thinking about the race too much, until a few hours before.

“During the periods of my career where I have been injured, I have really benefited from trying to progress with smaller tasks rather than focusing exclusively on one big-end goal”

I spend a lot of my free time away from the sport reading and learning. It’s hard when you’re an athlete to lead an energetic life away from training because rest and recovery are so important. I spend a lot of time with my friends, locally in Bath and during the winter months, I try to see my friends from elsewhere too. It’s tricky to travel during the season as you want to optimise recovery with such high-intensity training sessions and to be as fresh as possible for them.

I really like the decision-making and strategy associated with business and finance. At university I did an undergraduate degree in business studies and then a masters degree in management with finance. When I was injured in 2013 and 2014, I took advantage of my free time and did various work experience placements in banking, finance and marketing. After my athletics career, I can definitely see myself moving towards the business or finance world in some capacity.

The best advice I could give to younger athletes is to focus on progression more than specific outcomes. This is especially important when you are injured. During the periods of my career where I have been injured, I have really benefited from trying to progress with smaller tasks rather than focusing exclusively on one big-end goal. It’s important to have smaller goals that can be seen as stepping-stones to your ultimate outcome. Hard times do not always last and you can benefit and learn a lot from staying determined and persevering through them, ultimately being better equipped for success when you’re fit and healthy.

Finishing fourth in the World Indoor Championships has definitely been my biggest achievement to date. I’ve done this twice, in 2012 and 2014, but for me it was a much bigger achievement the first time around. I was only 19 and entering my first year into the senior ranks.

I don’t really have any regrets from my career so far. There are things that I would change if I could do them again but I’m quite happy that everything has happened. I’ve learned from each experience – good and bad – and I’m a better athlete now because of them.

It’s especially important in the sprint hurdles to give your full attention in every race. One mistake can cost you the entire race. If I can run personal bests at major championships then I’ll always feel satisfied that I gave my best and performed well when it truly mattered. 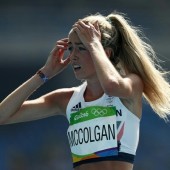