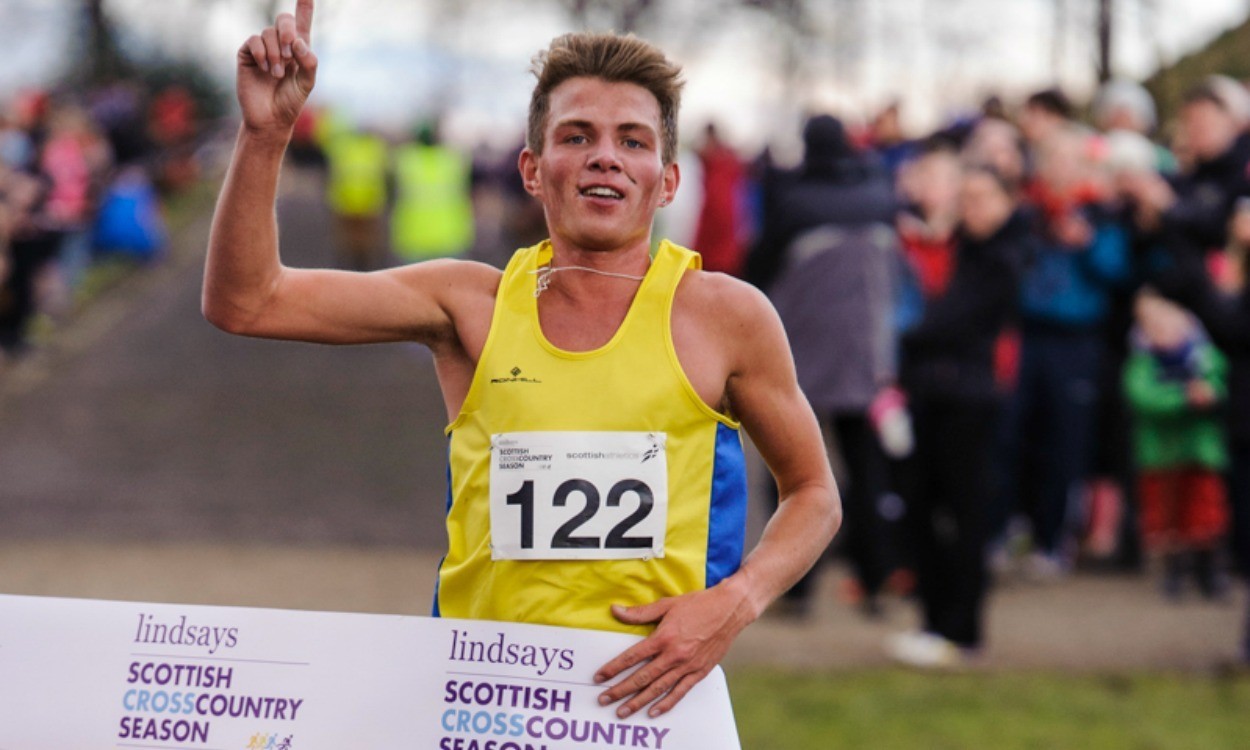 Having distinguished himself as one of the country’s leading cross-country runners, Andrew Butchart now has his sights set firmly on making the Olympic team

I don’t really have heroes. I never watched athletics when I was growing up. When I first started training at Central Athletics Club, there was an older boy in incredible shape and in my eyes he was the fastest runner that had ever lived. I always thought that it would be amazing to be as fast as him. But Usain Bolt did have me star-struck when I met him at Crystal Palace years ago; it was definitely a standout memory for me.

I always kiss my lucky necklace before the gun goes. It has become some sort of pre-race ritual alongside eating the same breakfast cereal each morning.

A session I really enjoy is mile repetitions on the road. We do 5×1-mile in a seven-minute cycle. My least favourite is our dreaded hill session on the Ballengeich Hill. We compare it to running up Ben Nevis.

My favourite race is the track meet in Ninove, Belgium – it’s always bouncing. Aside from that, my best races were either winning the British Cross Country Championships or representing GB at the European Team Cup, finishing third in the 3000m.

I’m never going to be the most “sporty” guy in the family. My girlfriend, Caitlin Watson, is step-sister to Andy and Jamie Murray so I have a lot to work on if I want to become the most successful in sport. They have both achieved so much in tennis and I know how hard they work to get there.

My coach has been a huge influence. After competing for my school in a regional race, I was invited along to Central Athletics Club. It took me years to realise I had some talent, but it’s where I met my coach, Derek. After my athletics career is over I hope I can go into coaching and give something back to the sport that has given me so much.

I feel extremely lucky to have such a strong training group. We are basically one big, happy family. I definitely wouldn’t be at the level I am now without the support from all the lads. At the end of season, I don’t really take any time off. I will have a few weeks of easy running then get back into things again with the group.

Everything happens for a reason. I genuinely don’t have any major regrets or disappointments within my career so far.

“If you ever feel dead in a race just flat-out sprint for as long as you can”. I was once given that piece of advice by someone but I must say it’s never worked.

Cross country is pretty important to me. I build up so much strength over the winter doing cross country and it sets a great base for the summer track season. Every athlete is different and some athletes just can’t run in the mud. I think variety in training is very important, though, and it’s good to get off the track during the winter and forget about splits and times.

I wasn’t a particularly talented junior athlete. I only really started to develop as I moved into the senior ranks. So my advice to younger athletes would be to just stick at it. Don’t be worried if you are losing races just now, everything can change over time.

I really regret not watching the Commonwealth Games in Glasgow. It was always an aim for me to make the Scottish team. I went to California to try and hit the standard for the 1500m but after two weeks out there I suffered ligament damage. As soon as injury hit, I knew I would never make the team. I still competed in America with my ankle injury but this only added to the problem and stalled my recovery.