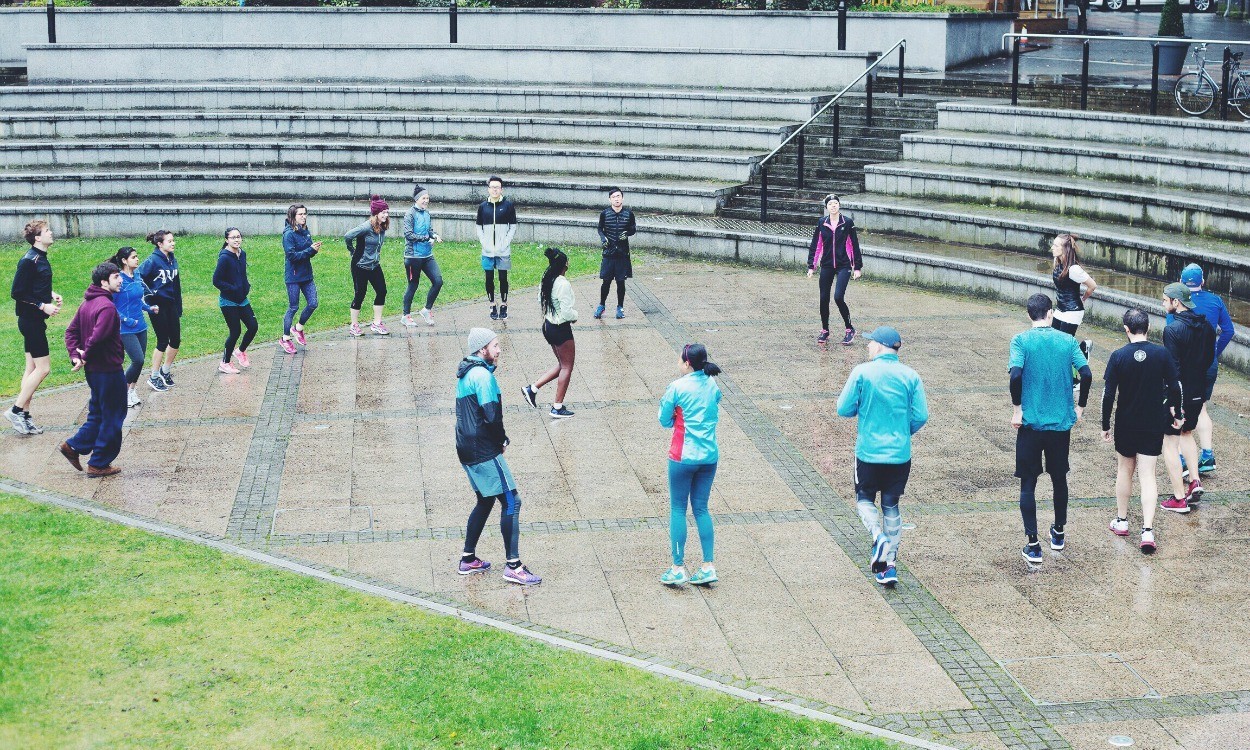 With a month until race day, four AW readers share their pre-marathon preparations through their roles as event ambassadors

Andy Pearson, Tom Martin, Gill Bland and Amile Inusa are among the thousands of runners working towards this year’s ASICS Greater Manchester Marathon.

They were the four lucky applicants after Athletics Weekly teamed up with event organisers to run a competition to find two male and two female ambassadors ahead of the event on April 19.

You can find learn more about the four ambassadors here and read their first training updates here. 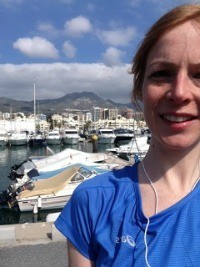 So, how is training progressing? Well, I was set a target of a two and a half hour long run the other Saturday with the last 40 minutes at marathon pace. It was a lovely day – the first really sunny run I’ve had in a long time – and it was a joy to pound the banks of Regent’s canal rather than my A5 commute. I miscalculated my halfway point and ended up covering 25 miles instead of the planned 20. While this isn’t great in some ways, it was encouraging to know that I could still churn out that sort of distance and not feel wrecked afterwards. I would have liked the marathon pace section to be a bit faster but I need to remember that race pace is always faster and that there’s still a month to go.

This last week I’ve been warm weather training thanks to a welcome family holiday in Spain. Again, it’s been lovely to get out in the sun, and again, it’s been slower progress than I’d hoped. My husband came for a run with me and while he is still considerably faster then me I could really see how the training has helped my endurance and recovery time.

It’s now just one month to race day and I’ve got a little bit of the fear. I’ve got a new toy in the form of a second-hand GPS watch. It’s a very useful tool but I’m aware of the pitfalls of becoming a slave to the splits. I’ve had a couple of sessions recently where I thought I was trying really hard and found that I was still running more than 7 minute miles (I should be running 6:50). Thinking back to past races, it makes sense that I’m feeling a bit nervous. Now is the time when the mental part of training really kicks in. I need to focus and train hard but not be tempted to push it and risk a set back. Good rest, good food and good work need to carry on and we’ll see what race day brings. 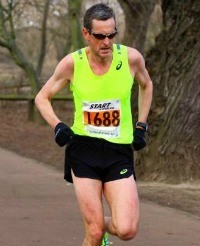 I’m writing this with just over a month to go until the ASICS Greater Manchester Marathon. My mileage continues to be around 70 miles per week with a weekly long run of around 20 miles plus some quality sessions midweek.

In this marathon build up I’ve not been obsessed with high mileage. I’ve consistently run 70 miles per week and only dropped down to 60/65 for the two build up races. In previous marathon’s I’ve felt that I needed to do some high mileage weeks of 80/90 miles but this has often left me feeling tired and injury prone. The build up to this marathon has been the best I’ve had so far so I’m hoping that this will result in a personal best at Manchester.

I recently raced the Locke Park 20 mile race. It was an opportunity to race at marathon pace using my ASICS race kit as well as using some of the MYPROTEIN gels that will be on offer at Manchester. I decided to have an easy week leading up to the 20 then put in another couple of hard weeks before beginning the taper period.

It’s always nice to get a little bit of a training boost and I managed to bag a sub-17 minute park run at Redcar. I’ve been trying to go sub-17 on that course for about two years so it was nice to achieve this when I ran 16:57 at the end of a particularly tough training week so things must be moving in the right direction.

All in all I am on track for a good run at Manchester and thanks to all the support from ASICS, Runners Need, MyProtein and the Manchester Marathon team means all my kit and nutrition needs are met. All I need to do is get through the next few weeks of training and do the business round the streets of Manchester. 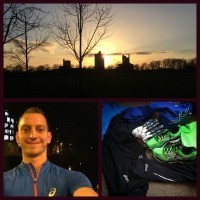 The initial five weeks of training for the ASICS Greater Manchester Marathon went really well, each week I could feel my legs getting stronger, which made the longer runs easier to complete.

I have been following the MYASICS app training plan running four times per week so I don’t over-train and which also allows my body to recover fully before heading out again.

My average week consists of two easy paced 5km runs, one fast paced run which started at 5.5 miles for two weeks and is now at 8.5 miles and of course everybody’s favourite the long run which at the moment I run the first 5.5 miles fast followed by the remainder of the run at a comfortable pace. This week the second part of my long run is 11.5 miles.

I have had some really good training runs which I have shared photos via Instagram and Twitter @runtom1984. As a personal goal I have aimed to make the last mile of each run my fastest, I’m hoping by doing this that on race day it will help me finish strong and achieve the oh so important PB.

MYPROTEIN have supplied me with Tri-carb sports drink, gels and whey protein which I have been using before, during and after training. These products have definitely helped me perform at my best and to recover after a tough workout. I have also been using a foam roller to massage my legs and lower back.

ASICS and Runners Need surprised me by sending out some top of the range kit including the new Gel-Nimbus 17 and the latest ASICS inner muscle compression tops which help to maintain good running form over longer distances.

Over the next two weeks I move on to Phase 4: Race Simulation on my training plan focusing on race pace long runs with the fast mid week runs too and then it’s on to the all important tapering. I will be starting to think about race strategy, still some exciting weeks ahead!

Those who know me well know that I like making lists and having my life ordered. From a young age, I have been a list-maker. I write lists of books that I would like to read, albums to listen to, friends to call, homework to do…

So it felt only natural to share with you a list that I put together this weekend.

5 Things Marathon Training Has Taught Me:

• As the frequency and distance of my runs have increased, the more I’ve found it difficult to find running partners. It has forced me to let go of my attachment to running in groups, quieten my mind and enjoy the solitude.

• Running long has proved to be a more mental than physical feat. This was particularly emphasised when I lost my only set of earphones last week. Instead of being distracted by my music, I had to rely on the changing landscapes and road ahead of me. Certainly not a bad thing, but I enjoy the crutch, so quickly ordered some new earphones!

• The longer I have to run, the further out I plan my routes (as I don’t have the discipline to complete a two-loop run). My runs have taken me all around Manchester from countless parks and canals to Salford Quays, Old Trafford, and the Etihad. It’s a beautifully laid out city with a fabulous mix of urban and green spaces.

• I listen to my body more. When my muscles are tired, instead of ignoring them, I change my behavior. Either I’ll slow down during a run, spend a lot of time stretching, cross train or simply take a rest day.

• On days where I know I’ll be running between 2 and 3 hours, my time feels incredibly more precious. It’s amazing to think how many more hours I will get back into my weeks after training is over. What a blessing it is to have become more productive and intentional with my time!

As much as training has taught me, I look forward to race day and to crossing the finish line. Many people have asked me what my target time is. The honest answer is that I do not have one. My only target is to run the distance feeling strong and fearless.

The photo above shows me in the middle. It was taken on International Women’s Day on a collaborative run organised by my run crew, Run Wild, and Still Waters Run Deep, another Manchester-based run crew.

» For more information on the ASICS Greater Manchester Marathon see greatermanchestermarathon.com and look out for further updates from the four ambassadors in the near future