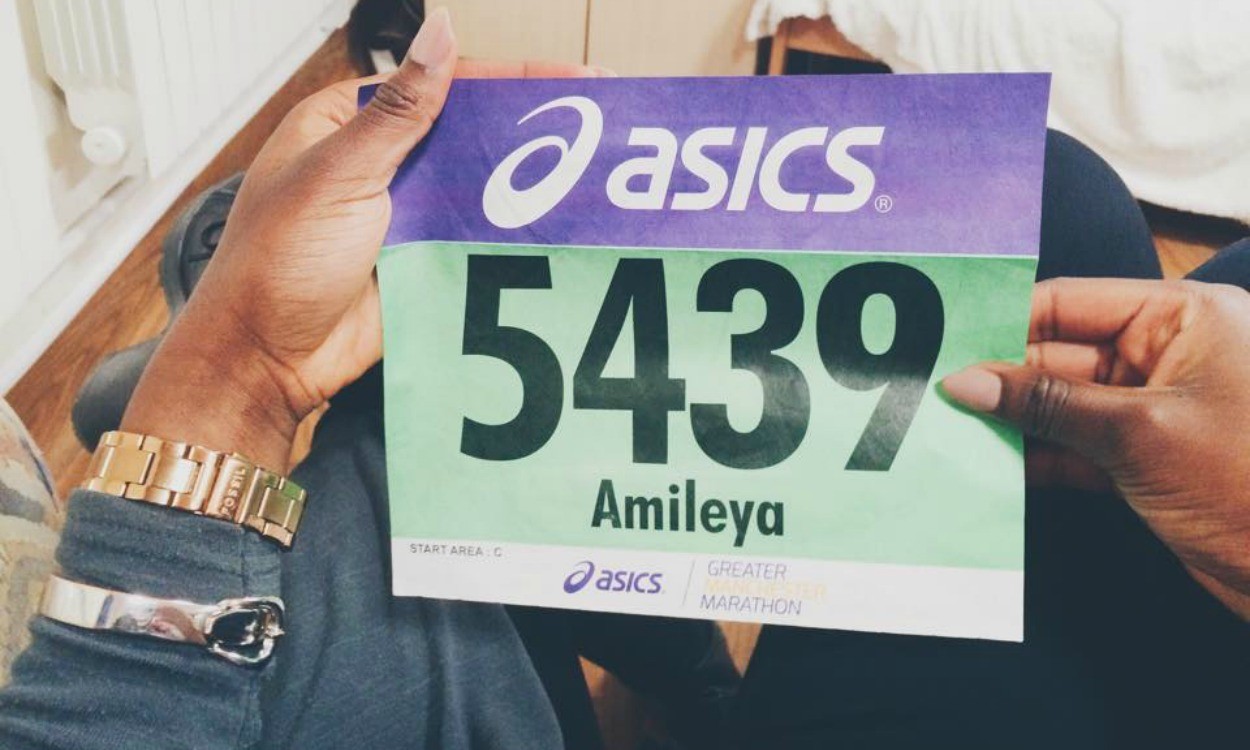 There’s just a week to go until the ASICS Greater Manchester Marathon and Andy Pearson, Tom Martin, Gill Bland and Amile Inusa are among the thousands of runners getting stuck into their final preparations ahead of race day.

The four runners were the lucky applicants after Athletics Weekly teamed up with event organisers to run a competition to find two male and two female ambassadors ahead of the event on April 19. In this update they share how the last month of their training has been going and their hopes for race day.

You can learn more about the four ambassadors here and read their two training updates here and here. 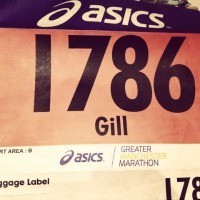 Taper time is where having a plan to stick to really helps. Were it not for my personal plan I’d probably be panicking and churning out the miles but I’m being good. I’m also enjoying the extra time in bed in the mornings!

My first slightly-tapered long run was 120 minutes. I decided not to look at my watch and settle into a pace. I was pleased to see that I hit some even marathon-pace splits and when I started to slow down I managed to pull it back a bit. It’s good to know I can dig in if I need to.

I’ve had a little bit of threshold and 90% effort work to do this week which I still find a challenge, but the runs do fly by when you split them into sections. For all my whinging, I’ve loved this challenge. I am proud to say that I’ve not missed a single session that was scheduled in my training plan and it’s made me think about different ways of training.

If you’ve been following the online banter between @RunTom1984, @amileyababes, @Andypeo935 and myself (@gillbla) you’ll be aware that we’re quite excited and in varying states of nervousness. All that is remains is to harness the pressure positively to give it my best and enjoy the experience as well.

I’m race number 1786 so give me a cheer as I run by. Next time you hear from me we’ll know if all paid off!

Since my last blog I’ve completed my hardest phase of training with a 20 mile race, weekly long runs up to 23 miles, some long runs with marathon pace finishes mixed with some quality sessions on the track such as 10 x 800m @10km pace or continuous track sessions at marathon pace.

While my overall mileage volume has remained relatively high compared to other marathons it’s been at a consistent 70/75 miles. Last year for my marathon build up (to Chester) I felt the need to hit a few weeks at high mileage (90 miles) but this year I’ve not done this and so feel that I have benefitted from a more consistent training volume.

The 20 mile race could not have gone better for me. My main aim was to run this at marathon pace or slightly quicker but more importantly to feel strong for the duration of the race. It was a 20 lap course of one mile so this was a perfect opportunity to wear race kit, get my pacing right and to practice things like taking gels and drinks. As it was I ended up hitting almost perfect pace (average 5:54) with an easy first mile and a strong finish to finish second in 1:58:05.

I wanted to test my ability to not rely on gels to get me through and having practiced like this for a few long runs this was an opportunity to put this into practice. I ran the 20 miles with only a few sips of water in the later stages and did not have any adverse effects or any sign of hitting the wall which I was delighted with. I will use gels and drinks on race day to give my body that extra boost but I feel confident that I can get round comfortably without relying too much on anything.

The last few weeks since the 20 have been more of the same. A mixture of long runs, recovery, quality sessions and tempo/MP runs. My last long run off the back of a slight taper was an 18.5 mile run finishing at marathon pace. I’m absolutely ready to race now, I just need to get the last two weeks of the taper out of the way, stay injury free and away from colds or viruses.

My marathon PB is 2:37:38 so my primary goal is to get a PB at Manchester. My ultimate goal would be in the region of 2:34/2:35 which I think I am capable of but will just need that little bit of good fortune on the day to make everything click.

I will be wearing ASICS Gel DS Racer shoes on the day and the race kit kindly supplied by ASICS. I’ve really benefitted from the support given to me as a race ambassador. I know loads of people who run for my own club (New Marske Harriers) and other local clubs who are competing at Manchester so it should be a great atmosphere pre and post-race. 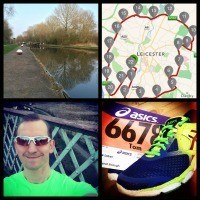 My race number has arrived and the race is now just days away. It’s getting real now, normally I’m starting to feel nervous but after months of training I feel confident and relaxed.

However the last month of training has been challenging due to the high mileage long runs and the unpredictable weather. My last long run was on Sunday March 29, it was 22 miles in total and I had to plan out a route ahead of the run, I had two options: The first was to run a familiar 11 mile loop twice but I thought that would be mentally tough and torturous, so I decided to run my second option, a brand new route to me where I only knew where I was going for the first 5.5 miles.

So I set off, it had been raining through the night and didn’t look much better that morning, the first part of the run went well and my pace was good, 5.5 miles had passed and I referred to my map on my phone to find out where I needed to go unaware that the remainder of my run would be full of head on wind, rain and hills.

My pace had dropped and miles 15-18 were the toughest miles of my training for this race. I persevered and as I approached the final two miles my pace had improved again.

It was a relief to finish such a demanding run as I knew the tapering phase of training was next and when my legs had recovered they felt much stronger.

Coming in to the last week before the race I have a few easy pace and marathon pace runs and it’s time to fuel up, stay hydrated and start to prepare my ASICS race day kit.

I’m looking forward to finally meeting the other race ambassadors and hope that all the hard work that everybody has put in over these cold months pays off so we can all celebrate achieving our goals.

Tapering. I heard it was meant to be the joyous culmination of marathon training.

This however did not materialise for me. Just three weeks prior to race day, I sustained an injury to my right leg. I was unable to run without my leg feeling unstable or in pain. So with some physio exercises and a seven-day running hiatus, it began to heal again. Over the last week, I have been able to complete two easy pace training runs plus one tempo run on the treadmill. This weekend I will complete my last long run at marathon pace with some friends. I am hoping this will give me the extra boost of confidence I need before race day.

Having said that, I don’t really have any nerves about the race. I am trusting in the hours I have put into my training over the last three months. Knowing that many of my friends will also be running on the day is a source of comfort. In addition to that, the other three ambassadors have been a useful resource and great help to me. I have learnt from their experiences through words they share in the blogs and from our regular exchanges on social media.

All I need to figure out now is how to run the race with all my running gear and gadgets.

See you all next week in Manchester!

» For more information on the ASICS Greater Manchester Marathon see greatermanchestermarathon.com and look out for a further update from the four ambassadors in the near future