Asha Philip: “This is my chance” 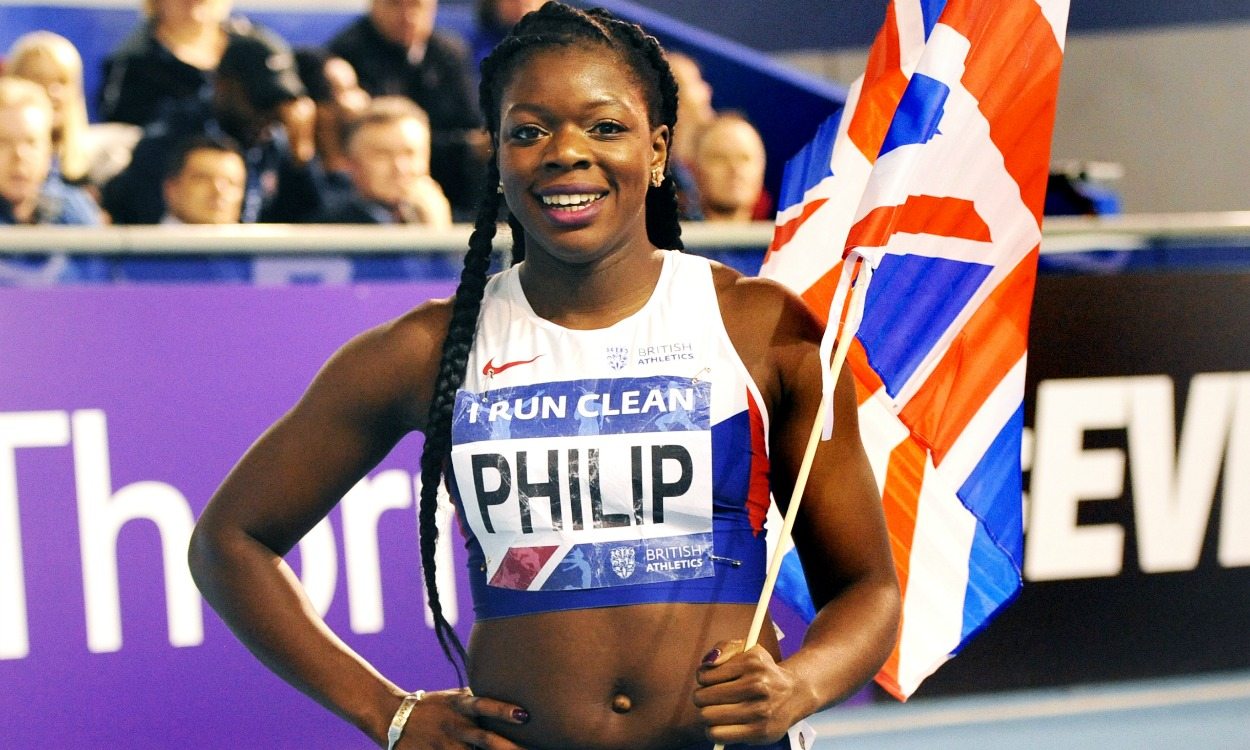 After injuries dashed her dreams of making the Beijing 2008 and London 2012 Olympics, Asha Philip is determined to secure selection for Rio.

This weekend the 25-year-old will line up at Birmingham’s Alexander Stadium for the British Championships as one of the favourites in the 100m. With qualifying times already in the bag, Philip – joint fourth on the UK all-time list with her 2015 PB of 11.10 and fifth on the rankings so far this season – needs a top two finish to guarantee selection for her first Olympic Games and failing to achieve that doesn’t seem to be an option.

“I have no choice but to make it to Rio,” she says. “I have missed out on two Olympics due to injuries. That has been so disappointing and heartbreaking. I cannot miss out on another one.

“I am feeling much better now than I have over the last couple of weeks because my races haven’t gone to plan. I know what I have done in training. All that matters is what happens at trials. I am really confident and I’m hoping to book my Olympic spot.

“Knowing how healthy I am, how confident I have been over the years – this is really my chance.”

Philip had been a top teenage sprinter, making history as the first British female to win a global 100m title when she won 100m gold at the World Youth Championships in 2007, but a serious knee injury sustained at just 17 years of age almost marked the end of her short but successful athletics career.

“The first one was the worst – missing out on 2008 in Beijing,” she says. “That was a massive setback for me. I don’t know what I would have done, if I would have gone for the individual or the relay, but it would have been a great experience for me.

“To miss out on 2012 – now, that’s my home town, a bus ride from my house – and to miss out on that due to hamstring problems and not being fit because of how I handled my knee and my injury the first time round, it was so devastating. It has happened twice now, you just can’t let it happen to you again. I don’t know how my heart could handle it a third time.”

Hard work and determination has seen Philip battle back and over the winter those qualities were further recognised as she was named captain of the GB team for the IAAF World Indoor Championships in Portland.

“I just want to make the Olympic final, that is my aim”

“I loved it,” she says of being captain. “Honestly, it did set me up for the start of the year. Over the last few years, since 2007, I have not had the best of years, but as I’m getting older, I seem to be blossoming. I am staying positive and I believe my dreams will come true.”

Her next dream is to be in Brazil. Once there, Philip says anything can happen.

“I just want to make the Olympic final, that is my aim,” she says. “At Worlds last year, 10.98 didn’t make the final. I am determined to run a PB and make that final.

“You never know what happens in finals nowadays. That is just my aim.”

» See the June 23 edition of AW magazine for a four-page preview to the British Championships, held from June 24-26

» For tickets to the British Championships visit britishathletics.org.uk or you can purchase them on the day