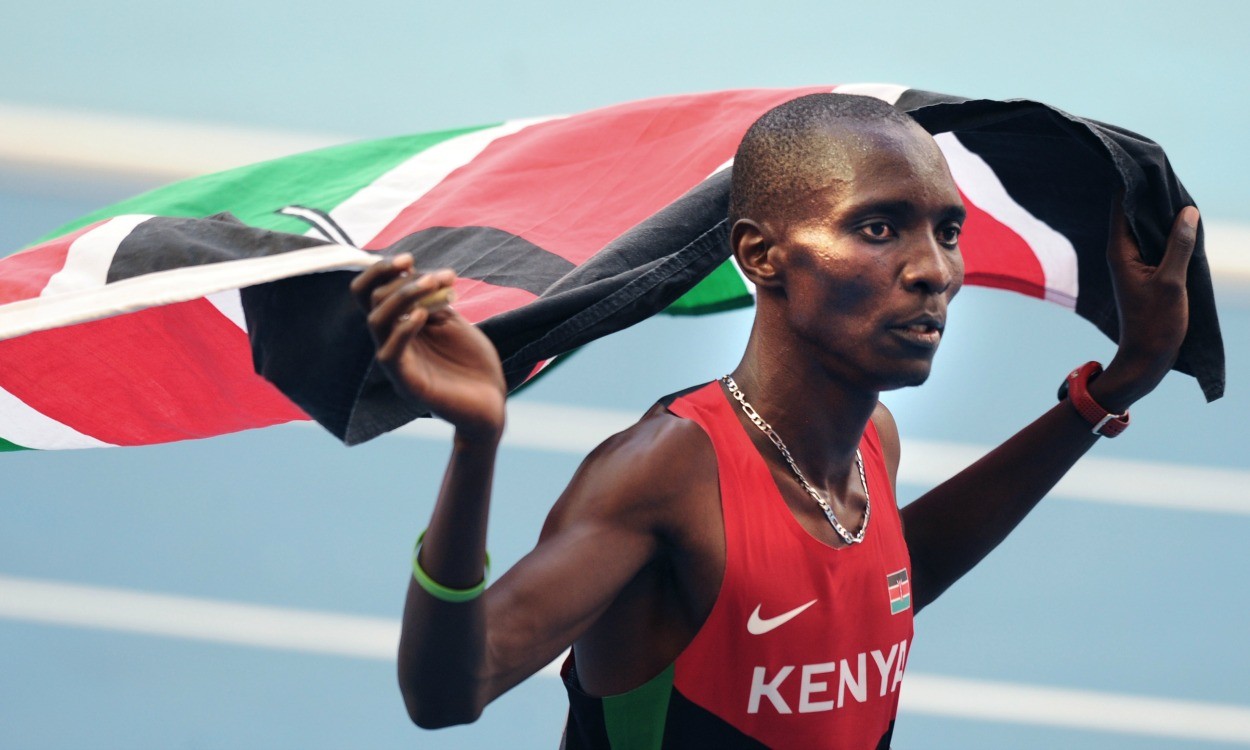 The Nairobian newspaper, part of The Standard Group, reported details of a court battle involving the 25-year-old world 1500m champion and 22-year-old Cherotich.

“He has (sic) ill-tempered, having threatened to kill me on several occasions, most recently on October 17 when he pointed a pistol at me,” Cherotich reportedly said in an affidavit.

The Nairobian reports that the runner went further in writing: “Asbel used to physically attack me in the presence of my son and hence I left my matrimonial home for my safety and that of my child and went and put up with my sister.”

The newspaper says Cherotich endured violence for the sake of the child, now aged ﬁve, but that ended in 2012 when Kiprop allegedly
injured her in the abdomen and threatened her with a gun.

Kiprop is also accused of kidnapping her son from school and not communicating his whereabouts to her.

“To my shock, Asbel went to the school and picked the boy up. I have never seen him since. He has actually sworn that I will never see my child again,” she is reported to have said.

“I’ve known the situation for years. This lady is crazy. She has gone to Asbel lying many times. They make a lot of problems. But of course anyone is free to report what they want to report.

“I know the story. I know the situation. I know it’s all rubbish and they have to prove it.”

Kiprop also provided a different version of events on his Facebook page and to the website Flotrack, among other things claiming he does not own a gun.

Describing what The Nairobian printed as lies, he is said to have requested an apology from the newspaper.