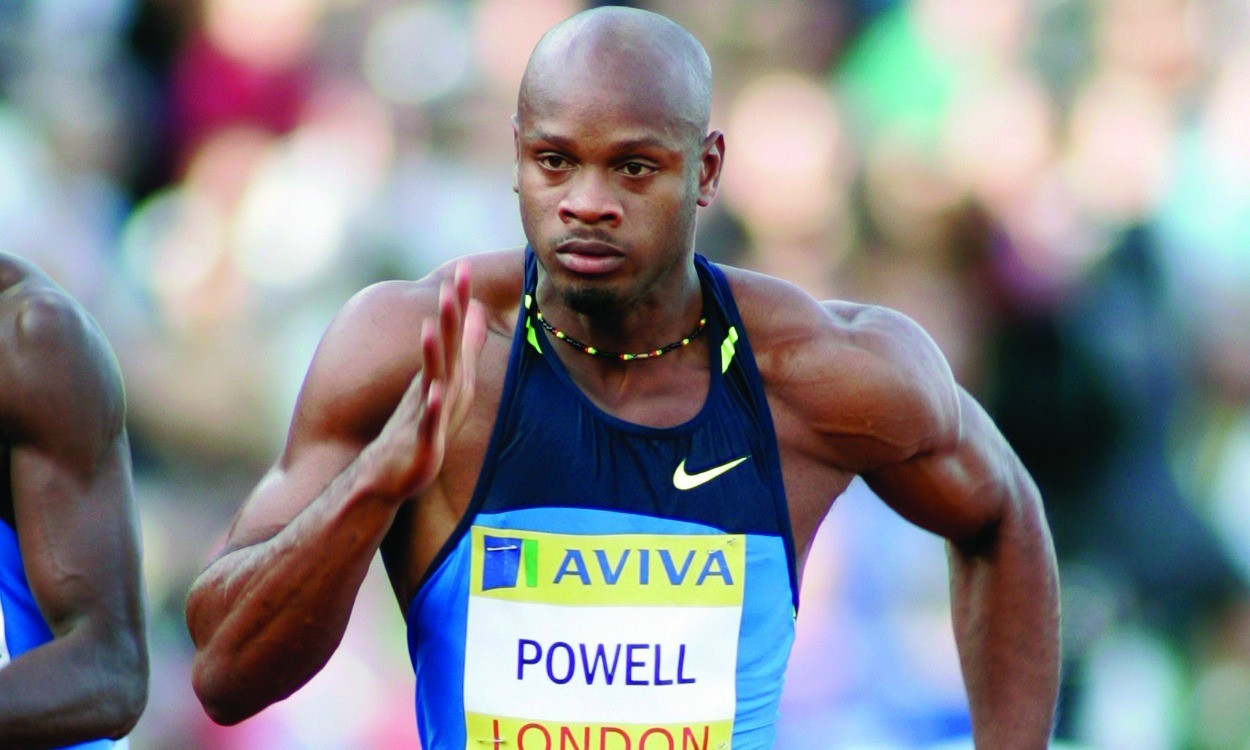 The Jamaican sprinters both tested positive for oxilofrine at their national championships in June 2013 and were provisionally suspended for 18 months by a Jamaican anti-doping disciplinary panel. That sentence that was later reduced to six months after an appeal to the Court of Arbitration for Sport (CAS) last year.

During the CAS hearing it was argued that Epiphany D1 manufacturers had failed to specify in their listed ingredients that oxilofrene was included.

Powell’s agent Paul Doyle, who is the director of Doyle Management, also explained how one of the ingredients listed on the bottle had never been put into the product. “We found out later that the supplement company actually put something else on the label that they didn’t put in the product,” he said. “They put on the label Acacia Rigidula, which is a natural plant that grows in Texas and has a sort of stimulant property just as caffeine would have, but they didn’t actually put that in there, they put oxilofrine in instead.”

Having had the supplement tested by the World Anti-Doping Agency (WADA) and the Food and Drug Administration (FDA), they were able to confirm that the banned drug was in that particular product and that their claims were correct, meaning that Epiphany D1 has now been placed on the US Anti-Doping Agency’s High Risk Dietary Supplement List.

The management agency has since filed a demand letter to Epiphany D1, after which the company’s website was closed down, making the product no longer available to buy, despite having been offered for purchase during the appeal process.

Part of the reason for suing the company, Doyle says, is to clear the names of both athletes whose reputations have been tarnished since the failed tests were revealed. Doyle says that winning the case against the company is the only way to truly clear the athletes’ names.

“The only situation for redemption for Asafa is to sue the supplement company and that’s what we’ve done; we’re suing them on behalf of Asafa and Sherone for over eight million dollars because to be honest the damage is stronger than eight million dollars in the way that he (Powell) has been affected, this will be with him for the rest of his life and that is what kills me inside,” said Doyle.

As well as a sense of injustice in terms of the wrongdoing to both athletes through the contamination, Doyle believes that the original punishment given to the sprinters was overly severe, describing the 18-month sentence set by the Jamaica Anti-Doping Commission (JADCO) as being “complete bogus” and calling the organisation inept. This was partly due  to it taking ten and a half months to bring the hearing for the case. Doyle also holds the International Association of Athletics Federations (IAAF) partly responsible for this.

“I have to blame the IAAF a lot in this too because they never stepped in,” Doyle said. “The rules state that if a hearing isn’t held within 90 days then the IAAF shall step in and take over the case and appoint it to a single arbitrator … after 90 days they (IAAF) should have stepped in and said ‘listen you are taking too long you’re not organised, this isn’t going the way we want it to go, let us step in, appoint a single arbitrator they hear the case’.”

With regards to the length of ban he believes they should have been given, Doyle pointed to a three-month suspension for a first case stimulant ban, in line with the sentences handed out to Shelly-Ann Fraser-Pryce and Yohan Blake in 2009.

In a comparison with those two cases, Doyle said that he even felt that Powell was more innocent of wrongdoing than either Fraser-Pryce or Blake: “A first offence stimulant ban really should be something in that category, but I look at those cases and I look at Asafa’s innocence and I think it’s greater than the rest of those athletes.

“Shelly-Ann Fraser-Pryce took a pill that her coach had given her, it was a painkiller, it had no positive benefit but she took it. She knowingly took it and she knew what it was, even though she didn’t know that it was banned and would cause a positive test. She took it and it wasn’t under the advice of a doctor or a therapist or anything like that.

“So her level of blame is higher than Asafa’s.”

On Blake he added: “Look at the Yohan Blake situation, he took a stimulant that was on the bottle but it was a synonym, so he looks at the banned list and it says methylhexanamine or whatever, but it has multiple names, that’s the problem.

“Even if you checked it and saw the methylhexanamine wasn’t in it, the synonym was, so he actually also took a substance that was on the label.”

Looking forward, Doyle says that he is working hard to promote the website informed-choice.org which tests supplements to see if they are clean and posts their details on the site if they are. What’s more, the manager now insists to his athletes that he doesn’t want anything to be taken that has not previously been put on the cleared lists.

Regarding the future of drug testing, the American would like to see greater involvement for the athletes in terms of the decisions made in doping control: “I think the athletes need to have a say in how the doping control is handled because they’re the ones being affected by it and you look at the vast majority of positive tests and they’re mistakes, they’re inadvertent doping charges or they’re stimulant cases or they are questionable substances.

“The head of the WADA lab when Asafa tested positive said to me that she was literally sick to her stomach when she read that it was Asafa Powell; if Asafa Powell is going to cheat he’s certainly not going to take oxilofrene, so why is it even on the banned list? So I think athletes need to be able to have a say in how the doping control is handled because a lot of these positive tests we have, they’re not people being caught doing a systematic doping plan, they’re not catching people taking hard steroids that can’t be detected, they’re catching people that are making mistakes – that are taking a tainted supplement or didn’t realise it was banned.”