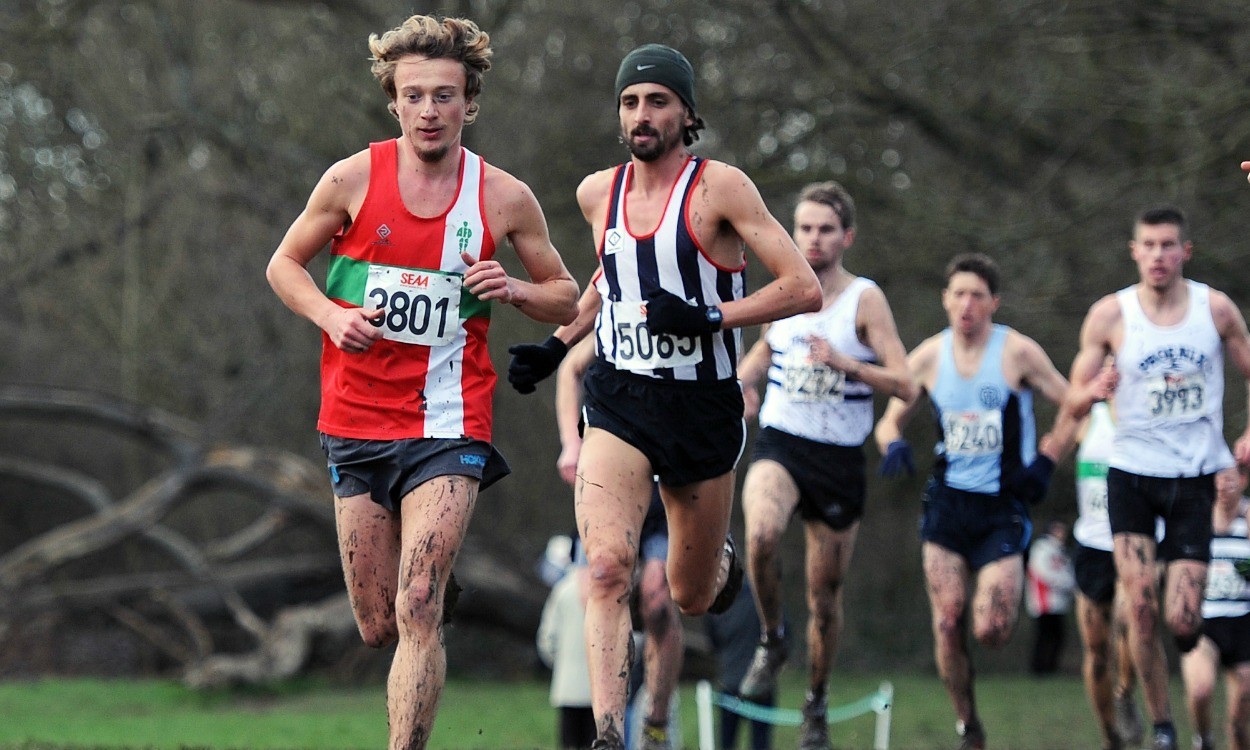 Hay makes it while the sun shines

Hay broke clear with 2014 champion Richard Goodman on the famous muddy course, which was run on a cool but very sunny afternoon.

When Goodman dropped out around halfway, the 23-year-old Hay, who is making his marathon debut at London in April, was left on his own, and he went further and further away.

This was his first appearance in the senior race but he had won the youth National on this course way back in 2009.

The Aldershot athlete won in a time of 49:08, just under a minute ahead of American Chris Zablocki of Chichester. Thames Valley’s Portuguese international Antonio Silva narrowly held on for third.

The women’s race was won by Naomi Taschimowitz who regained the title she last won five years ago. Only seventh in Brighton in 2015, she has shown better form this winter and she won the 8km race in 30:34.

Highgate’s German athlete Svenja Abel chased her all the way and finished nine second back while a less than fully fit Georgie Bruinvels came through to take third just ahead of former National champion Liz Janes and lead Aldershot to an easy 100 point team victory over Serpentine and Herne Hill.

Max Nicholls easily won the under-20 men’s 8km in 26:02. The 2011 under-15 champion comfortably defeated favourite Mahamed Mahamed, who was suffering from a cold.

Aldershot won the team event and they also won the under-20 women’s race. The individual winner was Thurrock’s Gemma Holloway who started fast and held on well to win in 22:26 from National runner-up Phoebe Law.

Rob Huckle was a clear winner of the under-17 men’s 6km in 20:17 and led his club Cambridge and Coleridge to a narrow win over favourites Tonbridge.

Huckle, who won the previous week at Cardiff, was only 35th in these Championships at Brighton last year.

Aldershot won both team and individual golds in the under-17 women’s. In the absence of defending champion Sabrina Sinha, the 2015 bronze medallist Niamh Brown won from team-mate Lucy Pygott, who was only 27th last year.

National champion Kathleen Faes would have been a big favourite for the under-15 girls’ race but injury prevented her running. She would have had to have been in her very best form to match Josie Czura. Second last year to Faes, Czura made her move at the start of the second 2km lap and she ran away to win by a minute from last year’s bronze medallist Alex Brown. City of Norwich won the team event.

Zak Mahamed went one better than his older brother to win the under-15 boys race over 5km in 16:18. Aldershot won yet another team gold.

Epsom’s Harley Norman impressed with a narrow win over 3km in the under-13 boys race from Rowan Fuss as Tonbridge had their one team win on the day.

There were also victories in the under-13 boys’ race for Archie Parkinson (Corby) and Jodie Ruane (Kidderminster & Stourport) in the under-13 girls’ race, while red-hot Callum Mitchelmore (Shrewsbury) burst the tape first for the under-15 boys. Ellie Hobbs (Westbury) took the win in the under-15 girls’.

Salford claimed the men’s team event and Hallamshire the women’s.

Preston’s Patrick Dever and Abbie Donnelly of Lincoln Wellington won the under-20 events, while Morpeth’s Scott Beattie and Birtley’s Kate Waugh claimed the under-17 titles.

Middlesbrough’s Josh Cowperthwaite and Olivia Mason of Border Harriers were the under-15 winners, while Tommy Dawson of Leeds City and Eve Jones of Skyrac won the under-13 events.