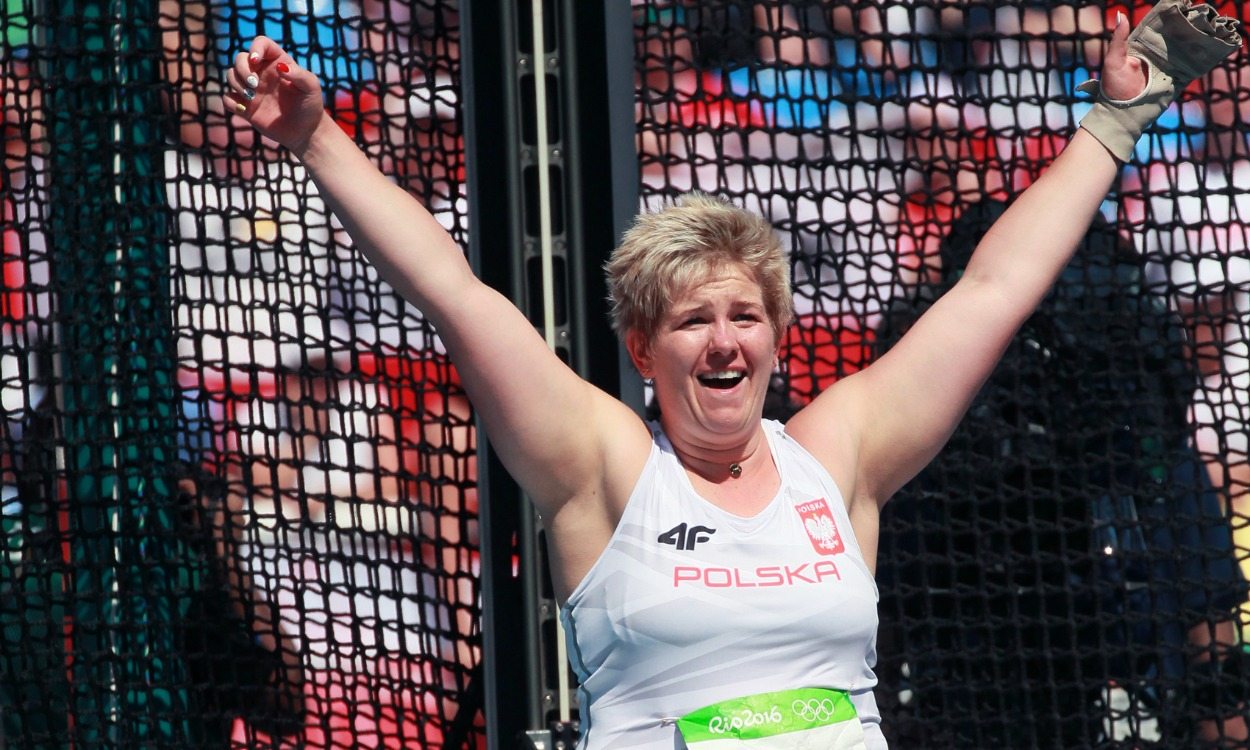 World champion improves her own world record to 82.29m, while Britain’s Sophie Hitchon has throw of her life for Olympic bronze

Anita Wlodarczyk launched the hammer to 82.29m to smash her own world record in Rio on Monday, while Sophie Hitchon broke her own British record for a brilliant bronze.

Ahead of the final, Poland’s world champion had indicated that she was looking to go further than ever before and after breaking the Olympic record with 80.40m in the second round, she improved that mark by almost two metres with her next throw to get the gold in style.

The 31-year-old, who claimed silver in London four years ago and won world gold in 2009 and 2015, also followed that up with 81.74m in the fifth round and now has a winning streak of 29 competitions.

“Before the third throw I felt the power and knew it would be the best moment,” she said. “After many years of hard work I’m on top.”

Hitchon had moved up into bronze medal position with 73.29m from her second throw but dropped down the field as the competition progressed. However, keeping her cool the Briton unleashed the throw of her life in the final round, launching the hammer to 74.54m to secure a podium place. 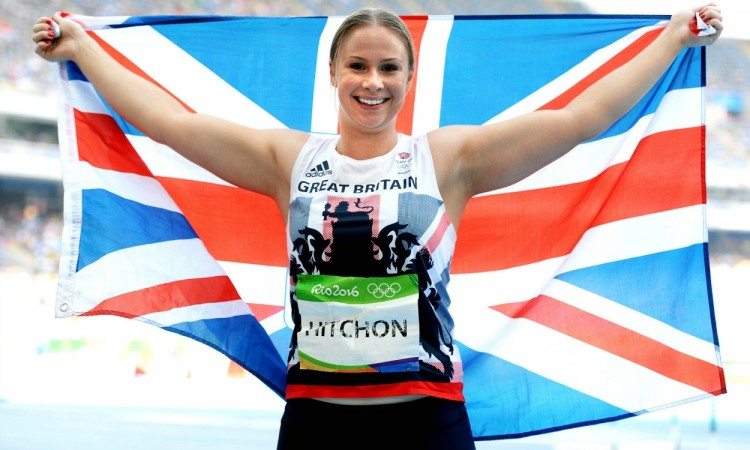 “I just had to keep my mind quiet and focussed on my technique. It paid off,” said the Briton. “I knew I hadn’t done enough on the second round, I knew the girls could throw further than that. They’re all consistent as well and I never would rest on a throw and I always want to push for more.

“I’ve been doing it in training but to do it in competition is amazing.”

Both Dina Asher-Smith and Jodie Williams safely progressed through to the 200m semi-finals for Great Britain, but two-time Olympic champion Veronica Campbell-Brown of Jamaica was among the casualties as she ran out of her lane and out of the competition after clocking 22.97 for third in her heat.

The 34-year-old, who won 200m Olympic gold medals in 2004 and 2008, moved from lane six to lane seven off the bend after also having run out of her lane at last year’s IAAF World Championships and wasn’t quick enough to make it through as a fastest loser.

Marie-Josee Ta Lou of Ivory Coast, who just missed out on 100m bronze, went quickest overall with a 22.31 PB as she finished ahead of Jamaica’s 100m champion Elaine Thompson in their heat. USA’s Tori Bowie, Nigeria’s Blessing Okagbare and world champ Dafne Schippers of Netherlands were also among those to progress.

Left disappointed after her fifth place in the 100m final, Schippers admitted after her 200m heat that she had almost left the Games because of a leg problem.

“Last Wednesday I was ready to go home because of the injury, but I carried on,” she said. “All I could do was to run and have treatment. I was very disappointed that I wasn’t able to show what I’m capable of doing.

“I was broken,” she added. “I didn’t come here to finish fifth but that was the maximum I could do.”

On qualifying for the 200m semi-finals, she added: “I’m happy now. I’m much better. I’m glad it went so well in the 200. I’ve now got the chance to show what I am capable of doing.”