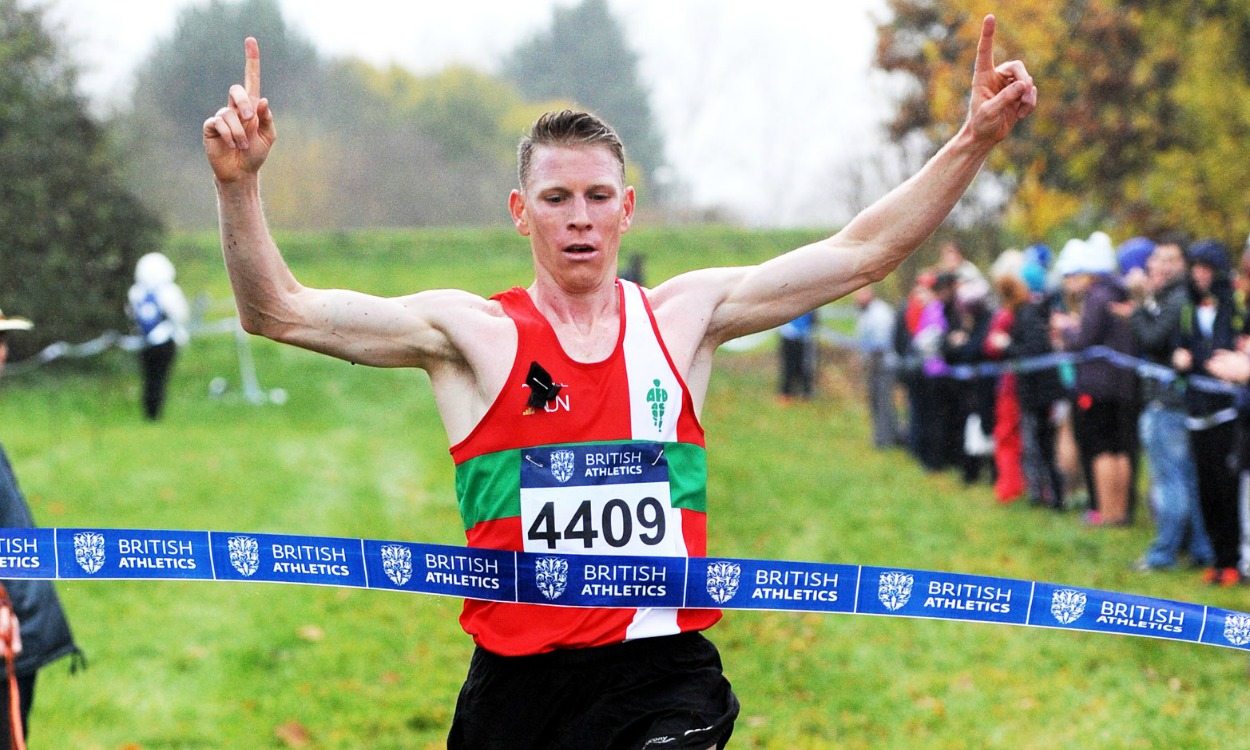 Andy Vernon looks like he’s the man to beat on the mud this winter in Great Britain after an impressive victory in the opening British Athletics Cross Challenge series meet at Teardrop Lakes in Milton Keynes on Saturday (November 12).

The Rio Olympian, who won a hat-trick of Cross Challenge titles from 2008-09 and 2010-11, has returned to running cross-country for the first time in more than two years this season and has swiftly stamped his foot down as a dominant force on the scene, following up strong relay legs in Bedford and Mansfield with an individual victory over the 9.5km circuit in Buckinghamshire.

It soon became clear that Vernon, Taylor and Hickey, as well as Derby’s Ben Connor and Hallamshire Harriers’ Andy Heyes, were too strong for many of those challenging up front, and the quintet began to pick up the pace between the fourth and fifth kilometres.

Connor took to the head of the field and ramped up the speed as he, Taylor and Vernon entered the final 3.6km large lap and looked to be in a strong position before Vernon’s strength in the final stages kicked in and the Aldershot, Farnham & District athlete brought it home 11 seconds from Connor in 28:42. Taylor was third in 29:01, while Hickey edged out Heyes by one second, finishing in 29:10.

“I’m pleased with that. I’m getting back into some good form again and it’s good to get a run out before Liverpool next weekend,” said Vernon, who arguably heads into the European trials as the one to watch. “I wanted to control the pace at the start. Once we’d whittled down to the top seven or eight guys I was happy to let the race unfold.

“I suffered a bit on the first long lap. I had a bit of a stitch from the sharp downhills which get everything moving. It probably affected me for four or five minutes but I had to make sure I relaxed and just ran. I wasn’t pushing the pace on at all during that lap. I always wanted to make a move from the bottom of the last downhill, so I thought I’d make it a long run for home.”

The Wycombe athlete too had come off the back of a strong performance in the English National Relays in Mansfield, and she set the early pace with Judd, Katrina Wootton and Gemma Steel in tow.

After the halfway stage Judd looked ready to take the race on but Woolven battled her way to the front to overcome the Loughborough University student by four seconds, winning the 5.9km race in 19:41. Wootton came third ahead of former European champion Steel.

Harriet Knowles-Jones was the runaway favourite ahead of the under-20/17 race, and the reigning European junior cross-country silver medallist was a resounding winner over 5km, beating Amelia Quirk and Khahisa Mhlanga.

City of Sheffield’s James Gormley, a late entry to the event, ended up in a fatigued heap on the ground beyond the finish line in the under-20/17 men’s race, having won with relative ease in 17:51 over Sam Stevens and the early leader Paulos Surafel in second and third.

There was also a sobering moment ahead of the under-20/17 women’s race as athletes and spectators shared a moment of silence in memory of Lucy Pygott and Stacey Burrows, the Aldershot, Farnham & District runners who tragically died earlier in the week after being hit by a car while out training.