Andy Vernon has medals in mind ahead of European double 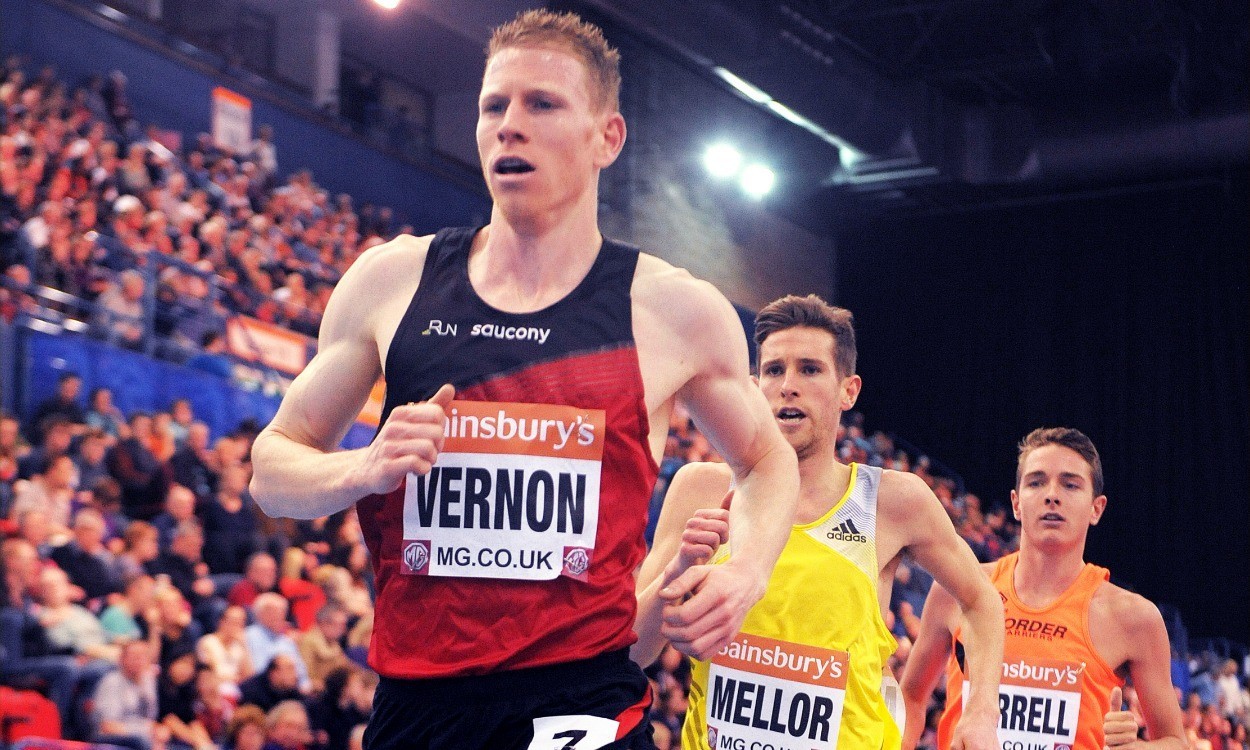 British 10,000m champion doesn’t want to return from Zurich empty-handed and says a post-Commonwealth Games Twitter exchange with Lynsey Sharp was “just a joke that got out of hand”

Andy Vernon is going into the European Championships with a medal-winning mentality as the British 10,000m champion gets ready to contest both the 5000m and the 25-lap event in Zurich.

The 28-year-old might be up against the likes of team-mate Mo Farah – should the double world and Olympic champion opt to race both events following the illness that ended his hopes of competing at the Commonwealth Games – but Vernon doesn’t want to return from his first major championship competing for Great Britain on the track empty-handed.

“Obviously Mo is a hard target to beat. I don’t know what his form is like either.

“I’m going in to the races thinking that I want to get a medal,” he added, with the 10,000m final taking place on Wednesday and the 5000m event on Sunday. “I want to come home with something, that’s my thought process anyway.”

Although Zurich offers Vernon his first chance to run for GB at a major event on the track, the Aldershot athlete is by no means stepping into the unknown and also has the experience of a Euro Cross medal behind him.

“Most of the people I know from racing cross country,” he said when discussing his opposition.

“I’m a decent track runner,” he added. “I might not be the world’s greatest, but I can hold my own I think, so I’m just looking forward to it really.”

When it comes to holding  his own, Vernon doesn’t seem to restrict that attitude only to racing.

He also tried to hold his own in a Twitter exchange with fellow GB athlete Lynsey Sharp recently when he says a joke “got out of hand”. But when their conversation – which had begun after Commonwealth 800m silver medallist Sharp tweeted a fellow athlete about how she’d promised to buy herself a handbag if she won a medal in Glasgow and Vernon replied with “you won a medal??? You should mention it now and then!” – prompted fans to get involved, he decided it was time to back down.

“It was just a joke that got out of hand really, that’s pretty much it. One thing led to another,” said Vernon, who in that Twitter exchange had gone on to mention to Sharp how he doesn’t use a drip to get his medals (Sharp had spent the night before the 800m final ill in hospital where she required a drip) after she had said: “It’s not my fault cross country doesn’t get quite as much publicity.”

On the reaction the Twitter exchange had got from fans, Vernon said: “It got aggressive at some points. After about three tweets I thought ‘that’s me out’, I’m just going to apologise and let it be.”

He sent a tweet saying sorry to Sharp on the social media site and plans to speak with her face-to-face in Switzerland.

“I’ll have a chat with her here as well, I’ll clear the air and make sure there’s no uncomfortableness,” he said.