Andrew Osagie back in the running 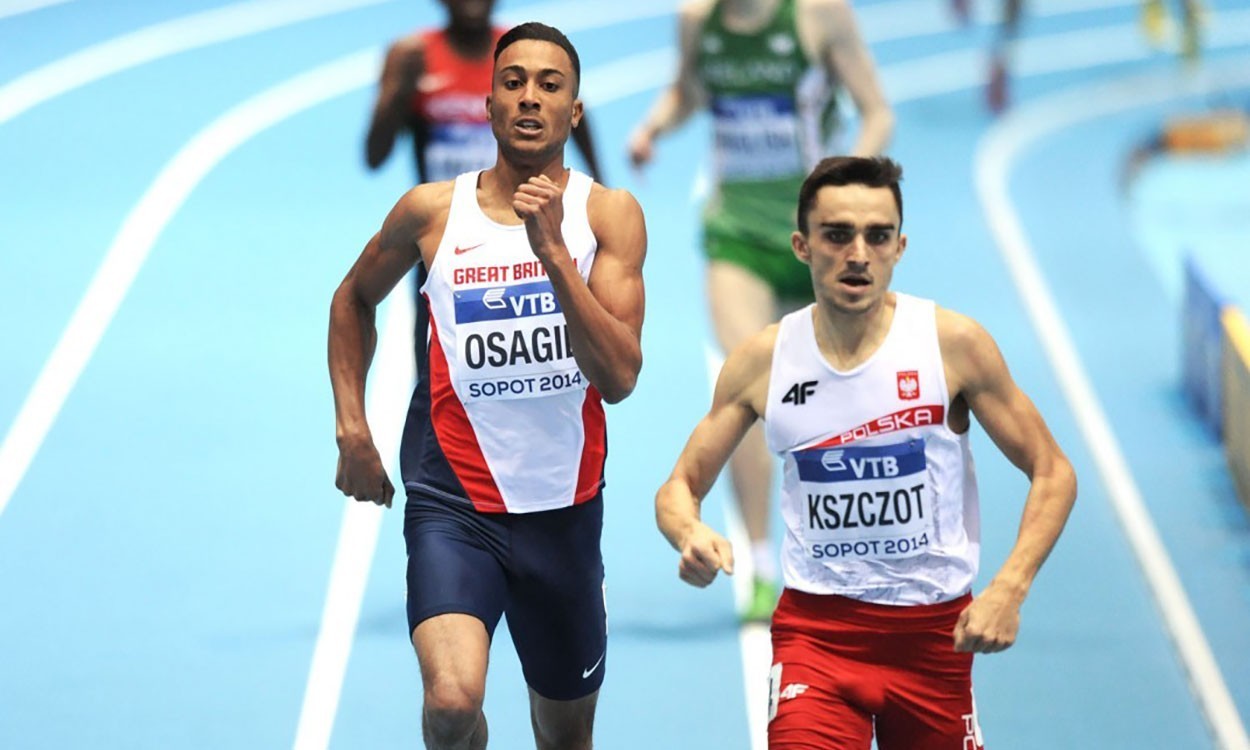 Currently working his way back after undergoing surgery in October, Andrew Osagie believes he is actually now in better shape that he has been for quite some time.

The London Olympic 800m finalist has had what he describes as a “bit of a rollercoaster” year, with further hamstring troubles eventually leading to an operation, but having maintained his fitness and focus the 27-year-old says a medal in Rio remains very much the aim.

“It has gone from quite a low point throughout the season, missing a lot of racing, to quite a high point now, feeling optimistic and looking forward to the future,” says the Harlow athlete.

“I’m looking to be back running next week,” he adds, following the operation to remove scar tissue and resolve recurring hamstring problems. “I never really stopped training. Physically I’m actually in better shape than I have been in a long time.”

Osagie last competed in February, the same month that he decided to part from his long-time coach Craig Winrow. It was at St Mary’s University in 2007 that the pair teamed up and since then Osagie has gone on to win British titles, claim two world indoor medals and record times including a 1:43.77 outdoor 800m when finishing eighth in the London 2012 Olympic final – a clocking which puts him fourth on the UK all-time list behind only Seb Coe, Steve Cram and Peter Elliott.

“I switched my coaching situation in around February time,” he explains. “I left my coach who I had been with for about seven years to get the input from some other coaches to see if I can make the steps forward that I need to.”

Having been under the guidance of physiotherapists and strength and conditioning coaches during his time out through injury, Osagie says a “typical” coach hasn’t been required. “I will look to go to a specific coach that might be able to help me,” he adds, “but at the moment it’s about getting myself in physically the right place.”

Osagie has retained his spot on UK Athletics’ World Class Performance Programme for 2015-16 and so will again receive top-tier National Lottery funding and support in Olympic year. That ‘Podium’ level support is for the athletes the national governing body believes have the potential to win medals in Brazil next summer.

“I still think a realistic aim is for me to get a medal in Rio,” he says. “I really genuinely believe that.”

After finishing fifth in the 2013 world final but then having to sit out the latest edition this summer, Osagie says it all acts as fuel on the fire.

“The race at the London Olympics was very fast and I couldn’t quite run fast enough on that day to win a medal. Beijing this year was a little bit slower, a bit more tactical – it was my sort of race, a race that I would love to get my teeth into,” he says.

“I see that and it’s like ‘you know what, there’s still a chance for you’. It does give that fire in the belly to be motivated and get out there.”

While the sport has been struggling with doping allegations and claims of corruption, Osagie says a benefit of having been out injured is that he has been concentrating on himself rather than getting too wrapped up in anything else.

“Almost a positive of being injured for so long is that I’ve been able to really focus on myself,” he explains.

“There is always negativity when the words ‘drugs’ or ‘scandal’ are mentioned in anything, especially sport. It’s a difficult situation that needs to be dealt with correctly. Something needs to be put in place where things can be monitored over a long period of time and consistently.”

Looking ahead to his own immediate future, the two-time world indoor bronze medallist adds that an indoor season is “lightly in the plan” at the moment.

“Racing is never out of the question for me – I absolutely love racing,” says Osagie.

“Having the summer season is the big one. I would love to do well in the Olympics, that’s the big aim. An indoor season would be such a positive plus.”