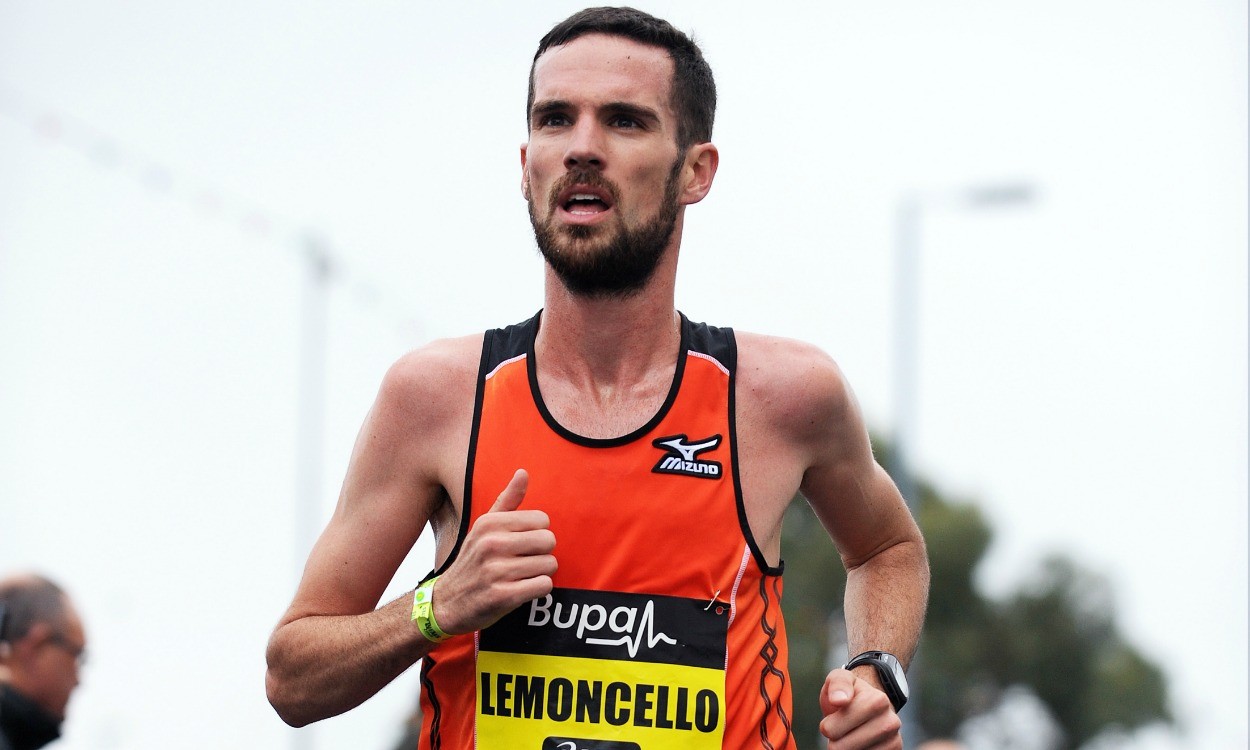 A look at some of the top performances from the past week, including a win at the Las Vegas Rock ‘n’ Roll Marathon for Andrew Lemoncello and London Youth Games action

While masters athletes were competing in Dublin at the British and Irish Masters Cross Country International, an online report for which can be found here, there was plenty of other action both in the UK and overseas.

Arizona-based Scot Andrew Lemoncello contested his first marathon since 2012, winning in 2:21:47 in less than ideal conditions.

The Olympic steeplechaser has this year been making a comeback after injury as he targets a spot for the marathon at the Rio 2016 Games.

Speaking ahead of Sunday’s event, he told the Las Vegas Review-Journal he would be using the marathon in Las Vegas as preparation ahead of January’s Houston Marathon, where he hopes to get the GB Olympic standard of 2:14:00.

“The @RunRocknRoll #stripatnight had savage weather but boy did the crowds make up 4 it. What a way to finish a race!” Lemoncello wrote on Twitter after the first marathon win of his career.

“Had to abandon race plan at 8 miles because of the wind but so glad I finished the race. Every race and run is going to feel easy after that.”

USA’s Jeffrey Eggleston and Jennifer Bergman won the half-marathon events in 64:40 and 75:22 respectively.

Dewi Griffiths was three seconds behind in second, while Jacob Allen, clocking 29:50, was third.

Cardiff AC’s Charlotte Arter continued her good form to place top woman with 33:03 ahead of Faye Fullerton and Stevie Stockton.

Martin Duff’s report will appear in this week’s AW magazine.

The day after winning the W35 bronze medal in Dublin for Scotland in the Masters International, Joasia Zakrzewski comfortably won the women’s race in 61:19.

Kenya’s John Mwangangi won the men’s race in a Spanish all-comers record of 2:06:13.

Namibia’s Beata Naigambo also clocked a course record when she won the women’s race in 2:26:58.

Alastair Aitken’s report and Hazxel Dunlop’s photographs will appear in this week’s magazine.

Two athletes who have both won National titles on this course won the under-17 races. George Groom won the men’s race and Sabrina Sinha won the women’s race. The girls race was particularly strong with fellow junior internationals Holly Page and Katy-Ann McDonald second and third and English Schools 3000m champion Jessica Keene only finishing fifth.

Marc Scott maintained his 100 per-cent record on the country this winter by winning the 10,000m race in 29:37.1 to win by a second and a half from Jacob Burcham.