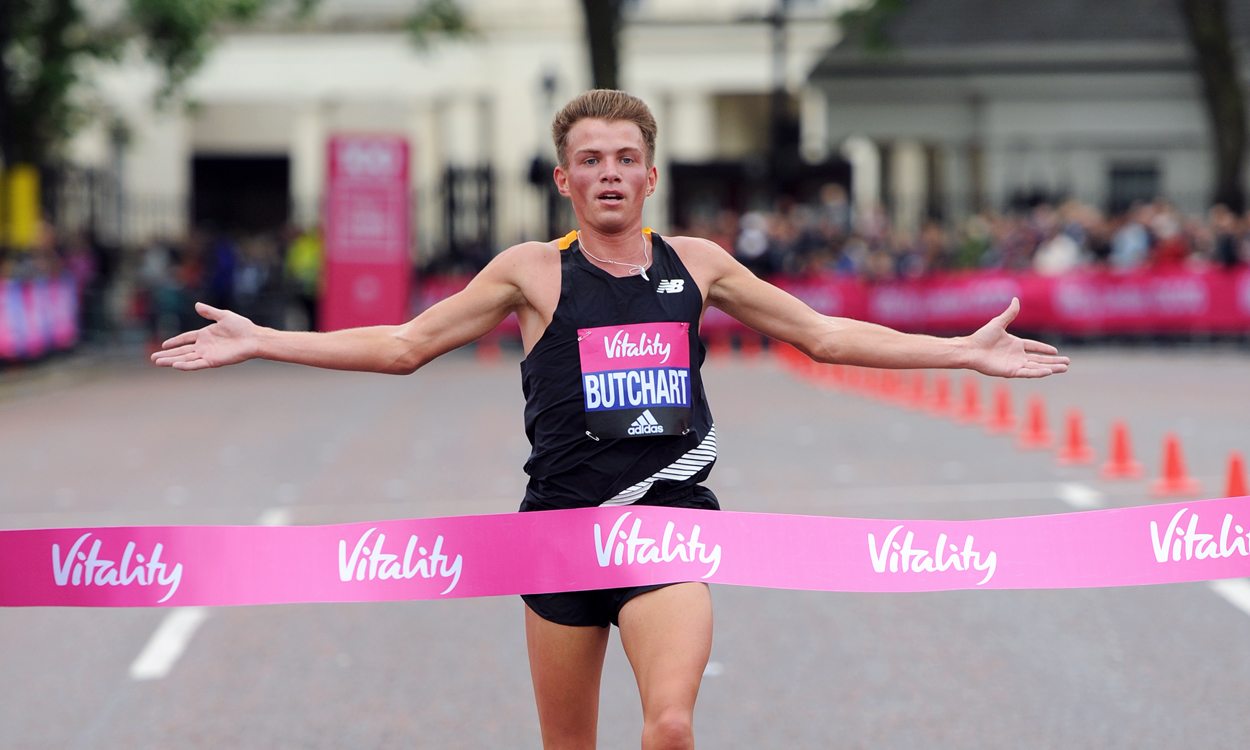 Andrew Butchart confirmed his superb current form as he easily won the Vitality London 10000 in a 28:28 PB on Monday (May 30).

The previous day Butchart had lost the Vitality Westminster Mile by inches and his two performances in London come after some fast 5000m races where he has easily bettered the Olympic qualifying mark and also broke the Scottish 5000m record with a time of 13:13.30 in Hengelo.

At an event which incorporates the British 10km Championships, defending champion Andy Vernon was second in 29:04 and Ben Connor third in 29:23.

“Yesterday’s mile probably helped my legs, to be honest,” said Butchart. “If I hadn’t run yesterday I probably would have felt worse, but I ended up taking more than 30 seconds from my PB.

“It’s my first UK title so I’ve got to be pleased with that.

“It felt like a comfortable pace and I knew Andy is not really fighting fit at the moment, so I was confident.”

Lily Partridge was a runaway winner of the women’s race in a 33:03 PB. 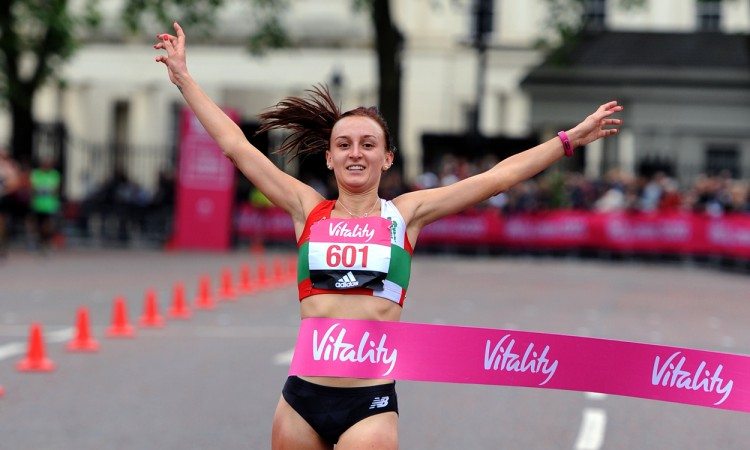 Rachel Felton was second in 33:35 while Hannah Walker was third.

“It’s nice to draw a line under last week,” said Partridge, who finished fifth in the Highgate Harriers Night of the 10,000m PBs, which incorporated the Rio Olympics 10,000m trials. “I just wanted to get my confidence back and it was nice to feel myself again.

“I hadn’t planned to run here but last weekend was so awful, I just wanted to get out again. It was good of the organisers to let me in and thankfully I have another British title at the end of it.”

David Weir also completed a highly successful weekend with a 21:06 victory after his historic sub-3-minute mile on Sunday.

“It’s always good to get a double,” said Weir. “I’d like to have broken 20 minutes today but it was quite windy out there and there are a lot of corners on this course.”