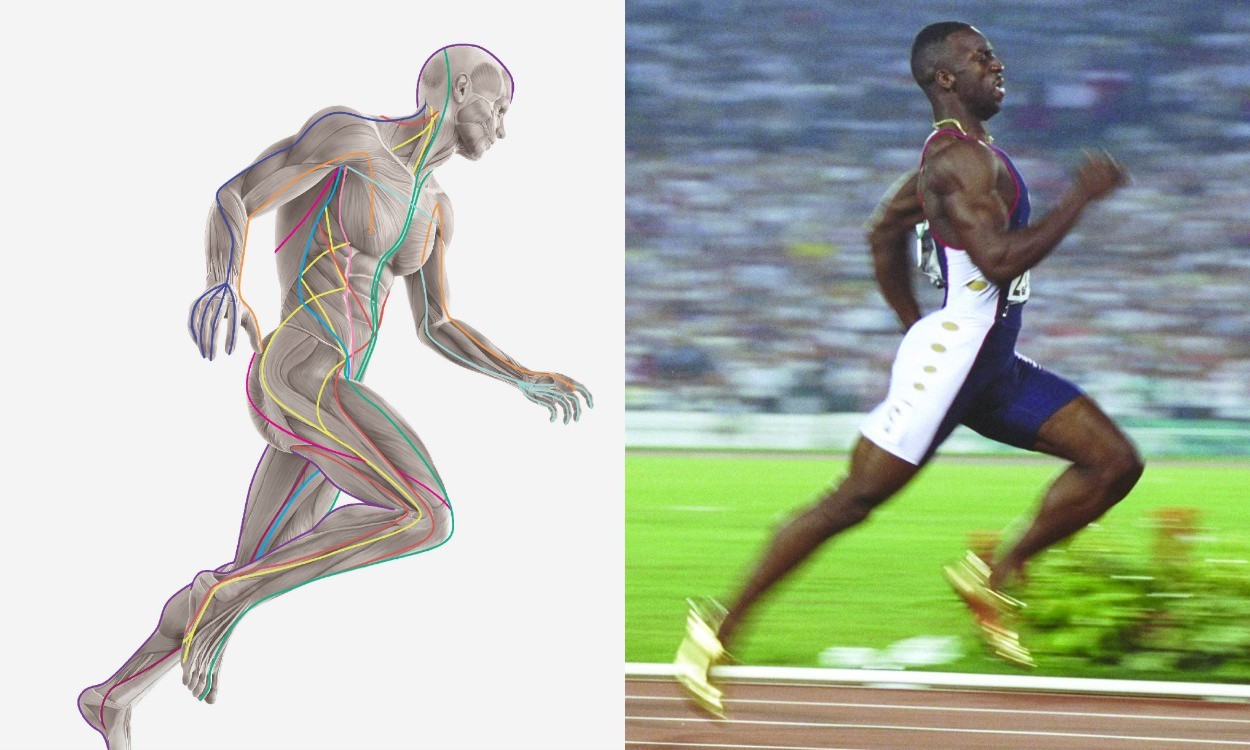 Running should come naturally and everyone has their own unique style, however some find it easier than others and James Earls explains why

There are as many opinions on running form as there are books, forums and Facebook posts that discuss it. One of the issues that have brought the debate to the fore in the last five years has been the barefoot running craze/fad/return to truth (delete as appropriate to your “religion”). Championed by Chris McDougall in his excellent “Born to Run” book, he not only brought our awareness to barefoot running, but also to some of the anatomy behind it.

Drawing from research by Harvard professor Dan Lieberman, McDougall documents how the body is “designed” to run and has perhaps specialised for persistent, long-distance hunting. Within his book, McDougall demonstrates that many of the adaptations that allow us this skill are in the body’s fascial elastic tissues.

These fascial tissues include the tendons, ligaments and wrappings around the muscles. It may help the non-anatomist to think of the shiny grey or silver films and sheets of tissue around fresh steak and even fish. For running, we concentrate many forces through the tendons of the leg and the neck.

However, the tissues we recruit will be determined by the way in which we run, and each style will have its own benefits and costs depending on how we use our body. Rather than accepting the standard anatomical presentations, to really understand the different styles, we must analyse the movement using other less well known mechanisms.

Most of our understanding of anatomy is dependent on analysing the body as a collection of individual muscle and tendon units. However, anatomist Thomas Myers has shown that the elastic fascial tissues do not stop at their so-called attachments – they carry on across these points to form a series of continuities that he calls “anatomy trains”.

When we look at the complex movements involved in athletics we may recognise lines of pull or force travelling through the body in certain directions. These common tracks tend to follow the anatomical lines mapped by Myers. We can see this by comparing all-time great Michael Johnson’s unusual running form and the image of the “superficial front line” proposed within the “anatomy trains” model (pictured above).

By using spinal extension and head retraction in his running, Johnson created more tension through his body’s anterior tissue. This lengthening of the anterior myofascial line would create pre-tensioning of the tissue, thereby achieving more potential for power output and greater speed of recovery from extension to flexion.

Initiating a movement by first going in the opposite direction is part of the “stretch-shortening cycle” (SSC). Simply put, going into extension helps the recruitment of the flexors and vice versa. Thus, with the anatomy trains model we can clearly see how Johnson’s head position would influence his hip, abdominal and thigh power output.

Different forms of movement will require different strength ability characteristics. By seeing the body as a connected whole, instead of the sum of the anatomical parts, we can often develop new strategies or gain a better understanding of the implications of old ones, such as in the case of Johnson. One just has to see and think a little beyond the muscle story and realise the influence of the little grey fibres too!