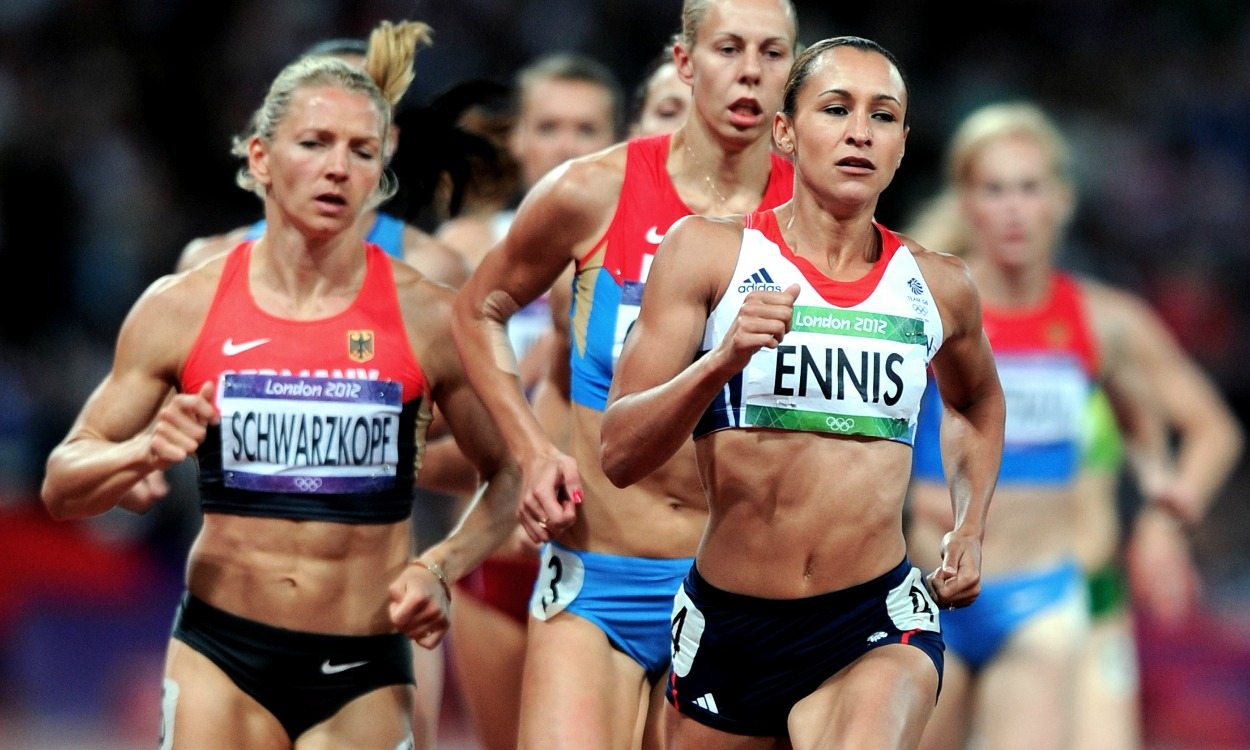 Positioning your eyes properly is beneficial for speed and Jessica Ennis-Hill might benefit from adjusting her line of vision, suggests Dr Sean Carey

Like many people, I’m a huge fan of Jessica Ennis-Hill’s athleticism. Her ability to maintain her head poise and general alignment in the run-up to the high jump and long jump is remarkable. She’s also a fantastic technical 100m hurdler. But as a researcher in evolutionary biology and social neuroscience at the University of Manchester and a teacher of the Alexander Technique, I have pinpointed some areas for technical improvement.

Watch Ennis-Hill run the 800m and it’s clear that her head balance is nowhere near as good as it is in the other events. Over this longer distance, she has a tendency to tighten her neck muscles, thus pulling the back of her head down towards her shoulders (in other words her chin and eyes move up in space).

Why does it matter?

Crucially, the imbalance of her head that occurs in the 800m exerts a downward pressure through her torso, exaggerating the curvature of her lower back, stiffening her rib cage, making it harder to breathe, and causing a loss of elasticity in the musculature of her legs and arms. It’s what the Australian-born founder of the postural awareness method, the Alexander Technique, aptly called ‘shortening the stature’ – a reduction in the measurable distance between the crown of the head and the soles of the feet, brought about in large part by compression of the uniquely human double-S shaped spine.

Shortening of the stature will inevitably have an adverse effect on any runner’s speed and endurance, even that of a reigning Olympic champion.

Why the difference in running styles between different events? Well, it’s interesting to observe that a significant proportion of Ennis-Hill’s fellow heptathletes in the 800m also display the same pattern of poor head balance, spinal compression, rib cage rigidity and sinking into their legs.

My guess is that because of the points system used for each heptathlon discipline, athletes are likely to be overly focused on their ‘inner’ clock, which will diminish to a greater or lesser extent their spatial awareness of their immediate environment.

Put another way, many heptathletes are so preoccupied with pacing themselves (as they have done countless times in training) to achieve a specific time, rather than running against their competitors in the here and now as runners might in a stand-alone middle-distance race, that their eyes are inclined to literally glaze over.

The eyes have it

Compare the way Ennis-Hill runs her 800m race with well-coordinated runners such as Tirunesh Dibaba or Kenenisa Bekele, two of the most technically gifted athletes of the modern era. Aside from the fluidity with which the two Ethiopian Olympic champions move, one very striking characteristic of their running styles is the way their eyes not only remain alert to take into account what their competitors are up to, but they constantly look up and down the track. Indeed, that’s the case even when they are well clear of the field. 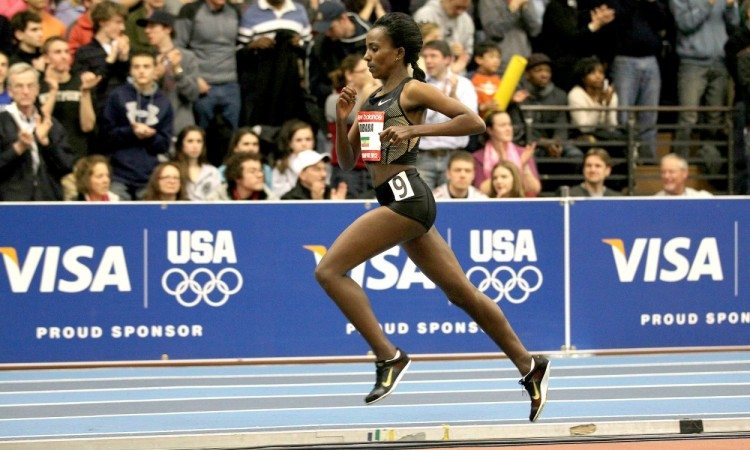 There is considerable value in using the eyes in this way. In fact, that smooth oscillation in vision has several functions. Firstly, it provides runners with information about their direction of travel, and secondly it tells them where their feet are about to land. In addition, maintaining expansion of their visual field (including peripheral vision) helps maintain an upward lengthening of the neck muscles which facilitates good head poise, triggering an up-thrust along the spine and a sideways expansion of the springy, supportive back musculature.

This prevents side-to-side movement or over-rotation and allows the legs and arms to move freely with the minimum amount of energy expenditure.

There are other reasons why athletes like Dibaba look as though they are floating across the ground and are experiencing a feeling of buoyancy rather than heaviness as they run.

She possesses a particularly well connected primary control with her head and neck lengthening out of a supportive back. Her head remains balanced on top of her spine even when she looks behind or up at a stadium screen to monitor what competitors are doing.

She is remarkably symmetrical. Her pelvis remains on a level plane and her arms release away efficiently from the chest wall, opening and closing around a 90-degree angle at the elbows. Unless she is sprinting, her elbows do not reach beyond her torso.

The distance between the crown of her head from her feet is kept at maximum stretch. She is poetry in motion, in the truest sense. All of us, including the brilliant Jessica Ennis-Hill, would do well to follow her example.

» Dr Sean Carey is an anthropologist and honorary senior research fellow in the School of Social Sciences, University of Manchester. He is a member of the Society of Teachers of the Alexander Technique (STAT) and teaches the technique in London and St Albans. For more information on running and movement you can read his latest book Alexander Technique in Everyday Activity: Improve how you sit, stand, walk, work and run (Hite; £18.99) which is available to order here