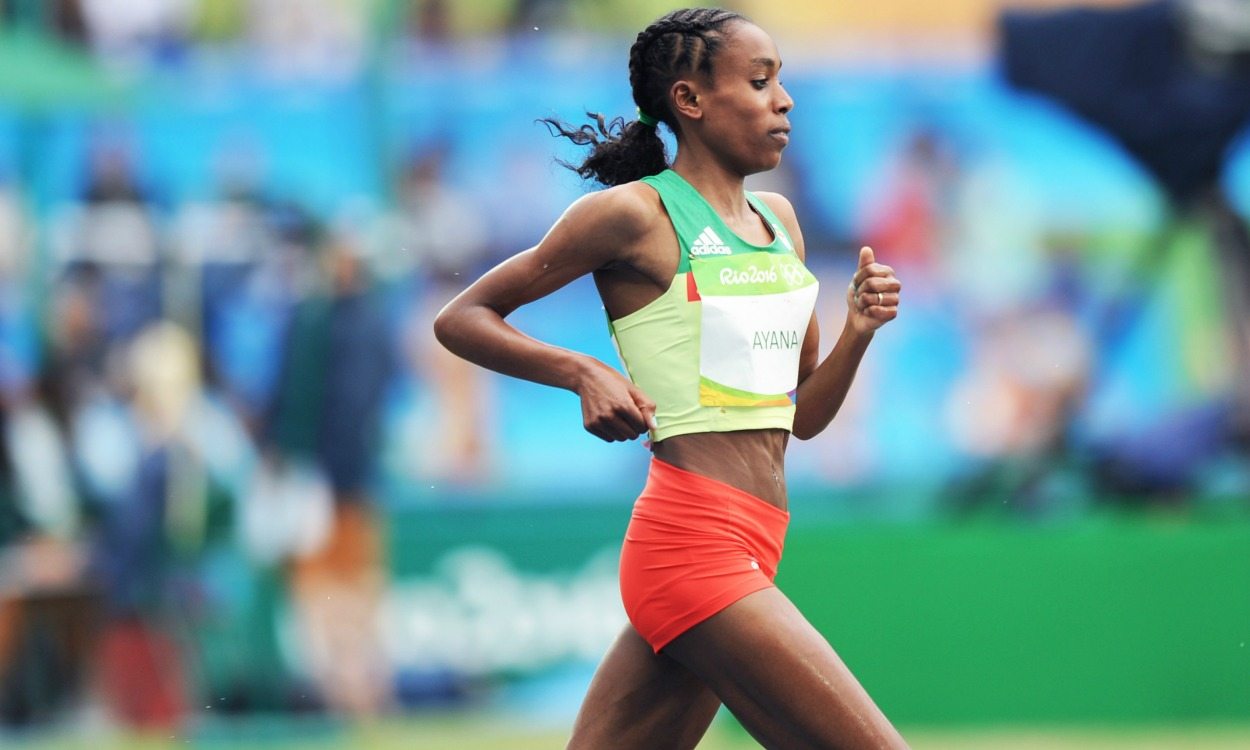 Ethiopian tells cynics her Olympic 10,000m win is down to hard training and religious faith

When the Olympics aren’t on, the Estádio Olímpico in Rio is the home of Botafogo football club. During its history it has produced more players for the Brazilian national team than anyone else and its nickname, A Estrela Solitária, translates as ‘The Lone Star’ in Portuguese.

On Friday morning, the team’s arena was taken over by a 24-year-old runner called Almaz Ayana and the Ethiopian took a leaf out of Botafogo’s book by becoming the first lone star of track and field at the 2016 Games. With a scintillating display of front running, Ayana scorched to a 10,000m world record of 29:17.45 as she spear-headed the fastest women’s 25-lap footrace in history.

Rather than the joyful celebration that accompanies the samba style of Brazilian footballers, though, Ayana’s athletics achievement was met with cynicism.

She has never tested positive, nor done anything to arouse suspicions other than run incredibly fast. In fact, Ethiopian officials say she was tested three times in July and had blood and urine tests the day before her 10,000m final. But her demolition of the world record was greeted with scepticism, with fans and even some well-known athletes questioning how clean the race was.

Sarah Lahti of Sweden, who was 12th, told Expressen: “I do not really believe that she (Ayana) is 100%. It is too easy for her. We see no facial expression while the rest of us are struggling for life at the back.”

It did not help that the record she had destroyed was owned by Wang Junxia, one of several Chinese athletes who rewrote the record books in 1993 under the direction of Ma Junren, a controversial coach who fed them a diet of turtle’s blood and caterpillar fungus.

When asked about the doping cynicism at her post-race press conference at the Estádio Olímpico on Friday, Ayana replied sharply: “My doping is my training and my doping is Jesus. Nothing otherwise, I am crystal clear.”

As her delicate frame leant forward closer to the microphone so the busy media gathering could hear her, she added: “I pray to the Lord. The Lord is giving me every blessing.”

The cynicism was not restricted to Ayana either. Behind, runner-up Vivian Cheruiyot was less than three seconds outside Wang’s mark in a Kenyan record of 29:32.53, while Tirunesh Dibaba ran a PB of 29:42.56 in third and Alice Aprot of Kenya also ran well inside 30 minutes – all with times that only Wang had previously achieved.

Most of the 37-strong field were lapped, including Jo Pavey, who finished top Briton in 15th, one place ahead of teammate Jess Andrews. “They lapped some of the runners so early on and it was much earlier than we’d expect usually,” said Pavey, the 2014 European champion who was taking part in her fifth Olympics. “But then again, if they’re going to run 29:17 then we’re going to get lapped! I don’t normally get lapped but then I’ve never been in a race that quick before.”

When asked about the phenomenal times at the front of the race, Pavey added: “When I heard the time afterwards, I couldn’t believe it. It was just so much faster than you can imagine anyone can run. To get lapped so early in the race was shocking.”

She continued: “You have to admire the performances (like this) until you know differently. It’s a sad day when someone cannot do something good without it being questioned. And I have no reason to suspect this (Ayana’s) performance.”

Athletes in the race mentioned that Ayana was coughing and did not look like a runner poised for victory when she was spluttering in the call room moments before the gun fired. Once out on the track, though, she blew not only her rivals away but a seemingly untouchable record in only her second race at the 25-lap distance.

Paula Radcliffe, the British record-holder with 30:01.09, described it as “a mind blowing race … to throw in 66-second laps off a sub-30min pace,” while 16th-placed Andrews said: “I got the best seat in the house for a world record and you can’t really ask for more than that!”

Elsewhere, though, cynicism raged with fans and athletes doubting the performance. A lone star on the track, Ayana cut a lonely figure off it at her press conference as she dealt with doping-related innuendo and lack of trust that is likely to overshadow her record for maybe years to come.