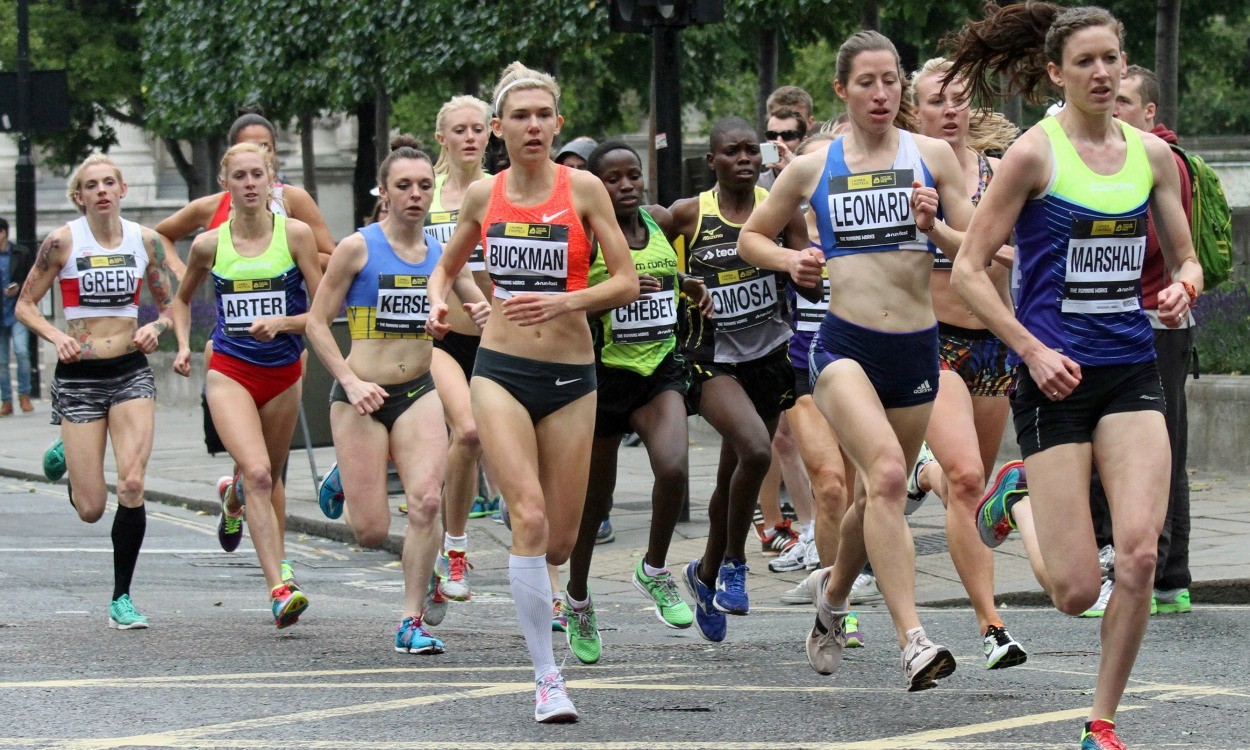 The Amba Hotels City of London Mile returned for the second year on Sunday with around 3000 people taking part in the free-to-enter event in the British capital.

Included in the series of races were two elite events, which were won by Britain’s Alison Leonard and Julian Matthews of New Zealand.

Leonard won convincingly in 4:39.23 having led from the halfway point after the pacemaker completed her duties. That time shaves more than four seconds off the course record set by Australia’s Genevieve LaCaze.

Jemma Simpson made her move in the final 300 metres, which saw her go from fourth to second and she claimed the runner-up spot in 4:40.86. She was followed by Australia’s Zoe Buckman, who was a 1500m finalist at the World Championships last year and had been the pre-race favourite. Buckman crossed the line in 4:42.85.

In the elite men’s race, the halfway point was passed in 2:01 before Australia’s Collis Birmingham led the leading group through 1000m. Taking the final turn on to Cheapside it remained a closely-fought battle, with Tom Lancashire leading with 300 metres to go.

Lancashire, Birmingham and Matthews remained tight but it was Matthews, racing his first ever road mile, who broke the tape in a course record of 4:03.40.

As well as the elite races, the event – which is sponsored by Athletics Weekly – included a Family Mile, Youth Mile, Wheelchair Mile, Women’s Mile, International Mile and City of London Mile.

The Youth Mile was dominated by athletes from Tonbridge AC, with Samuel Crick clocking 4:38 to win ahead of Freddie Ayre and Mason Webb, who had come first and second respectively at the inaugural event. Another Tonbridge athlete, Polly Pitcairn-Knowles, was also victorious, clocking 5:45 for the win and to finish 16th overall.

Nikki Emerson won the Wheelchair Mile in a 4:45 PB to cross the line more than two minutes ahead of the rest of the field.

“I’m delighted that this year’s City of London Mile was another great success and to get course records in both the elite races is particularly satisfying,” commented race director James Ruskin of Run-Fast.

“On the men’s side, we’re edging ever closer to the magical four-minute barrier, which I’m sure we’ll break through in due course.”