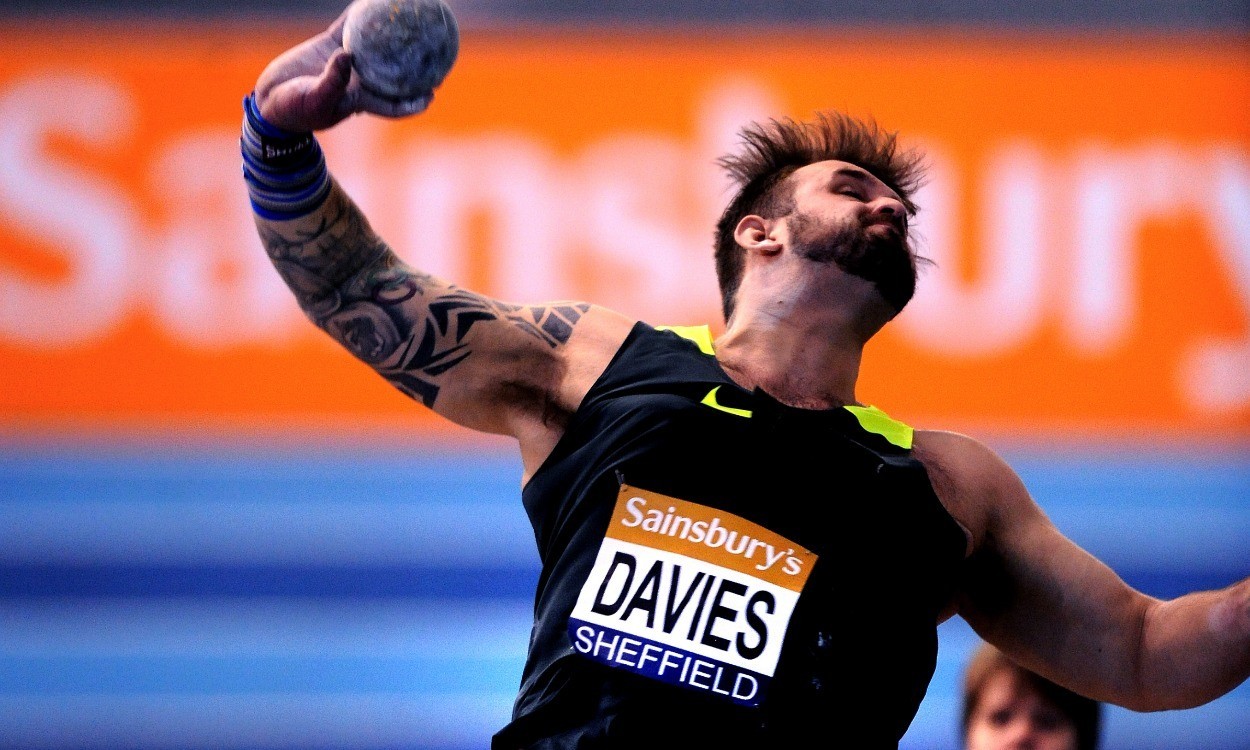 Paralympic, world and European champion breaks his own F42 shot put and discus records at the first IPC Athletics Grand Prix for 2015

Aled Davies has set two world records in as many days at the first IPC Athletics Grand Prix meeting of the year in Dubai.

On Sunday the Paralympic, world and European throws champion added 18cm to the F42 discus world record he set in Grosseto, Italy, nine months ago with 48.87m before returning to action a day later to throw 15.92m for 1068 points in the opening round of the shot put F42/44 competition.

That was an improvement of 1.21m on his previous record set at the IPC Athletics World Championships in Lyon, France, in 2013, though the 23-year-old had since thrown further. His world record set in Dubai is one centrimetre short of the personal best he threw indoors at the British Indoor Championships earlier this month but that mark was ineligible for world record purposes.

“First #IPCGrandPrix under my belt,” Davies tweeted. “Happy with my performances, loads to work on. Great to compete in #Dubai #2Golds.”

Davies has recently switched coach and is now advised by Ryan Spencer-Jones. The pair are set to travel to Arizona in March for a training camp where they will link up with three-time IAAF world shot put champion John Godina at the World Athletics Center.

Netherlands’ double world champion Marlou van Rhijn was another world record-breaker on day two of the Grand Prix as she beat her own T43 100m mark, clocking 12.85 in the T43/44 sprint event to take 0.11 seconds off her previous best set in June 2013.

“I’m very happy to start the season with a world record,” she said. “I always hoped to run fast but never thought I’d run this fast especially so early in the season. Hopefully it’s a good sign of what is to come later in the season.”