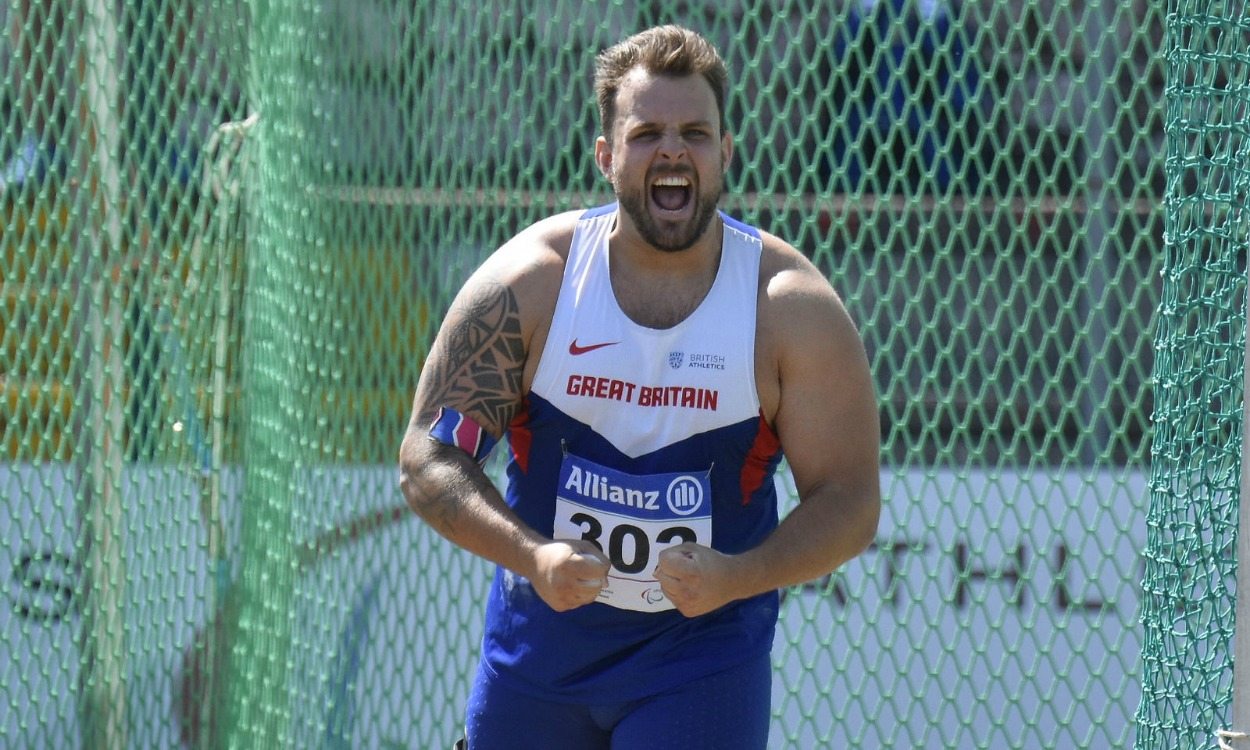 Aled Davies and Georgie Hermitage were in record-breaking form on Tuesday (June 14) at the IPC Athletics European Championships in Grosseto, Italy, and were among Britain’s three gold medallists on day four of the championships.

Davies won his second gold medal of the event after his F42 shot put win, throwing a world record 54.14m in the F42 discus, which added an impressive five metres to his own official world record.

The Welshman, who retained his title from Swansea in fine style to add another major honour to his ever-growing collection, said: “I am absolutely delighted with that result. To throw a personal best on the main stage is something every athlete wants to do.

“For me, I was even more shocked because I haven’t been doing too much discus this year as I have been focusing on the shot put for Rio, but I know there is a lot more in the tank.”

Later on in the day, Hermitage set another world record to claim gold and David Weir won his third title of the week.

Fresh from winning the T37 400m in world record time yesterday evening, Hermitage was back and won the 200m title in 27.21 to better her lifetime best by almost a second.

“I wanted to get a PB today,” she said. “I didn’t think I would run low 27 seconds I was just hoping to be under 28 seconds! I’m just so happy to get the world record and win a second European gold medal.”

Six-time Paralympic gold medallist Weir added T54 800m gold to the victories he had already achieved over 400m and 5000m in Grosseto. In a thrilling race, Weir powered away in the final 200m after Russia’s Aleksei Bychenok had opened up a convincing lead, the Briton getting the gold ahead of a fast-finishing Richard Chiassaro who also added another silver to the GB medal haul.

After three years out with injury after winning double Paralympic bronze in London, David Devine returned to competitive action with a silver in the T13 1500m. There was also a return to the podium for Graeme Ballard who claimed silver in the T36 100m.

Further medal success came in the T34 200m with Isaac Towers claiming bronze, while Stephen Miller also earned a medal of the same colour in the F32 club throw.