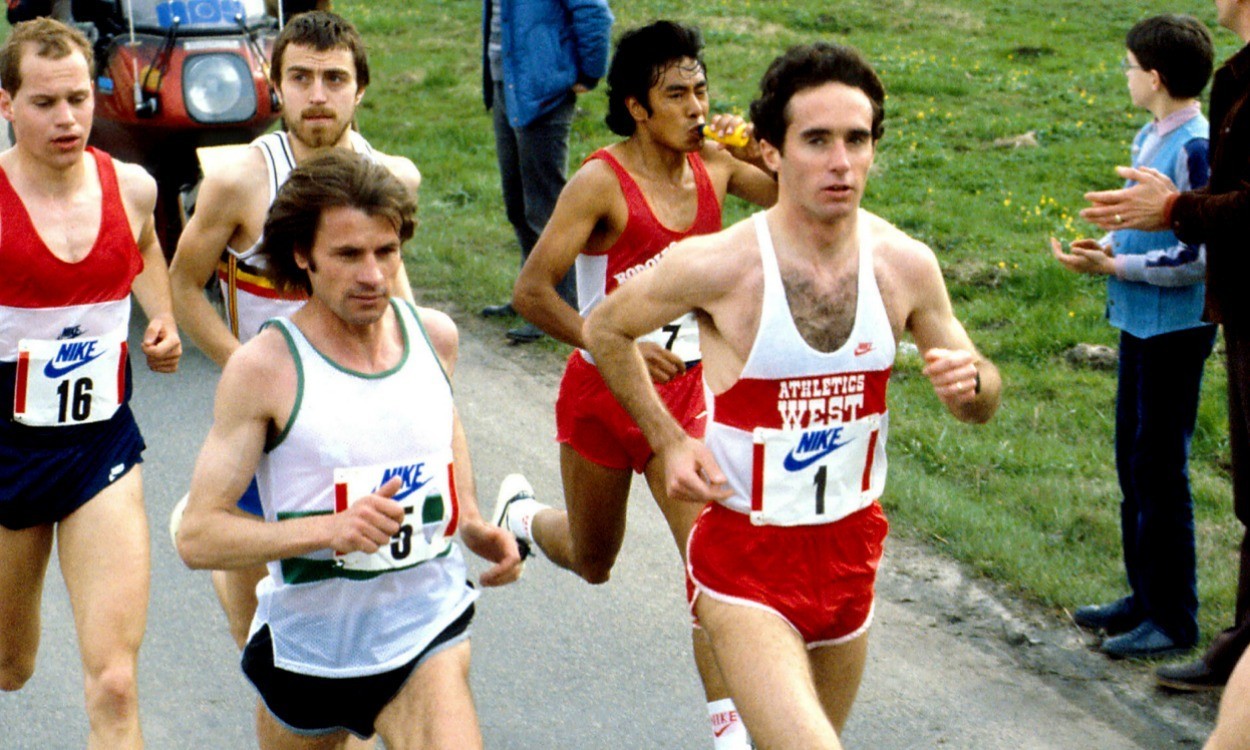 The clock is ticking towards 10pm and a former world marathon record-holder is reminded that he is putting in overtime long after his audience have disappeared into the night. Salazar quips: “Don’t worry about it. I haven’t had a vacation for 20 years!”

The coach to Mo Farah, among others, is treating a 15-year-old Shropshire county 3000m champion to the training session of a lifetime. Jamie Ward is running up and down on the carpeted floor of the council building while the 56-year-old, originally from Cuba, observes him repeatedly, demanding the youngster “Show me one more time.”

Ward is then called to a halt and Salazar steps in, his attention focussed on the drive of the left elbow of the Wolverhampton & Bilston athlete. In attempting to make this biomechanical adjustment, Salazar’s meticulous attention to what mere mortals call the smallest of details is immediately apparent.

Earlier in the evening he had linked this preoccupation with biomechanics to an acknowledgement of the wider role of sports science.

At the event organised by Andy Paul from Andy Paul Sports Consultancy and Steve Hollingworth of Birmingham City Council, Salazar assesses the value of contemporary sports science nowadays in commenting that: “Competition is so fierce nowadays, you have simply got to train smarter and utilise sports science. When you have access to both science and medicine, it’s foolish not to use it.”

He uses an analogy to state: “It’s like the military. Our soldiers are just as tough as they were in World War II, but these days they have the benefit of greater intelligence.”

He pays British Athletics a massive compliment adding: “With people such as Dr Barry Fudge, UK Athletics has the best sports science in the world in my opinion.”

“Competition is so fierce nowadays, you have simply got to train smarter and utilise sports science”

When asked specifically about our double Olympic, world and European champion, he adds: “Mo is constantly finely tuned. He has blood tests five or six times a year and British Athletics performance director Neil Black also checks him three or four times a year.”

Former British international marathon man and well-known event commentator Geoff Wightman asked Salazar to recollect the origins of the Oregon Project. The three-time New York City Marathon winner remembers: “I watched the Boston Marathon in 2001 with Nike vice president Thomas Clarke and an American came sixth and the commentators were saying what a great day it was for American endurance running. I said to Tom, ‘Is this how low our expectations are nowadays?’”

He is clearly proud of what the project has achieved reminding us: “Kara Goucher took a 10,000m bronze at the World Championships back in 2007. Matt Centrowitz got a bronze over 1500m at the 2011 World Championships in Daegu and went one better in Moscow last year. As well as Galen’s (Rupp) silver behind Mo in London 2012, people forget that with Dathan Ritzenhein and Matthew Tegenkamp, America had three men in the 10,000m final.”

Reference to the Oregon Project opens up a wider discussion about his philosophy of coaching. Salazar emphasises that any coach must be prepared to learn from past failings. “My idea is you try not to duplicate as a coach the same mistakes which you made as an athlete,” he points out.

When asked what motivates his contribution as a coach he is keen to dismiss any accusation that it’s driven by ego. He continues: “I love my guys and gals. I enjoy seeing my athletes achieve their goals. When Mo won in London 2012, I didn’t win, he did.”

This being said, he admits to being his own worst critic when things go wrong adding: “I blame myself when I’ve got five kids and four of them do well and one doesn’t do so well.

“I guess I still have to learn to pull back and not to take it so personally if I have an athlete who underperforms.”

With painful honesty Salazar concedes: “My biggest mistake was pushing myself all-year-round and not taking a rest. When I ran around Europe, the season may have ended on September 5 in Brussels. I’d have a couple of days off which were taken up by travelling and then I’d be back on it at 120 miles a week. I did this for about seven years and it ruined my system.”

“As a coach I can’t over-emphasise the importance of rest. Mo will take five to six weeks off at the end of a track season”

“As a coach I can’t over-emphasise the importance of rest. Mo will take five to six weeks off at the end of a track season.”

He says enthusiastically: “Track and field is now the No.1 participation sport in high school in the US. At my local school in Portland we now have 300 kids out of 1200 students who now do cross country. That’s one in four pupils and that’s unbelievable.”

When asked about his athletes running over the country he offers the following rationale: “Cross country is a great training ground for young athletes. But the reason my athletes like Mo and Galen no longer do it is they have already worked on the strength endurance it gives you and I’m scared of them risking injury.”

When looking to the future, Salazar is convinced “the Kenyan dominance will continue unless their economy changes”.

He continues: “When you see 400 or so kids working out over there on a dirt track like I have, you shake your head and realise that the scary thing is if they ever did things correctly we’d be in big trouble!”

He is asked the inevitable question about the viability of a sub-two-hour marathon and gives the measured response to that, saying: “It needs something revolutionary to occur in training terms for that to occur at present.

“I guess there’s always the argument that a freak of nature could come along – someone like a Usain Bolt of marathon running. This being said, you have to remember there’s only a handful of men who have ever gone under the hour for a half-marathon, so talk of a sub-two may be premature.”

He returns to the military again in suggesting their approach will be pivotal for the progression of endurance running in the future. “We have to keep looking to the military as their knowledge will seep into athletics. At present I’m working with Seal Team 6 and we are looking at furthering the boundaries of knowledge in terms of monitoring recovery and not just physiological recovery, but psychological recovery as well.

“Who knows, 60 years ago they said it was impossible to run a four-minute mile and now we have guys putting three of them together back-to-back”.

» Dr Matt Long coaches at Birmingham University and is a member of Birchfield Harriers. David Lowes is AW Performance editor and a 2:15 marathon man

» Birmingham City Council is keen to hear from LiRF and CiRF qualified leaders from the Birmingham area. For more information: [email protected]