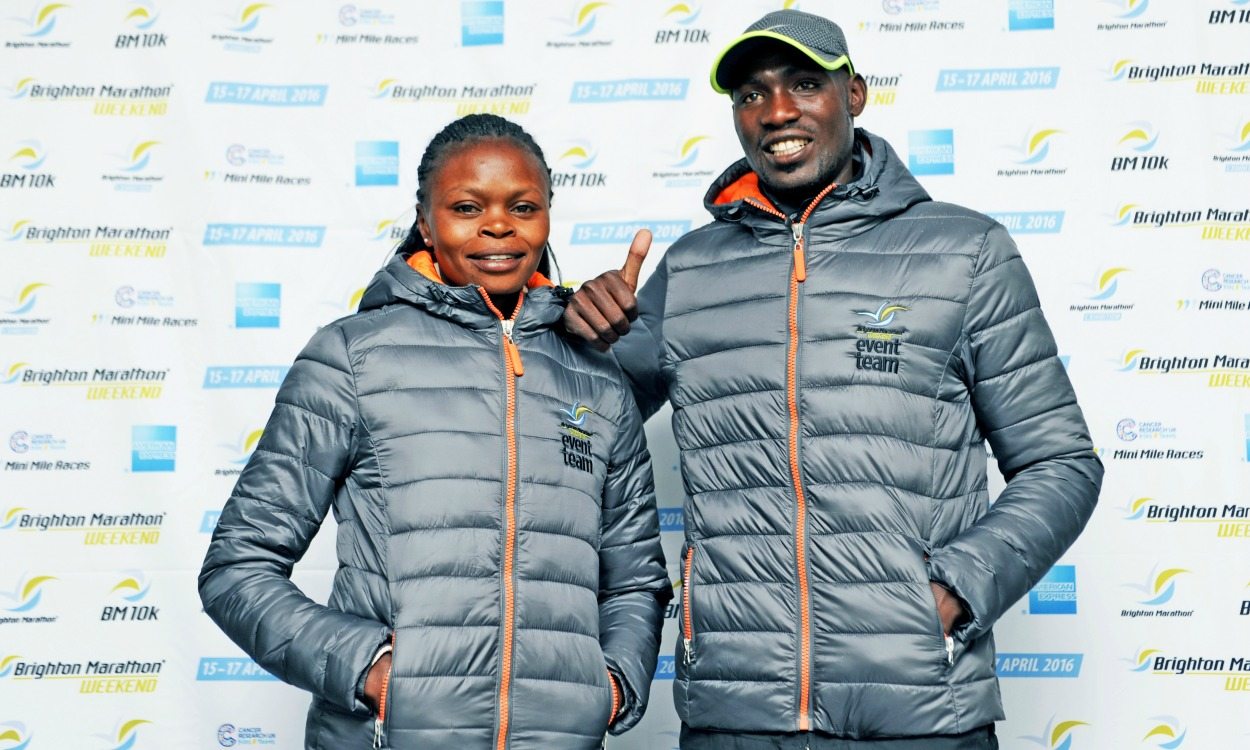 Duncan Maiyo and Peninah Wanjiru return to defend their Brighton Marathon titles, while Gemma Steel and Jonny Taylor are among those contesting the BM10k

Marathon season continues with one of the biggest 26-milers in the country, the Brighton Marathon, on Sunday, which is accompanied by a BM10k event which is growing in stature too.

Duncan Maiyo and Peninah Wanjiru return to defend their titles, leading an impressive line-up of African talent in the longer event.

The fastest in the field is fellow Kenyan Raymond Chemungor, who has a PB of 2:10:06 and won the Lens and Toulouse marathons in 2014.

Edwin Kiptoo is better known over the half-marathon, having won in Bath, Peterborough and Cardiff and with a PB of 60:11, which shows he could improve on his best of 2:11:45.

Also hoping to challenge will be South Africa’s Xolisa Tyali, who is targeting a Rio Olympic place, and Kenya’s Joel Kimutai, Sammny Nyokaye and Timothy Kiptoo.

After debuting with 2:34:25 in Brighton last year Wanjiru followed up with victory in Malaga in December.

Leading the Ethiopian threat will be Asnakech Mengistu, who ran 2:25:50 when winning in Milan in 2010. Another Ethiopian, Halima Hussen, has run 2:32:51 and should be up there too.

In the 10km, Gemma Steel will be hoping to return to form after the illness that kept her out of the World Half Marathon Championships last month.

The Charnwood athlete will probably have as her closest challenger Rachel Felton, who ran 76:36 in the World Half.

In the men’s race, Jonny Taylor will go up against the likes of Adam Hickey.