Advice for athletes: Picking a university 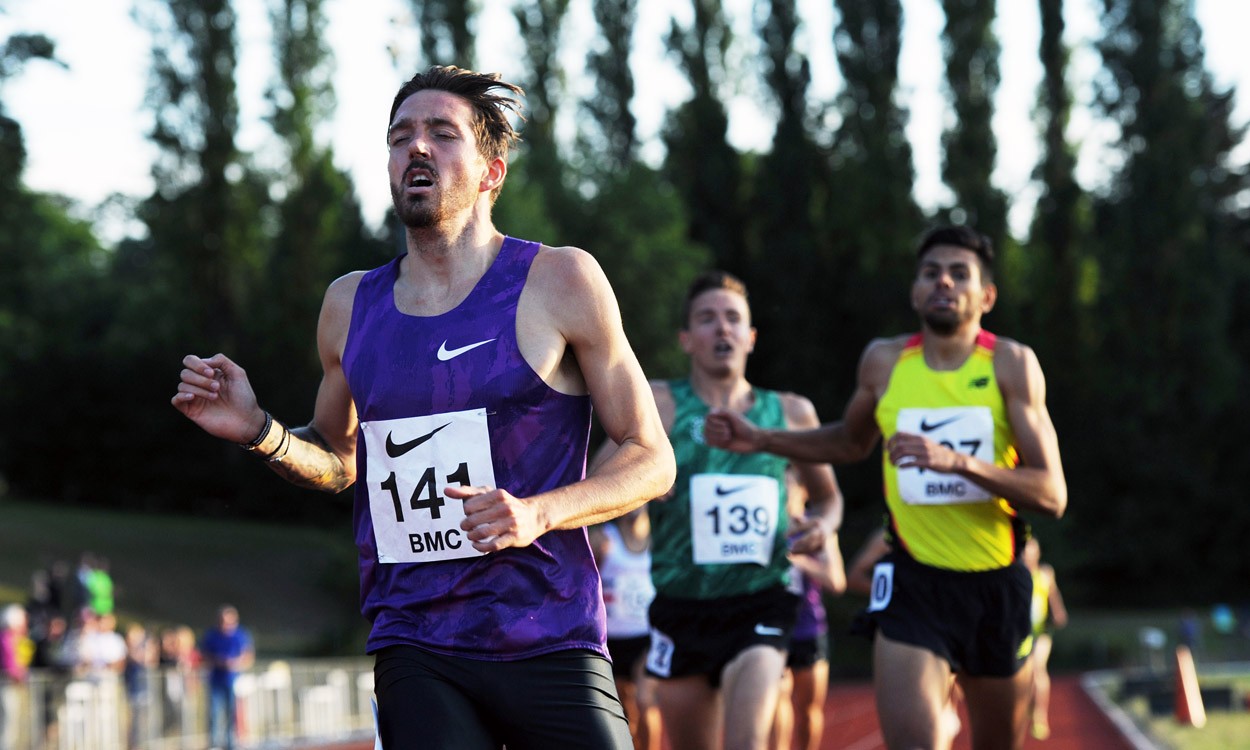 Many young athletes will be considering their future academic paths and Ross Murray, an Olympic 1500m semi-finalist, gives his tips

It’s fair to say that at 18, deciding which university you’re going to is the biggest life decision you’ve had to make so far. I know when I was 18, the biggest decision I’d made at that point was whether to declare my undying love for a girl I was 99% sure would reject me. She did in the end. Heartbreak. That’s another story for AW’s love column I’m trying to get started.

For most 18-year-olds, choosing where they’re going to study is a very simple decision. It comes down to:

» Going to the academically strongest university you can.
» How much a pint is in the students’ union.
» What the nightlife is like.
» Are you still close enough to bring your mam (“mum” if you’re from the south) your washing?
» Some people are love-drunk and follow their college girlfriend or boyfriend to university. Don’t do this. Trust me – it only ever ends in tears.

For athlete-students, it’s not as simple as this. There are so many different variables to think about.

You might be thinking: what makes me the best person to advise you on where to go. Here it is: I couldn’t give a flip where you go to university. That’s not me being mean. I’m just completely impartial.

In your life you’re going to have a lot of people in your ear telling you where they think you should go. While it’s good to get people’s opinions, just remember that sometimes people may be intrinsically motivated. In other words, your parents want you to go a local university as they don’t want you to flee the nest or your coach wants you to stay as they don’t want you to leave the group, or perhaps your friends want you at their university because they want to go out and get drunk with you.

The point is, you need to do what’s going to be best for you and nobody else. It’s your life. Also, being only 25, it wasn’t that long ago that I went to university and I fully understand what it’s like to be young.

Let’s take a quick look at some of the options you have.

1. Studying locally
2. One of the athletics universities (St Mary’s, Loughborough, Brunel)
3. Any of the other British universities
4. Going to America

For a lot of people, staying at home will be a very appealing option. If you’re running well and happy in your life, then why would you change that?

+ You still have your parents to look after you. It may seem childish but, when you’re training hard, not having to think about food, cleaning or bills, etc, can be a big positive. It leaves you more time to focus on training.

+ Not changing a set up that’s working. If you’re running well, then why on earth would you change your coach and training group? You can continue to do what works for you.

+ Save money. Staying at home means you may not need to work as many hours in Topshop or Nandos to pay for rent, bills and food, thus also giving you more time to train.

– Miss out on the experience of a lifetime. This for me is the biggest reason to move away from home. Almost everyone that moves away for university has the best time of their life. You’ll never have more freedom, more fun and more laughs than you will living with hundreds of other 18-21-year-olds.

– Sometimes mollycoddling is a bad thing. Yes, it’s nice to have your parents look after you and bring you chicken soup on the sofa when you’re ill, but at some point in your life you need to grow up and start looking after yourself. Moving away from home is the perfect way to do this and by the time you’re 21 you’ll be ready to step into the adult world.

HEADING TO ONE OF THE ATHLETICS UNIVERSITIES

This is an obvious choice for a lot of athletes and with athletics universities’ track record of success you can see why.

+ Guaranteed good groups to train with. The sheer number of athletes heading to the big universities means you’ll be guaranteed to have a very good training group. Something that’s very beneficial on those cold, wet and windy nights.

+ A good training environment. At normal universities there are big drinking cultures and it goes without saying that’s not always conducive to running well. At the big athletics universities there will be pockets of athletes who won’t be doing this. This means you won’t be left in halls on your own on a Wednesday night while everyone else is out getting drunk on £1 alcopops. You’ll be surrounded by like-minded, driven individuals.

– You can become swallowed up in the system. While there are full-time coaches at the big athletics universities, unfortunately through no fault of their own they don’t have time to invest 100% in 60-100 athletes. The sheer number of athletes that head to these universities means it’s impossible for them to spend hours with each athlete. People’s performances can suffer because of this and often then fall by the wayside because they feel lost and miss the deeper one-to-one coach-athlete relationship they had with their coaches at home.

– It’s not for everyone. Every athlete is different and if you’re someone who doesn’t want to spend every waking minute talking, thinking and living athletics then it may not be your scene. It can actually become counterproductive. For some people (myself included), it’s better to have a detachment from your everyday life and your running. I made a conscious effort to have friends outside of the running circle when I was at uni. You may want to do the same.

There’s nothing wrong with going to a university that isn’t one of the big ones for athletics and for some people it’s worked really well. If you do decide to go to another British uni then you will just have to be more organised. Find out if there’s a local group and coach in the area who can help you out and tell what are the facilities like.

+ One-to-one coaching. As you’re not at one of the favoured institutions for athletes, you may be better able to link up with a good local coach – someone who can help take you forward as an athlete or someone who is willing to help facilitate a program dictated by your coach from home.

+ Having a life outside of athletics. As I mentioned earlier, an athletics, monk-like lifestyle isn’t for everyone. If that’s you, then being at a university surrounded by ‘normal’ people can really benefit you. Being able to switch off outside of training can have a very positive impact on your mental state and can improve performances.

– Loneliness. Without doubt you will not have the same groups you would at a strong athletics university. You will potentially be doing a lot of training on your own and it goes without saying this can make things very tough.

– You can be easily lead astray. Being surrounded by people who don’t understand what you do could be problematic. The peer pressure to go out for “just a few” will be far greater.

Without doubt the lure of ‘living the dream’ out in the States is something that appeals to many young people. The opportunities the universities Stateside can offer you far outweigh anything that any British equivalent can offer. That’s not just because you’re going to finish university completely debt-free, but the experience of a lifetime travelling around the world is not something to be sniffed at.

+ Full support. The fact that you will get four years of medical, coaching, travel, training and kit assistance has to be one of the biggest arguments for going. The scholarships are better than most people receive on lottery funding. You will not want for anything and the guaranteed support gives you the time to develop as an athlete stress-free.

+ Higher level of competition. The standard of races in America is better than you will find back in the UK – especially for the distance events. The good weather, fast tracks and packed-out fields helps drag athletes to big PBs. We see this time and time again.

+ The experience of a lifetime. Anyone I speak to who went to university in the States says it was one of the best things they’ve ever done. The travelling, the group training and the good weather are just some of the perks of being out there. I’ve heard rumours of British accents going down a storm too, but that may be something else for the AW love column!

– Homesickness. While it isn’t very common, sometimes people end up coming home. The culture shock and being away from home just isn’t for them. I wouldn’t worry too much about this as I’ve seen this happen with people at British universities just 50 miles from their home.

– Burn-out. The coaches out there are performance-driven. They’re paying a lot of money for you to be there so if they want you to race, you race. Sometimes athletes come back completely burned out from vigorous racing programmes. It’s important to get to know the coach before heading out and see if you think he’s interested in your overall development or just scoring points at regionals.

Right, I think I’ve blabbed on enough! I could go into much more detail, but I hope this helps give you a bit of an insight into what you could expect from each option.

Good luck with your choices – if you want to ask anything tweet me @RosscoJammin.