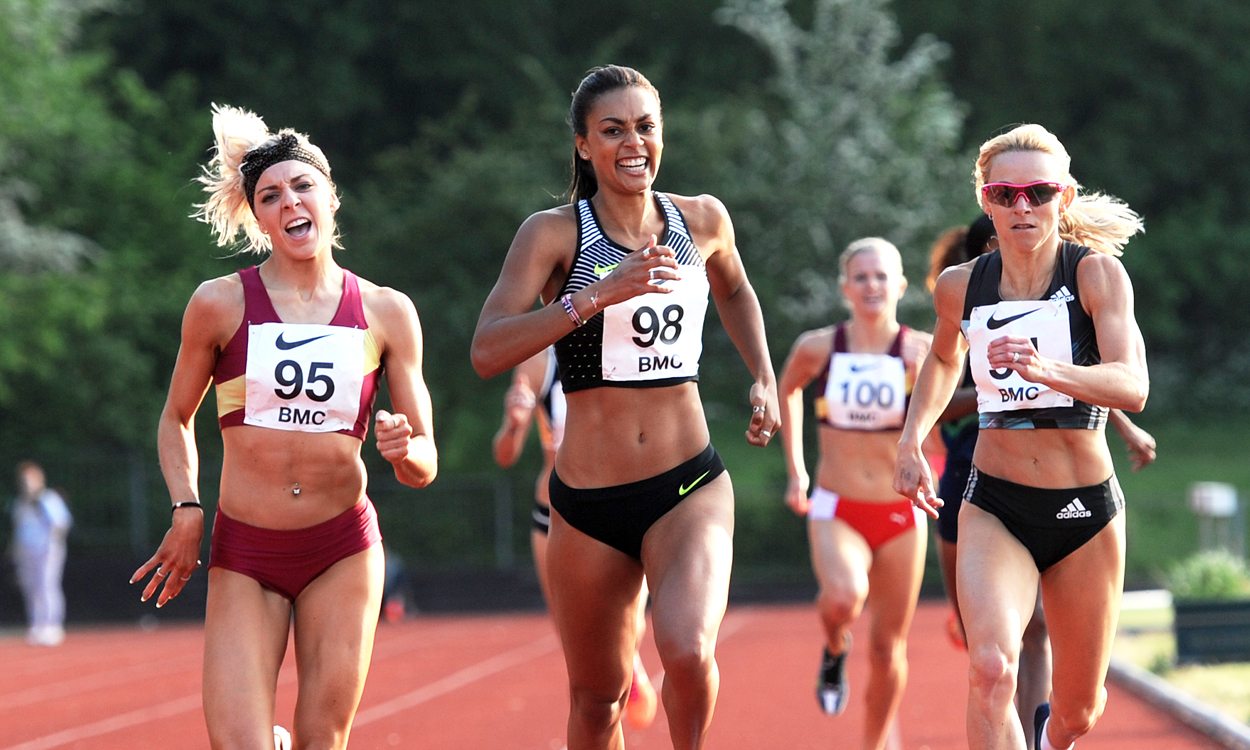 The women’s 800m saw the top three achieve the Rio Olympic Games qualifying time at the BMC Grand Prix meeting in Watford on Saturday (May 28).

The verdict went to Adelle Tracey as she coped best with the sea of lactic acid that engulfed the athletes in the home straight, as runner-up Alexandra Bell also got the better of favourite Jenny Meadows, who said she had endured a hard training week.

Just 15 hundredths of a second separated them, as the reigning UK indoor champion Tracey won in 2:01.24, a fraction outside her PB.

They could all have fared a little better if the over-enthusiastic pace-making taken them through the first 200m at a more sensible pace. It was a similar story in other 800m races, but men’s winner Jake Wightman suffered in a different way – his 1:47.13 could have been inside the Rio standard with a faster first lap.

Behind Wightman there was a world junior qualifying time for Daniel Rowden 1:48.13, while Anthony Whiteman broke 1:50 again aged 44, and in the 800m B race a European Youth qualifier for Markhim Lonsdale with 1:49.06.

This was also the case in the women’s 1500m, where the opening laps were a little slow for runaway winner Charlene Thomas, whose 4:10.27 could also have been faster and inside the Olympic Games qualifying standard if the earlier pace had been brisker.

Elsewhere there were a lot of major games qualifying times for a series of youngsters. These included Erin Wallace, a 16-year-old Scottish runner who clocked 4:20.63 for 1500m, and Isabelle Boffey, also 16, being well inside the European Youth Championships qualifier with 2:06.83 for 800m.

» More in the June 2 issue of Athletics Weekly