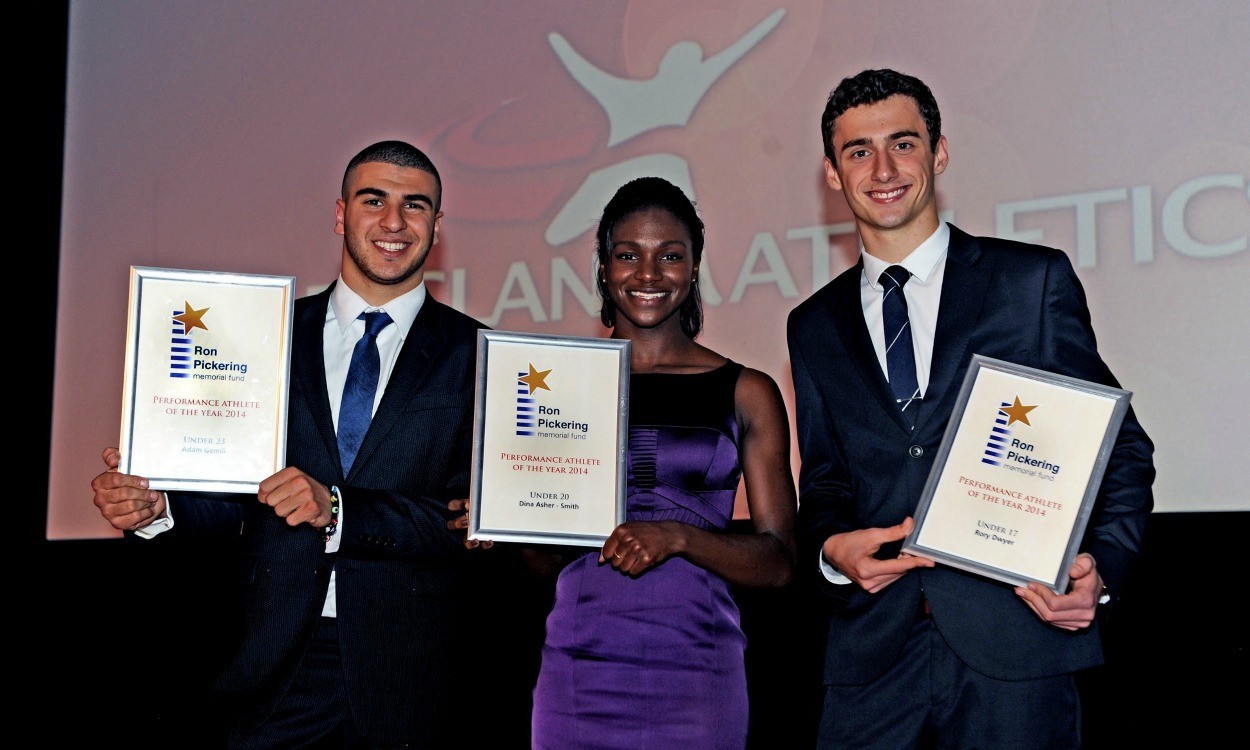 Adam Gemili, Dina Asher-Smith and Rory Dwyer were the first athletes to receive performance awards from the Ron Pickering Memorial Fund (RPMF) as the inaugural bursaries were handed out at England Athletics’ awards evening in Birmingham on Saturday.

The awards, which were selected by the RPMF awards committee based on development and performances through 2014, were split into three age-group categories – under-23, under-20 and under-17.

Stuart Storey, who is one of the Fund’s trustees, took to the stage to explain the impact of the RPMF, which has seen over £1.5 million in grants awarded to more than 2000 aspiring British athletes since its inception in 1991, before the trio were handed their awards and bursaries.

Fellow sprinter Asher-Smith has also enjoyed a hugely successful 2014 and the 18-year-old was handed the under-20 award after having broken the UK junior record for both the 100m and 200m, as well as won world junior 100m gold and made the 200m final at the European Championships.

She later took to Twitter to express her gratitude: “Thank you @RunforRon for the continued support!” she said. “So grateful and honoured.”

High jump and hurdles specialist Dwyer was awarded the under-17 bursary, the English Schools and UK School Games high jump champion also having won the under-17 100m hurdles title at the England Athletics Championships this summer. His 2.16m clearance this year puts him second on the UK under-17 high jump all-time list and at the age of 16 Dwyer represented GB in the discipline at the World Juniors in Eugene.

As well as the three bursaries awarded at the England Athletics evening, the RPMF will again be handing out grants to talented young British athletes for 2015.

A record number of athletes received almost £40,000 in grants from the RPMF in 2014 as a total of 178 recipients were selected from 350 applicants. Athletes aged 15-23 can now apply for the annual grants, with the application process for 2015 open until November 30, 2014. Further details on the grants can be found here.

» For more on the Ron Pickering Memorial Fund see rpmf.org.uk