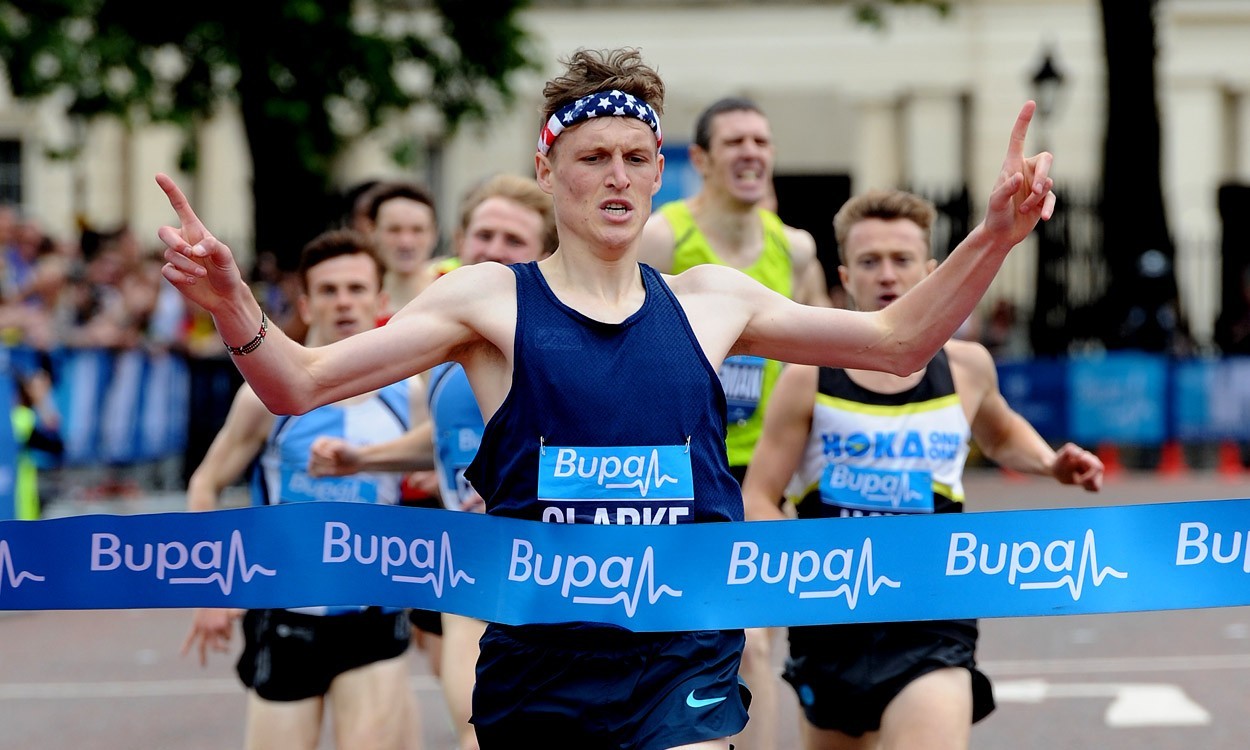 Adam Clarke and Racheal Bamford were the winners of the British Mile Championships at Sunday’s Bupa Westminster Mile, while David Weir broke the wheelchair world road mile record when completing a hat-trick of victories on the London course.

Clarke, who was running his first mile over any surface, pushed on after halfway to win impressively in 4:05.

The runner who was 15th on that day but otherwise usually has the measure of his training partner from St Mary’s, Jonny Hay, finished fast for second in 4:06. Ben Coldray was third in 4:07.

The women’s race was surprisingly won by steeplechaser Bamford, who sprinted past mile specialists Charlene Thomas and Hannah England in the last 50 metres to win in 4:39 from Thomas’s 4:40 and England’s 4:41.

The Commonwealth Games seventh placer had been training in Font Romeu with her two major competitors and is targeting a place in the World Championships this summer. 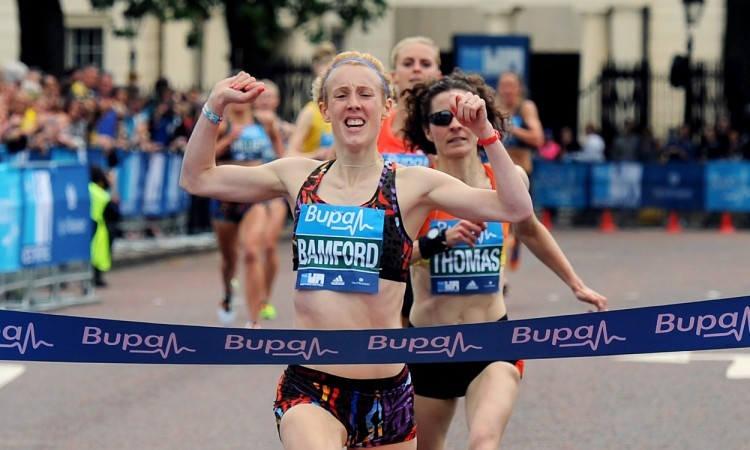 There has not been that many top class wheelchair road miles and Weir produced the fastest one in history but just missed out on becoming the first sub-three-minute miler as he held off his rival Marcel Hug.

The six-time London Marathon winner won in a time of 3:03 to better his 3:07 from last year. 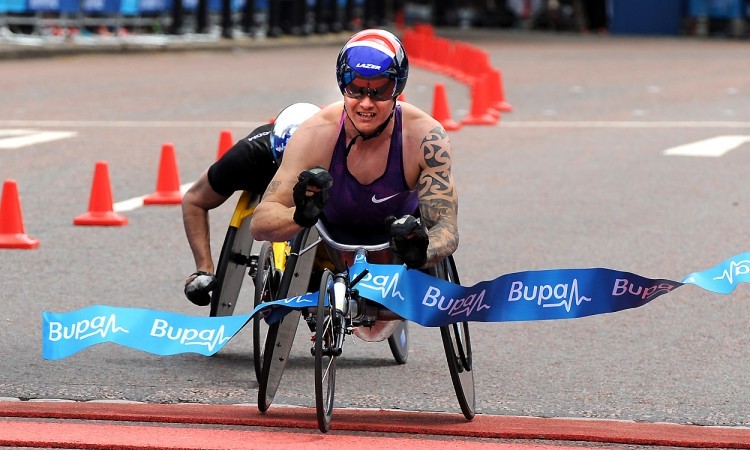 The classiest race of the day with the biggest names was arguably the Olympians mile which featured 80 Olympians from a variety of sports.

It was won by former world mile record-holder Steve Cram in 5:40 with another metric miling Olympian from 1988, Shireen Bailey, following home in second.

That race was started by Bill Lucas, Britain’s oldest Olympian, who competed in the 5000m at the 1948 Olympics.

The junior mile titles were won in exciting fashion by Kieran Wood and Holly Parker. They both shared the winning times of 4:20 and 5:03 respectively with the runner-ups Scott Halsted and Niamh Bridson-Hubbard.

Under-17 winner Heidi Davies was faster than the under-20 winner and she won comfortably in 4:58.

It was the same in the under-17 men’s race in terms of comparison with the under-20s as another Davies, Benjamin, won in 4:15 just ahead of his near namesake Archie Davis.

Also quicker than the under-20s was under-15 winner Kathleen Faes as she followed up her dominance over the country with a six second win in 4:59.

Max Pearson showed good finishing speed to win the under-15 boys race in 4:28.

There was a total of 33 races held on the circuit from The Mall on to Horse Guards Parade and Birdcage Walk with the finish beside Buckingham Palace.

In one of the earliest races, Ros Tabor, who already holds the world over-65 record for the mile indoors and out on the track, added what is believed to be a road mile record with 6:15.