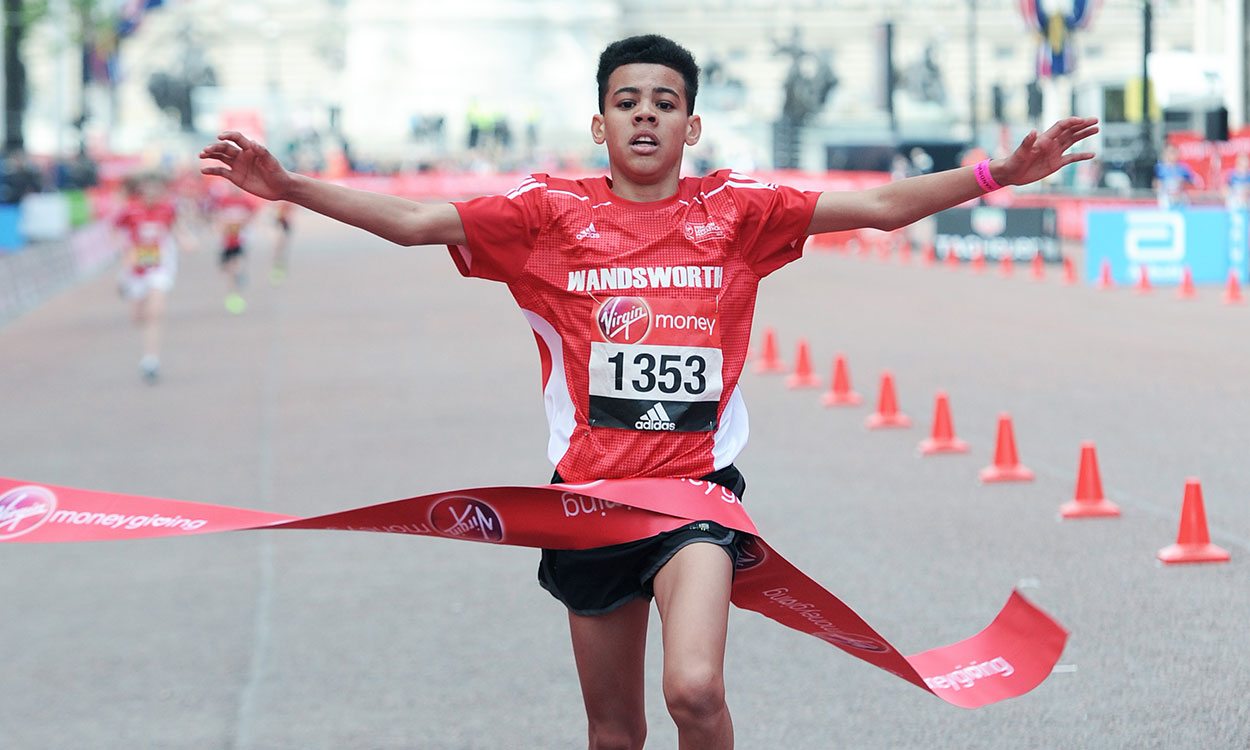 Several course records were set by the class of 2017

Many of the teenage runners who competed in the big end-of-winter cross country championships were in action again on Sunday as they raced in the Virgin Money Giving Mini London Marathon.

They included Jaden Kennedy, a London runner (pictured), who took the under-13 boys’ victory to cap off a great winter campaign that included an Inter-Counties cross country title.

“I’ve been training so hard for this race with extra sessions on track,” he said.

Naomi Toft was another Londoner to win as she took the under-13 girls’ race. But not all winners were local.

Erin Wallace made the long journey from Scotland to win the under-17 women’s race.

“The weather was a bit hot for a Scottish person,” said Wallace. “The crowd were cheering on Scotland which was great, and actually shouting my name. It’s been a 10-hour trip from Scotland and my mum and dad came all that way to watch me.”

Yorkshire and Humberside also enjoyed great success with Josh Dickinson taking the under-15 boys’ win and team-mate and budding triathlete Toby Osman the under-17 men’s crown.

In the under-15 girls’ race there was also a top-class dust-up as Charlotte Alexander, a swimmer-turned-runner representing the South East, beat Scotland’s Lily-Jane Evans-Haggerty with North West’s Olivia Mason, the National and Inter-Counties winner on the country, third.

Alexander, Dickinson and Toft all set course records and Alexander said: “It was an incredible atmosphere. I didn’t notice the hurt because of the crowd. I’ll definitely do it again.”

In the wheelchair races, all four 2016 winners retained their titles. Jack Agnew and Kare Adenegan won the under-17 titles – with Adenegan taking her fourth consecutive win in the event – while Andrew Greer and Shauna Bocquet were again the under 14 winners.