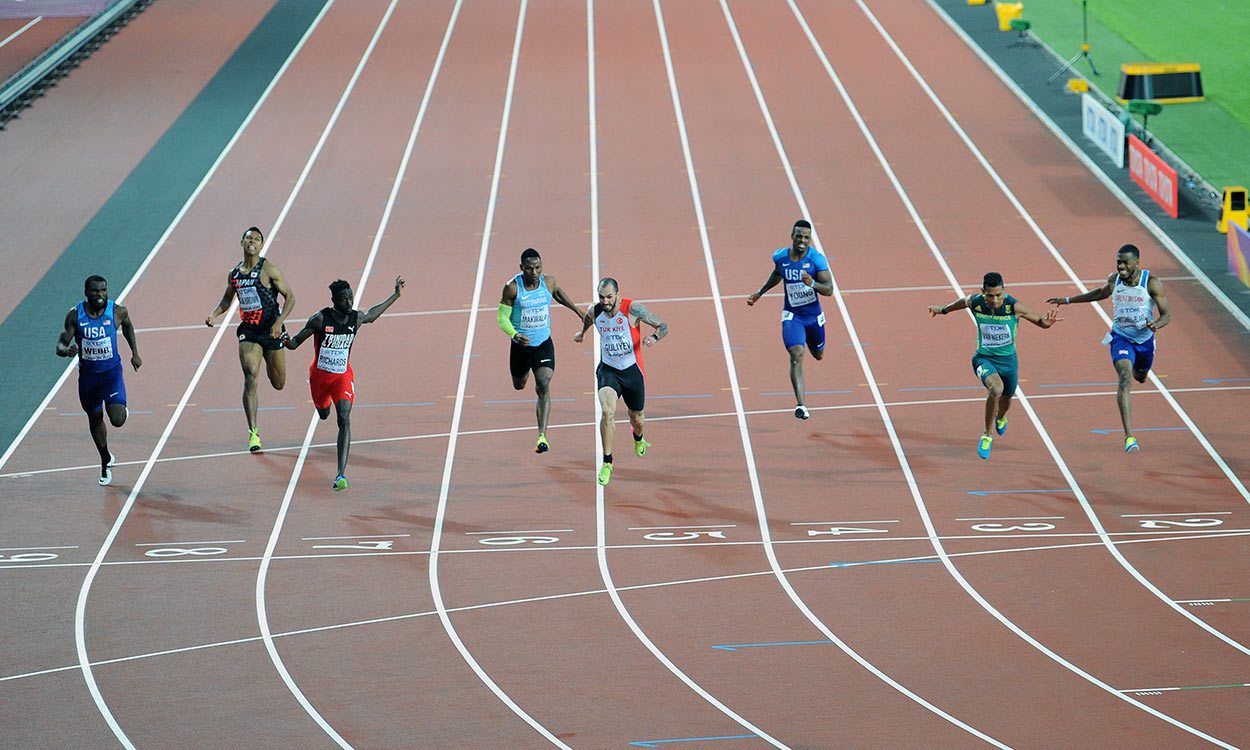 For the first time in 14 years the world 200m final did not include Usain Bolt. The 2017 event was not short of excitement and intrigue, though, as Ramil Guliyev powered to a surprise victory ahead of Wayde van Niekerk and Jereem Richards, as Nethaneel Mitchell-Blake took fourth place for the home nation from a tight inside lane and Isaac Makwala, the most talked-about athlete of the championships, finished sixth.

Guliyev, 27, used to run for Azerbaijan but switched to Turkey six years ago as he felt his former country wasn’t offering enough interest or support in his career. Sixth in the last World Championships in 2015 and eighth in the Olympics last year, Guliyev has been making his mark on the world scene but the student teacher was not tipped to win in London and his 20.09 victory was a shock as he beat world 400m record-holder Van Niekerk of South Africa. and many people’s favourite for gold, Richards of Trinidad & Tobago.

“This is not a shock but this does not feel real,” said Guliyev. “I am so proud. This title means a lot. I have shown my best throughout this competition. I delivered my best race at the right time. I’m so happy to be world champion. This is the best moment of my career.”

Van Niekerk and Richards both clocked 20.11 but Van Nierkek was given silver by one thousandth of a second. Running in lane two – but inside all his competitors – Mitchell-Blake notched up Great Britain’s fourth place No.4 following identical results from Laura Muir, Callum Hawkins and Kyle Langford.

“I knew it would be a tough one,” Mitchell-Blake said. “No excuses at all. Lane two is never an ideal lane but I put myself in that position. I tried to be really aggressive from the start, I had a great tracker with Wayde in front of me but it wasn’t enough today.”

He added: “All you can do is focus on yourself and all you can control is your individual performance. Nothing is perfect in the sport, all you can do is try and execute in the best way you can. Regardless of how I feel about the race, it wasn’t enough to get a medal.

“I don’t see my age as a barrier,” he continued. “I am 23 which is an age where I can get a medal so I am not putting my age as any excuse. I have been on the highest stage with an Olympics so this just wasn’t enough today. I need to learn from it, build on it and come back stronger.” 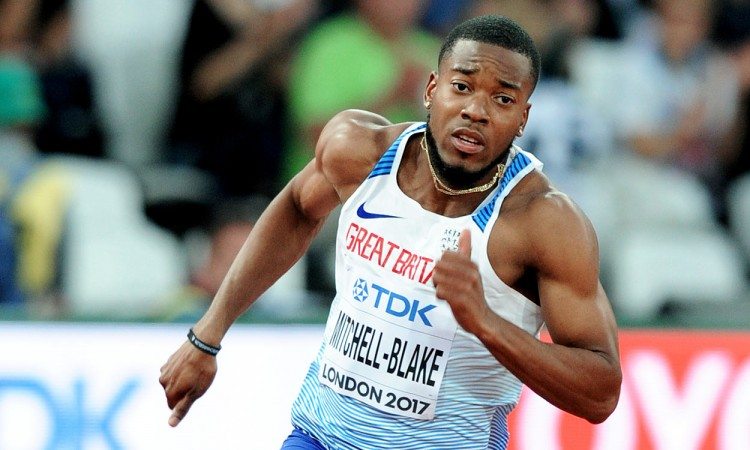 After Danny Talbot and Zharnel Hughes had gone out in the semi-finals, Mitchell-Blake, 23, was left to fly the flag for the hosts in the final and the British champion, who was born in Newham but moved to Jamaica when he was 13 and is now based in the United States, could be destined to break John Regis’ long-time UK record.

Behind Mitchell-Blake was Ameer Webb of the United States followed by Makwala of Botswana in sixth. One of the biggest stories of the championships, Makwala received huge applause as he was introduced to the 56,000 crowd but after a promising first half of the race he faded in the last 100m to clock 20.44.

The Makwala saga dominated the run-up to the final. The Botswanan athlete’s participation was mired in controversy and the emotional trauma of the week began to tell when he took to his marks in the 200m final.

On Monday he did not run in his 200m heat due to illness and on Tuesday he was not allowed to enter the London Stadium after the IAAF ordered him to go into quarantine for 48 hours amid a norovirus outbreak that affected athletes from a number of countries.

Conspiracy theories abounded, with Makwala claiming he was victim of a sabotage, although the IAAF insisted they had stuck to the rules by forcing him to be quarantined for 48 hours to ensure other athletes at the stadium did not catch the illness.

Having missed the 200m first round and with his quarantine period over, the IAAF allowed the sprinter to run a heat on his own on Wednesday evening. Requiring a time of 20.53 or faster to progress to the semi-finals, the 19.77 200m man ran a solo 20.20 to secure his spot before doing some press-ups at the finish line. Then, later on the same night, he ran 20.14 in his semi-final to finish runner-up behind American Isiah Young’s 20.12 to progress to the final.

Makwala said this drained him ahead of Thursday’s final. “I gave everything on Wednesday when I ran the heat by myself and then the semi-final in the rain,” he said. “I needed to have a day to rest after that, really, but there was no chance to do that and so I was not at my best in this 200m final.

Due to their close rivalry, mainly over 400m, the Van Niekerk vs Makwala head-to-head was built up by the media but ultimately it did not happen over the half-lap sprint. Van Niekerk reflected: “It was really a massive rollercoaster for me. This competition has been crazy with highs and lows and the previous two days have been difficult with the weather being so cold too.”

Richards said: “I slipped coming out of my blocks and into my drive phase. I tried my best not to let it affect me too much. At the turn I wasn’t in contention really, so to get a medal from there is a great achievement.”

The last word went to Guliyev, though. “I was competing against some of the best athletes in the world, so it didn’t bother me that the attention was on them. Maybe at the next competition everyone will look at me instead.”