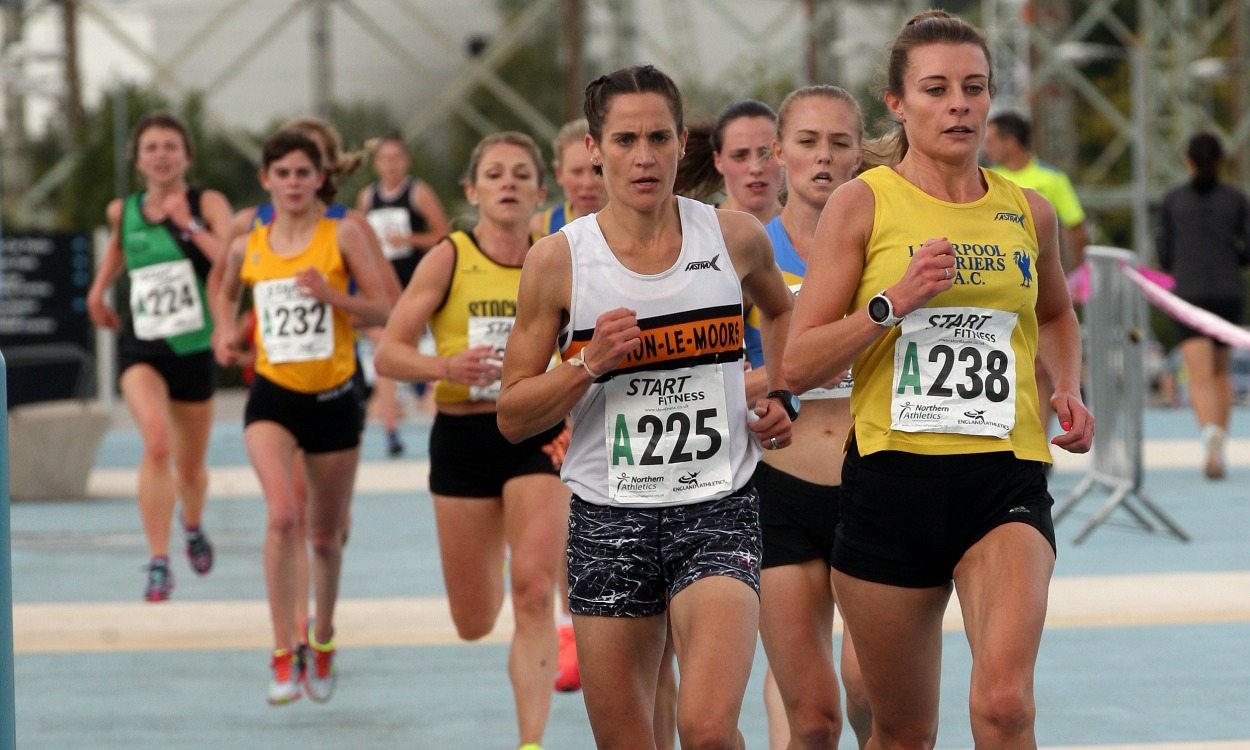 Lincoln Wellington were easy men’s winners in a time of 1:58:32, while Stockport’s Jack Morris ran the fastest leg of 19:10.

The women’s race (pictured above) was won by Leigh Harriers with Leeds City in second. Leigh’s Lauren Howarth was easily fastest with 19:47.

Martin Duff’s report and David Hewitson’s photograph will appear in this week’s issue.

Aaron Richmond won the men’s race in a time of 68:07 while marathon international Emma Stepto, who recently set a UK W45 5000m record, won the women’s race in 77:42. For further details and photographs of this event, see this week’s magazine, out on September 21.

Angela Copson added to her growing collection of world W70 records when she ran a time of 74:42. 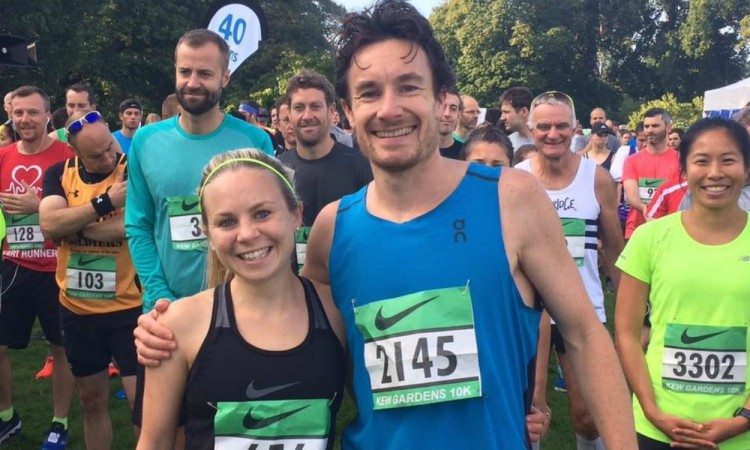 Joseph Harding set an UK lead and went eighth all-time in the under-15 rankings with a junior boys winning score of 3258, to win by almost 390 points. Sussex won the team event in that age group.

Jack Turner won the intermediate boys’ octathlon with a PB score of 5207 as Berkshire won the team.

Caius Joseph won the senior boys’ decathlon with a PB 6747 points as Kent took the title.

Devon won the intermediate girls contest though it was Nottinghamshire’s Emily Race who won the individual heptathlon crown.

She scored an UK lead of 5214 points which moves her to third all-time in the under-17 rankings ahead of Katarina Johnson-Thompson. In second, UK hurdles record-breaker Pippa Earley scored a PB 5123 which puts her sixth all-time on the UK rankings for her age group.

Abilgail Pawlett won the junior pentathlon with an UK-leading 3298 points and she led Cheshire to victory in the team event.

These events were held with the Combined Event Championships and were highlighted by Ana Garcia’s intermediate 3000m win in 15:12.16 and Chris Snook’s senior boys 5000m win in an UK lead of 21:31.27.

Canadian Damian Warner was a clear winner of the men’s decathlon with a score of 8252 points.

Anouk Vetter (below) won the heptathlon with a score of 6363 points. Second was Hungarian Xenia Kriszan (6282). 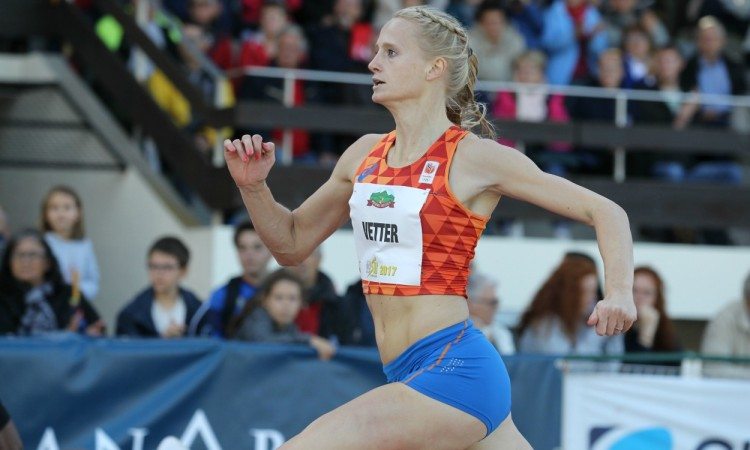 Kenya’s Barselius Kipyego defended his title in a course record of 59:14 to initially move to second on the 2017 world lists. Josphat Tanui finished second in 59:22 while Ismail Juma was third with a Tanzanian record of 59:30.

Yuta Shitara finished eighth in a Japanese record of 60:17.

Birhanu Legese won the men’s race in 45:35 to lead home an Ethiopian top-three.

Mercyline Chelangat from Uganda won the women’s race in 53.08.

Shaftesbury Barnet finished fifth in the boys competition with 82 points.

Blackheath and Bromley were a close third in the women’s competition behind Fenerbahce on 110 points and hosts AK Olymp Brno 107. Blackheath scored 104 points. Maya Bruney won the 400m in 54.23 while Isabella Hildtich clocked 13.83 (+0.1) to win the hurdles.

In the under-20 men’s race Scotland’s under-17 national cross-country champion Freddie Carcas was a runaway winner. England were clear winners of the team title.

Scarlet Dale of England won the under-20 women’s title to lead England to another victory.

Lynn McKenna of Scotland won the under-17 girls race, though England were again winners of the event and of course the overall team contest.

Abraham Cheroben ran the fourth fastest time in history to win in 58:40.

The time is also an Asian record after transferring allegiance from Kenya to Bahrain last year.

For just the second time in history, three athletes broke 59 minutes in the same race with Kenyans Jorum Okombo (58:48) and Alex Korio (58:51) finishing second and third.