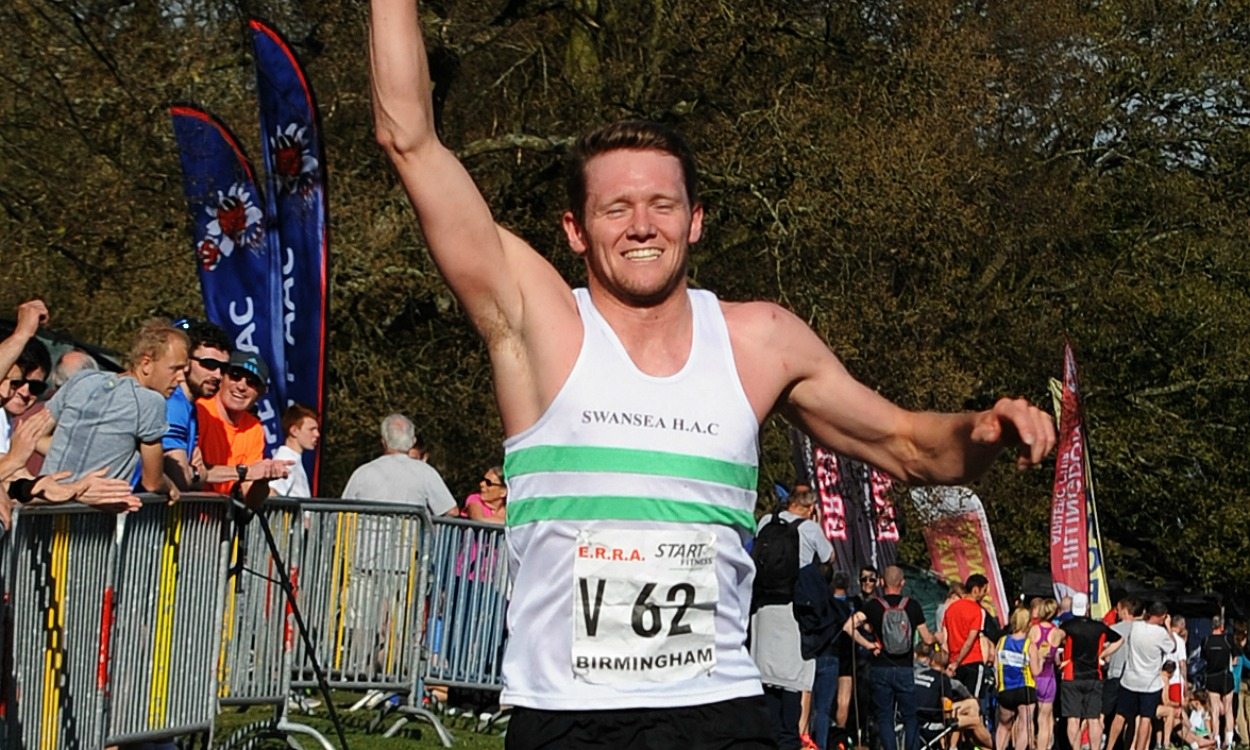 Leeds were equally dominant in the women’s 6-stage relay, winning by a margin of 3min 37sec.

It was Swansea’s Welsh rivals Cardiff who led the men’s race initially with Matt Clowes leading the first long leg with. 26:01 and then Tom Marshall’s 15:01 extending the advantage.

Cardiff kept the lead until the fifth leg and it was that section of the race that saw Swansea make their move. Dewi Griffiths ran a strong 25:10 leg that was easily the day’s fastest and they advanced to second.

Danal Desta took the lead on leg six and thereafter they went further and further away with Kristian Jones’ 25:59 ninth stage being the pick of their solo later legs.

Much to Swansea’s annoyance they weren’t eligible for the English medals as they have been in the past but were presented with British team medals.

The official English champions were Bristol and West, who were also strong in the second half of the race.

Marshall and Aldershot’s Jonny Hay (15:09) were the next fastest, while on the long legs Kent youngster Alex Yee made a welcome return to competition and was second fastest with 25:37 with Mellor third best.

In the women’s race, Leeds City led most of the way to dominate the event. Marathoner Susan Partridge did the early running on leg one but couldn’t hold Swansea’s Verity Ockenden in the last mile, with the Welsh runner’s 29:45 being the best long leg of the day.

Partridge ran 30:03, which stood up as equal second best with fellow marathoner Tracy Barlow of Thames Valley. Emma Clayton then took the lead for the Yorkshire club on leg two and they went further away over the second half with Claire Duck’s 30:08 fourth leg proving decisive.

Swansea came through strongly for second with the other English medals going to Winchester and Cambridge and Coleridge.

It was Kate Maltby who ran the fastest short leg, advancing Bristol from 14th to second on leg two with a 16:38 leg.

Olympic finalist Laura Weightman, who wasn’t at her best due to hay fever, was second quickest with a 16:44, with Clayton’s 17:19 being the third best.