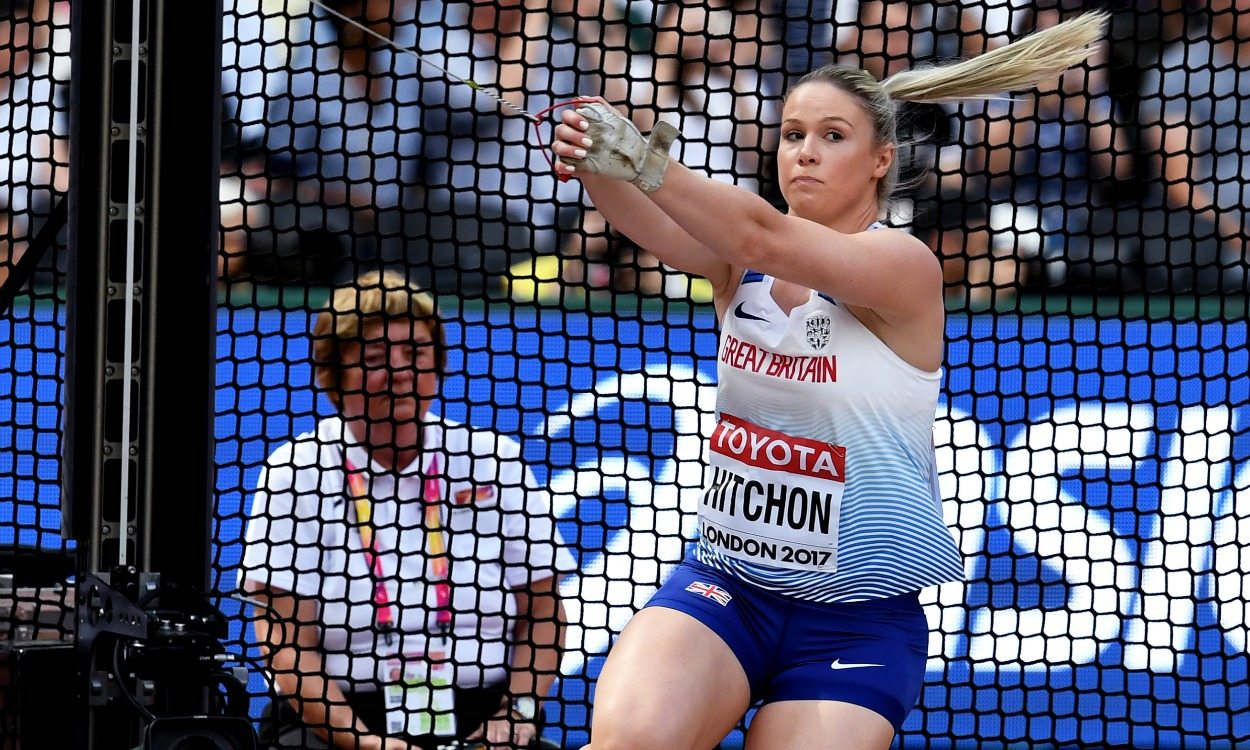 After a brilliant first session on Friday night, which ended with Britain leading the medals table, there was good and bad news for home athletes on Saturday morning at the IAAF World Championships in London.

Sophie Hitchon breezed through to Monday’s women’s hammer final with a 73.05m automatic qualifier in the first round. Poland’s Malwina Kopron and Anita Wlodarcyzyk led the qualfiers with 74.97m and 74.61m respectively, with Olympic bronze medallist Hitchon third best.

“It’s nice to get it done on the first round,” said Hitchon, “but if I needed to take two more I would have done it.”

The heptathlon began just after 10am with the 100m hurdles and saw Nadine Visser, the European under-23 champion from the Netherlands, the fastest of the day with 12.85 on a still, windless morning in the London Stadium.

American Kendell Williams was second fastest with 13.02 followed by Carolin Schafer of Germany with 13.09.

Behind, Britain’s Katarina Johnson-Thompson was just outside her PB with sixth fastest time overall of 13.33, while Olympic champion Nafi Thiam of Belgium had a slightly disappointing event with 13.54 – the 11th quickest.

But Johnson-Thompson suffered a major setback in the high jump when she failed three attempts at 1.86m and put her face in the palms of her hands as she realised her chances of making the podium had taken a huge blow.

Thiam, though, had no such problems and began to assert her authority over the field with a 1.95m clearance that put in the overall lead with 2215 points after two events ahead of Yorgelis Rodriguez of Cuba, then Schafer, Visser and Johnson-Thompson. 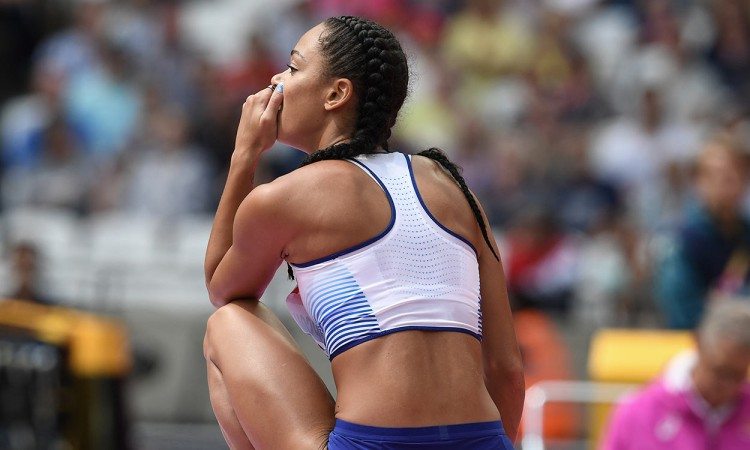 Daryll Neita thrilled the packed morning session crowd when the Briton won her 100m heat in 11.15. GB team-mates Asha Philip and Desiree Henry also qualified as fastest losers for Sunday’s semi-finals – Philip was fourth in heat one in 11.14 and Henry fourth in heat three in 11.32 as she took the final fastest loser spot.

“It was absolutely amazing, winning in front of a home crowd,” said Neita. “It was just the heat, I know there is more to come. A lot of anxiety has gone now I’ve stepped on that track once so I’m ready for tomorrow,” she added.

With the heats run in between heavy rain showers and even occasional rumbles of thunder, Gina Luckenkemper of Germany led the qualifiers with 10.95 but Olympic champion Elaine Thompson of Jamaica also went through easily as she won her heat in 11.05.

In the men’s 400m heats, Dwayne Cowan secured automatic qualification after finishing third in heat three with 45.39. After a tense wait, Matt Hudson-Smith qualified as one of the fastest losers after finishing fifth in heat one with 45.31, but Martyn Rooney was knocked out after coming sixth in heat five in 45.75.

“When the crowd heard my name, and the big roar, I was like ‘wow,’ I have to turn up and do something,” said Cowan.

Tom Walsh of New Zealand led the men’s shot put qualifiers with a big 22.14m throw. Behind, big names such as Olympic champion Ryan Crouser, David Storl and Joe Kovacs all progressed to the final.