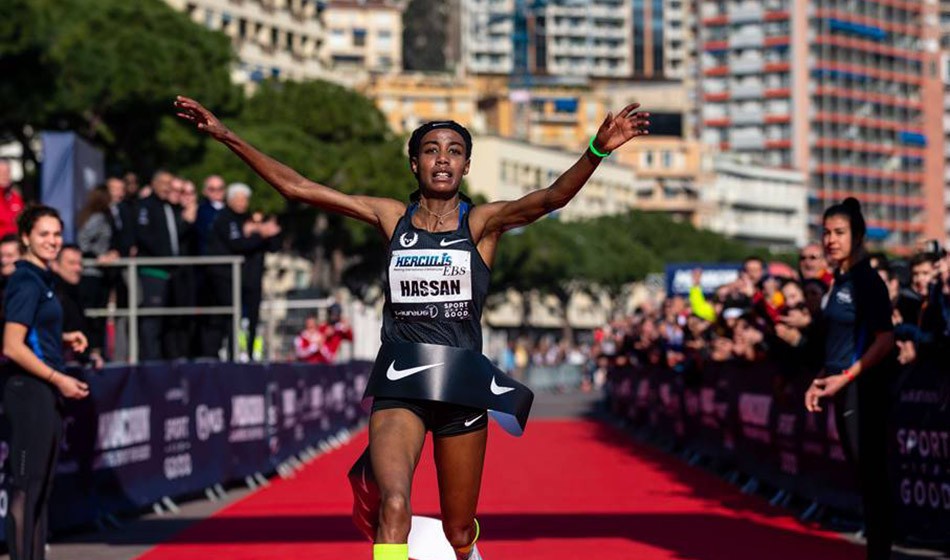 Sifan Hassan and Julien Wanders won the Herculis 5km in Monaco on Sunday and in doing so claimed world records due to the distance only being recognised as a world record event in the last 12 months.

Prior to this, the IAAF did not recognise world records for 5km on the road and described them as ‘unofficial world bests’.

Hassan clocked 14:44 to win the women’s race while Wanders ran 13:29 to take the men’s title – and both marks were proclaimed as world records, causing immediate confusion on social media due to the existence of quicker times elsewhere.

Sammy Kipketer, for example, owns the fastest 5km road time in history with 13:00 from Carlsbad in 2000 – almost half a minute quicker than Wanders’ time on Sunday – while Joyciline Jepkosgei has run the quickest women’s 5km with 14:32 during a 10km in Prague in 2017.

To add to the mild confusion, Wanders’ mark today in Monaco is slower than the 13:10 minimum requirement originally stipulated by the IAAF last year.

In June 2018 the global governing body announced a rule change that said: “5km (road) is an official world record event. Initial record to be recognised after 1 January 2018. The performances shall be equal to or better than 13:10 (men) and 14:45 (women). If no such performances are achieved in 2018, the best performances of 2018 are recognised on 1 January 2019.” 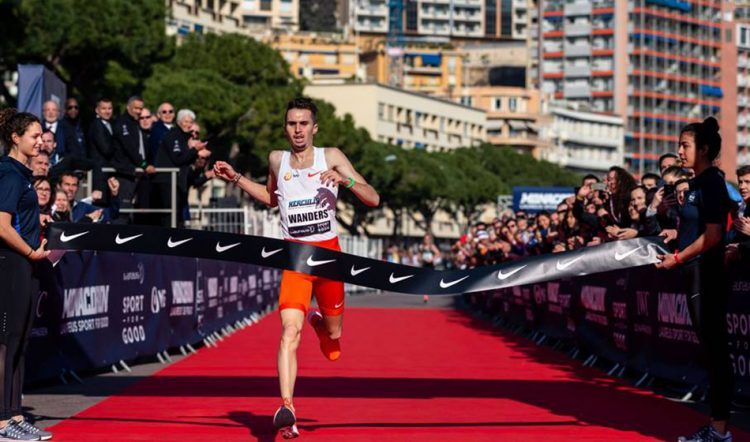 Coincidentally, today’s races took place in the same city-state that houses the IAAF headquarters too. So the global governing body was on hand to witness the performances.

Records aside, behind the winners Sondre Nordstad Moen was runner-up in the men’s race in 13:37, while Britain’s Laura Weightman finished second in the women’s race in 15:29.

Weightman’s time just misses her road PB of 15:25 from last year and comes after a big block of training in South Africa.

Loved racing @MonacoRun 5km today. Happy coming away with 2nd in 15.29. Good test of the legs after a big block of training in South Africa
📸 P.Fitte/FMA pic.twitter.com/bBKdNTfCDJ

Hassan is now aiming to run the IAAF World Cross Country Championships in Aarhus next month, while Wanders has built on recent form that includes European records at 10km and half-marathon. Hassan has won the European cross-country title in the past but the Dutch runner has never competed at the World Cross.

Hassan told the IAAF: “After 3km I was slow and I thought, ‘I’m not going to make it’. I really gave up and was just running, but I pushed at the end. I really sprinted the last 200 metres, and I’m so happy. It’s my first world record.”

Wanders said: “I got two European records and now a world record, my first one, so it’s amazing.”