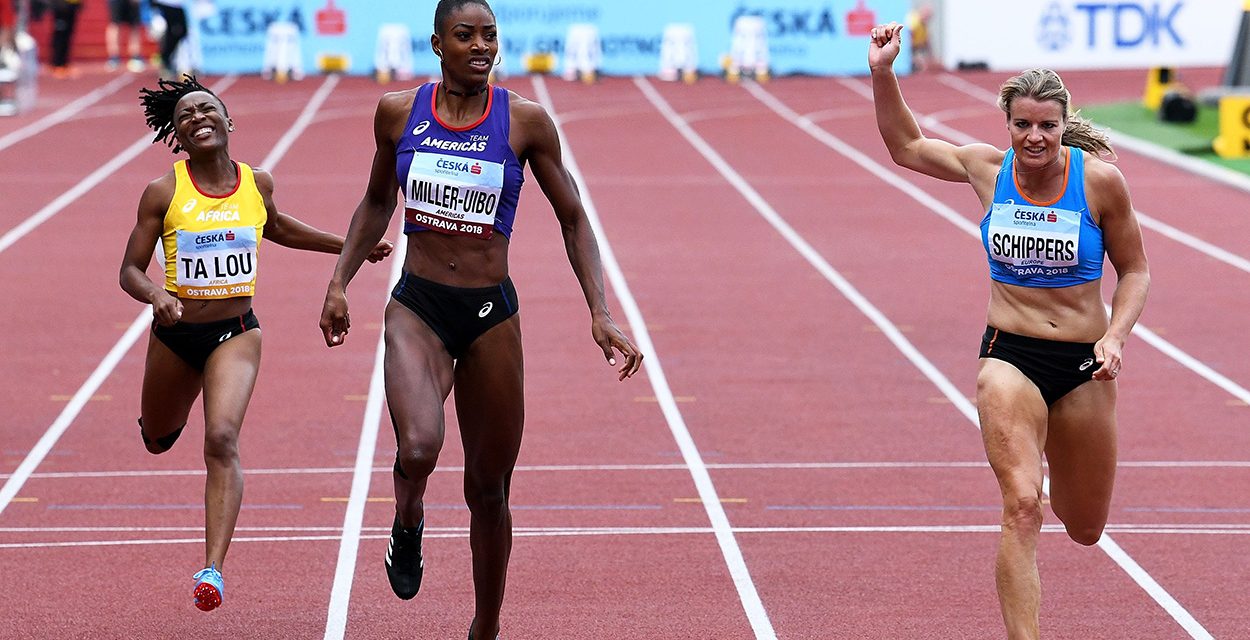 You could question the concept and some of the ideas but there was no denying the quality of athletics in the IAAF Continental Cup in Ostrava which was evident in every event.

The level of performance was exceptional with a world or Olympic champion in almost every event.

The Americas team ultimately ran out a very easy winner, pulling away comfortably on day two in front of a large and enthusiastic crowd, taking the title by 29 points from Europe, who briefly led early in the afternoon. Asia-Pacific were a clear third ahead of Africa.

Europe, with a few top athletes missing and a few tired European champions, never really looked like retaining the title.

The scoring was unusual in that ultimately, while every position determined scores within the event, every event towards the final score was 8-6-4-2 and so an individual 1-2 was no better in terms of the overall score than a first and fifth if the team won the event.

Additionally, captains could nominate ‘jokers’ in one track and one field event each day but only got double points if they ‘won’ the overall event.

The very first track event of the day – the 110m hurdles – was won by former world champion Sergey Shubenkov in an impressive 13.03, a metre clear of Ronald Levy’s 13.12.

Another successful Olympic champion was Dilshod Nazarov as he won the hammer easily for Asia-Pacific with a 77.34m throw.
European champion Wojciech Nowicki was a poor sixth with 71.74m.

World champion Shaunae Miller-Uibo won the 200m, but had to work hard and only got past Dafne Schippers, who had a metre lead into the straight, in the last 10 metres.

The Commonwealth champion won in 22.16 to Schippers’ 22.28 as Americas took the event overall.

World champion Mariya Lasitskene continued her dominance in the high jump to win with a 2.00m leap and with Marie-Laurence Jungfleisch fourth, Europe won the event and thus benefitted from team captain Colin Jackson putting the joker on this event with double points.

World and Olympic winner Christian Taylor won the triple jump easily with a 17.59m jump while another Americas win came from world champion Sam Kendricks who claimed victory in the pole vault with a 5.85m vault from Renaud Lavellenie’s 5.80m.

Europe did better in the javelin with Olympic champion Thomas Rohler easily winning with a 87.07m throw.

Though world and Commonwealth champion Elijah Manangoi controlled the 1500m with a 52 last lap and slow 3:40.00, Europe actually won the event with a second and third for Marcin Lewandowski and Jakob Ingebrigtsen.

Matthew Hudson-Smith looked good for 200m but very tired in the straight as he faded to fourth in 45.72 as Asia-Pacific’s Abdalelah Haroun won easily in 44.72.

Meghan Beesley matched that position – you would have got long-odds on that prior to the Europeans – with a far better run as she fought hard down the straight to catch Asia-Pacific’s Aminat Jamal on the line with a 55.58.

Up ahead Janieve Russell impressed with a 53.62 win over Shamier Little’s 53.86 as the Americas dominated.

Britain’s Shara Proctor was fifth in the long jump with a 6.63m leap though was way down on Caterine Ibarguen’s Colombian record 6.93m as she completed another jumps double to match her diamond League final feat.

Marc Scott finished sixth in the 3000m in a race which was enlivened by the elimination process, though distance runners will bemoan that no one ever messes with the sprints and 800m and 1500m races.

The race consisted of frantic sprints with four, three and two laps to go to decide who was last and eliminated.

Scott survived the first sprint with ease and just about managed the second one and he looked like he might get away with it again as he launched his third flat out sprint down the straight but with the six remaining runners separated by a few feet, Edward Zakayo gave him a nudge just before the line and squeezed by by inches.

That effort killed off Zakayo though as he barely jogged the next lap and was eliminated by most of the straight.

Up ahead, Olympic silver medallist Paul Chelimo won in 7:57.13 as Americas gained another one-two.

Again further back down the field, those athletes who narrowly succeeded surviving one sprint were barely moving on the next lap.

The other controversial element to confound the purists is what happened in the throws.

The athletes have three rounds to decide who is the best in their team, and then the best two in the fourth round go in the fifth.

It does mean that not always the best athlete with the best mark gets the best points, though the cut-down nature in the conclusion did enable the throws to get better coverage than in a normal event.

In the shot the points went to world champion Lijiao Gong, who had a 19.63m best throw. However, both Raven Saunders (19.74m) and Christina Schwanitz (19.73m) threw further in earlier rounds.

The javelin did at least go to the best thrower as Asia-Pacific took first through Huihui Lyu, who peaked with a 63.88m throw, but ultimately she won the points with just a 57.88m as her remaining rival Christina Hussong threw just 55.05m in that last round compared to a 62.96m best.

Americas dominated the latter events and won the 100m through Noah Lyles’ 10.01, though he had to finish very strongly to catch Su Bingtian’s 10.03.

Europe had a good start with Hudson-Smith (46.50) ahead of triple jump winner Taylor on leg one and Jonathan Borlee (44.94) extended the advantage on leg two, however unfortunately Lisanne De Witte dropped the baton early on her leg and Europe were disqualified.

» Full coverage in the September 13 issue of AW. A day one report can be found here