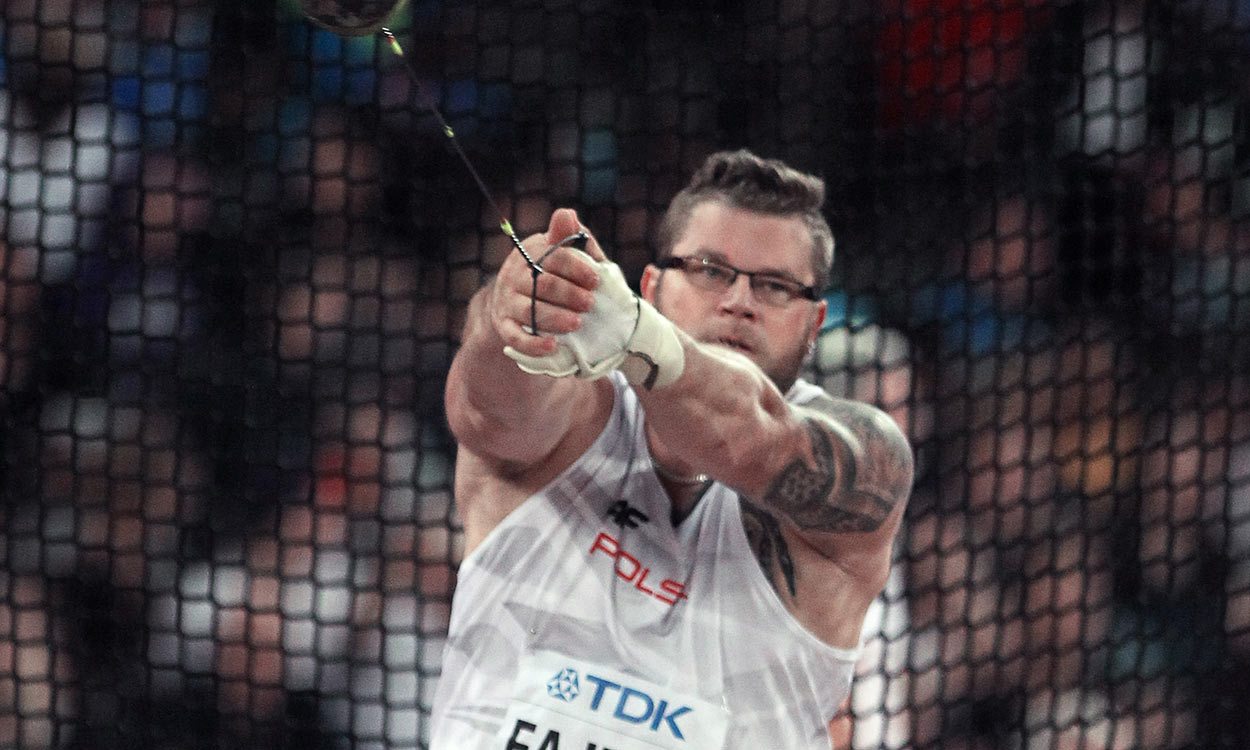 Pawel Fadjek took the world hammer title in Moscow 2013 and Beijing 2015 and he repeated his triumph at London 2017 with an emphatic display.

The 28-year-old Polish athlete won with a fourth-round effort of 79.81m but he owned the three longest throws of the competition as Valeriy Pronkin – a Russian competing under the neutral flag – threw 78.16m for silver and Fadjek’s team-mate, Wojciech Nowicki, threw 78.03m for bronze.

“I was well prepared and feeling great but the circle was really slow and it was hard to throw further,” said Fadjek. “It was doing something weird to my legs and I couldn’t turn faster. When it was wet in qualifying it was an amazing circle and I was expecting to be fast and wet again for the final but it did not rain today.”

For a brief period, Britain’s Nick Miller sat in silver medal position but he wound up in sixth. Still, it was a tremendous performance that saw him come within 24cm of his UK record as he defeated, among others, Olympic champion Dilshod Nazarov of Tajikistan, who finished seventh. 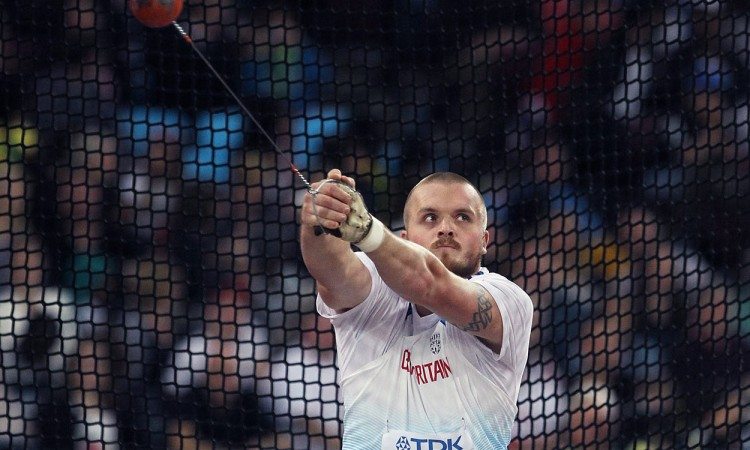 Miller, 24, threw 75.78m in the second round and his best effort came in the third round. At this stage the stadium commentators drew the crowd’s attention to his medal-winning chances but the Border Harriers athlete only got one more legal mark in – 76.16m in the penultimate round.

He fell back to sixth, but it was nevertheless the best result by a Briton in the men’s hammer at the World Championships, beating his own 11th place performance from Beijing 2015.

While Miller is steadily improving, Fadjek has cemented his status as world No.1 and his victory in London came five years after he failed to qualify for the Olympic final.

“I was ‘born’ after London as I took my first gold medal in Moscow in 2013 the year after,” the bespectacled Fadjek said. “I waited five years to come here to do what I should have done in London in 2012. I made history here by winning a third title and that means something special to me.”

In the decathlon, France’s Olympic silver medallist Kevin Mayer holds a 57-point lead overnight with a score of 4478 points. A 2.08m high jump and 48.26 400m gave him a strong finish to the night.

Even stronger in the last two events was Kai Kazmirek of Germany – he high-jumped 2.11m and ran 47.19 in the 400m – while Germany also hold third overnight through Rico Freimuth on 4361 points.

Canada’s double world medallist Damian Warner is still in with a medal chance despite suffering from illness. A 47.47 400m places him fourth after the first day on 4347 points, one place up on former double champion Trey Hardee of the United States on 4313.

Commonwealth silver medallist Ashley Bryant had a solid first day which ended with a 1.96m high jump and 49.24 400m and the Briton lies 16th overnight on 4101 points. “I still think I can do well on day two,” he said. “My 400m was a season’s best by about 0.5 seconds. I high jumped well, long jumped well and had a great first round in the shot. The 100m with a bit of a headwind – it was actually a good run. All in all good, just not the amazing that I thought I was ready to bring.”

In the men’s 1500m semi-finals, Chris O’Hare ensured a British presence in the final with a confident display in his race, but Jake Wightman was knocked out after struggling over the final 200m of his semi.

Elijah Manangoi and Asbel Kiprop made it a Kenyan one-two in the first semi-final as they ran a shade outside 3:40 with Filip Ingebrigtsen of Norway third and Sadik Mikhou of Bahrain and Adel Mechaal of Spain gaining the other automatic places in the final as Wightman faded to eighth in 3:41.79 after being in a promising position midway through the final lap.

Jakob Holusa of the Czech Republic won the second semi with an impressive late burst in 3:38.05. Timothy Cheruiyot of Kenya was second, Marcel Lewandowski of Poland third and O’Hare fourth in 3:38.59 as Fouad Elkaam of Morocco, Nick Willis of New Zealand and John Gregorek also qualified from the race.

“With 200m to go I was smooth and happy with where I was and I had a couple of gears left,” said O’Hare. “That’s the main thing, I’ve come in happy and fit and to be fair I’ve not had a year like that ever before.”

The surprise elimination was Ronald Kwemoi, who won the Kenyan trials and the Eugene Diamond Mile.