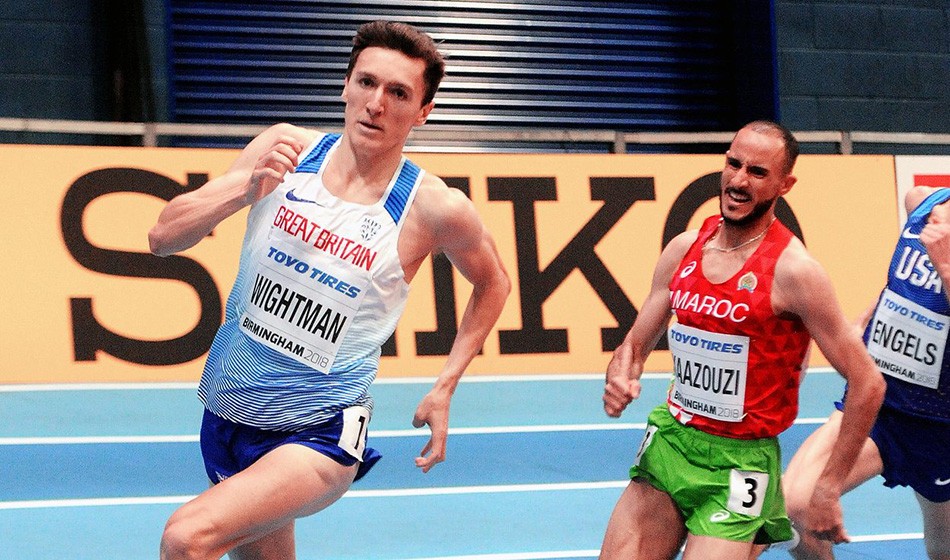 Despite the short nature of the coronavirus-affected summer season of 2020, British middle-distance runners are flourishing and the latest successes came in Ostrava on Tuesday (Sept 8) when Jake Wightman and Laura Muir stormed to big wins.

Surging strongly through a 15-strong field in the closing stages, Wightman improved his PB from 1:44.61 to 1:44.18 to go No.10 on the UK all-time rankings, just one place behind 1980 Olympic champion Steve Ovett.

Four days earlier he had been out-kicked by Dan Rowden at the British Championships but here he passed Andreas Kramer and Amel Tuka to win as fellow Brit Elliot Giles was sixth in 1:45.51 and Guy Learmonth eighth in 1:46.00.

What’s more, it was the fastest time by a Briton over two laps since Andrew Osagie in 2012. Wightman also joins Giles, Rowden, Max Burgin and Kyle Langford as Brits who have broken 1:45 this season, with Wightman now top of the UK 2020 rankings.

“Because there is no major championships this season, it was important to stay quick,” said Wightman. “That was also the reason to run 800m. I am very pleased about my PB by almost half a second. But to get the win was even more important to me today.”

On a day when Caster Semenya lost her appeal against the restriction of testosterone levels in in female runners – making her participation in that event in Tokyo next year unlikely – Laura Muir again showed she is an Olympic medal contender over two laps as she won in Ostrava by almost two full seconds in 1:58.84.

After passing the bell in 58.2, Muir took over with 300m to go when the pacemaker dropped out and powered away from her rivals.

“The time is very good and I am happy about it but it could have been even a bit faster if I had someone with me in the last 50m,” said Muir, who is planning to race just twice more before ending her season.

Double Scottish win over 800m in Ostrava tonight 🏴󠁧󠁢󠁳󠁣󠁴󠁿 (plus a little 1:44.1 PB on the side)

British middle-distance runners did not have it all their own way at this Continental Tour Gold meeting, though. In the women’s 1500m Laura Weightman ran a fine 4:01.96 to beat Jemma Reekie’s 4:03.25 but the duo were powerless to stop Faith Kipyegon running away from them during the final 300m as the Kenyan won in 3:59.05.

Most exciting race of the night, however, was the men’s 5000m as Ugandan teenager Jacob Kiplimo narrowly out-kicked long-time leader Selemon Barega of Ethiopia in meet record of 12:48.63. In third, Yemane Crippa broke Salvatore Antibo’s long-standing Italian record with 13:02.26.

Karsten Warholm was again in outstanding form as he took the 400m hurdles in 47.62 but his world record ambitions were thwarted as he stuttered slightly into the penultimate barrier, losing valuable momentum. Fellow Norwegian Jakob Ingebrigtsen was also in winning form with a 3:33.92 victory in the 1500m.

The 300m hurdles saw Jessie Knight beat Sinead Dudgeon’s British best – a mark that has stood for 20 years – by more than a second as she ran 39.35 in third place behind winner Femke Bol of the Netherlands, who clocked 38.55.

British record holder over the 300m hurdles!!! 🤩🤩🤩 It may not be an event that takes place very often, but I am SO happy with this and most importantly, I loved every second of it! British Champion and British Record Holder in the space of a few days, I am on cloud nine 🇬🇧🌟 @marinaarmstrong08 @teammarina400h

Another Brit in winning form was Holly Bradshaw, who took the pole vault with 4.60m.

Shot putter Ryan Crouser again gave a demonstration of his brilliance with four efforts over 22 metres and a best of 22.43m. In the discus, meanwhile, Daniel Stahl threw 66.42m to win.

Christian Taylor left it late in the triple jump as he jumped 17.46m in round six to overtake Hugues Fabrice Zango to take victory by just 4cm.

Just a few days after her one-hour world record in Brussels, Sifan Hassan sprinted to victory in the women’s 5000m in 14:37.85.

On a busy day of athletics, Malaika Mihambo of Germany set a women’s long jump world lead of 7.03m at a meeting in Dessau. Javelin thrower Johannes Vetter was in action there too, but could not replicate his big throw in Poland on Sunday as he won with 86.17m.